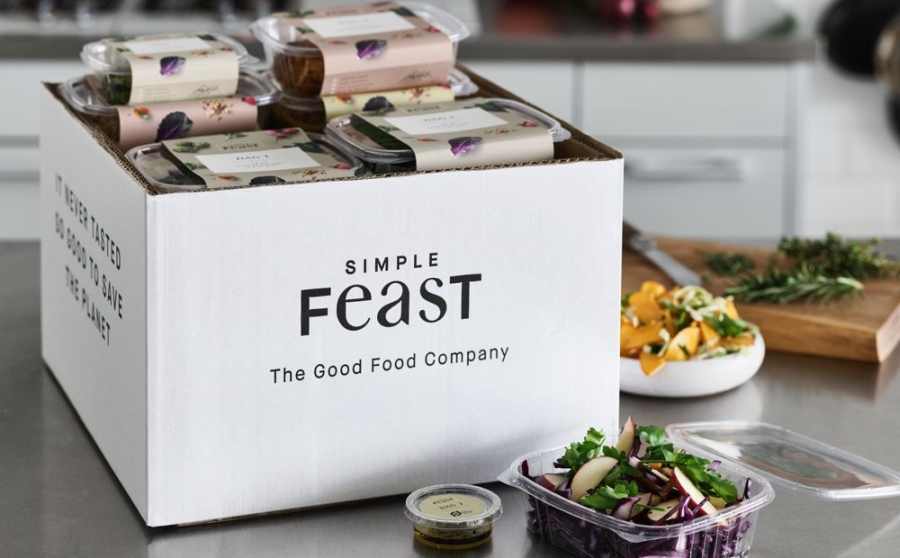 Simple Feast is a Danish sustainable food delivery startup that delivers plant-based, organic meal boxes every week, ready to serve in 15 minutes. Its mission is to give people an easy and delicious way to reduce their climate footprint.

Having already previously raised over $50 million to date, Simple Feast is flying on crowdfunding raise, welcoming over 600 investors to its roster. The startup has also raised nearly €2 million from a crowdfunding campaign with a week remaining on raise. Simple Feast plans to use the funding proceeds to drive expansion through community ownership

Founded in 2015 by serial entrepreneurs Jakob Jønck (CEO) and Thomas Stilling Ambus,  Simple Feast delivers plant-based, organic meal boxes every week, ready to serve in 15 minutes. The goal is to give people an easy and delicious way to reduce their climate footprint. Joenck also co-founded the running app Endomondo and played a key role in building the MyFitnessPal app. Both apps were sold in 2015 to the American brand Under Armour.

Simple Feast has opened up shareholding opportunities to the public, making it possible for everyone to get ownership in the fast-growing company – democratizing its structure and allowing the people to own one of Europe’s fastest growth sustainability companies. The raise has already raised nearly twice the target, and the company is thrilled to have welcomed over 600 new owners to its sterling roster of investors.

20% of stock trades are made by retail investors, according to Bloomberg Intelligence and it has been estimated that ordinary retail investors have on average accounted for 23 percent of all US equity trading in 2021, more than twice the level of 2019 – Retail stocks went up 97%… in March. Trends are showing that an increasing number of people are getting into the stock market and starting their investment journey. Amature investors in great numbers have changed how global markets work. The boom in people investing is also good news for Simple Feast’s CEO Jakob Joenck.

“We have decided to offer shares of our business to show our loyalty to existing as well as future customers because they are the ones creating real change in the world every time they eat plants instead of meat. This is the reason that we are now making it possible for them to join us on our journey and own a part of Simple Feast,” says CEO Jakob Joenck.

Simple Feast started its plant-based food adventure four years ago and has experienced great success ever since. It operates in Denmark, Sweden, and Los Angeles and has grown 110% year over year in meals delivered.

In 2019 Simple Feast raised a total of $33 million in a Series B round led by US-based venture capital firm 14W, with a number of other existing investors, including Europe’s Balderton Capital, increasing their investment in the business. Earlier this year the company extended the round with another $12 million led by the Swedish venture capital firm Kinnevik.

In 2020 the company entered the US market and CEO Jakob Joenck has moved to the US to help his team grow the business.

“We now have our sights set on growing our product portfolio, expanding our geographic footprint, and increasing our support of the environment as we go global. Our first stop is the US, starting with Southern California – the epicenter of the plant-based food movement” Jakob Joenck says and continues, “Now, we’re excited to bypass the traditional investment model, and offer our customers, and community, the opportunity to own a part of Simple Feast, and to join us on our journey in using food as a force for good on our planet.”

Existing investors are excited – Daniel Waterhouse, a partner in London-based venture capital firm Balderton Capital was one of the first to invest in the company and he is more than satisfied with what the company has achieved so far.

“As we all look for ways to eat more sustainably and the plant-based food industry continues to grow, Simple Feast is uniquely positioned to drive disruption in the market. What sets Simple Feast apart from competitors is its commitment to working with whole foods, world-class chefs and food scientists to continually innovate, resulting in highly nutritious and convenient alternatives. The team is at the forefront of the food revolution and we’re delighted to be one of their supporters,” Daniel Waterhouse says.

Magnus Jakobson, investment director at Kinnevik supports this by stating that “A lot of people want to eat more plant-based, but it’s just too complicated and time-consuming to do it yourself. The nearly ready to eat meals from Simple Feast offers a very high convenience value to the consumer.”

Simple Feast is certified with the international certification standard B Corp™. The certificate defines success on the basis of an inclusive and sustainable economy, and Simple Feast meets the highest verified standards of transparency, responsibility, sustainability, and performance – all with the aim of generating value for the business and for society as a whole. 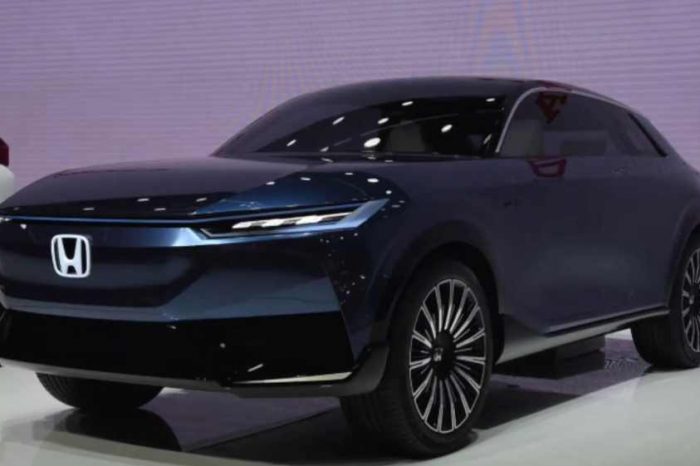 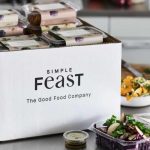