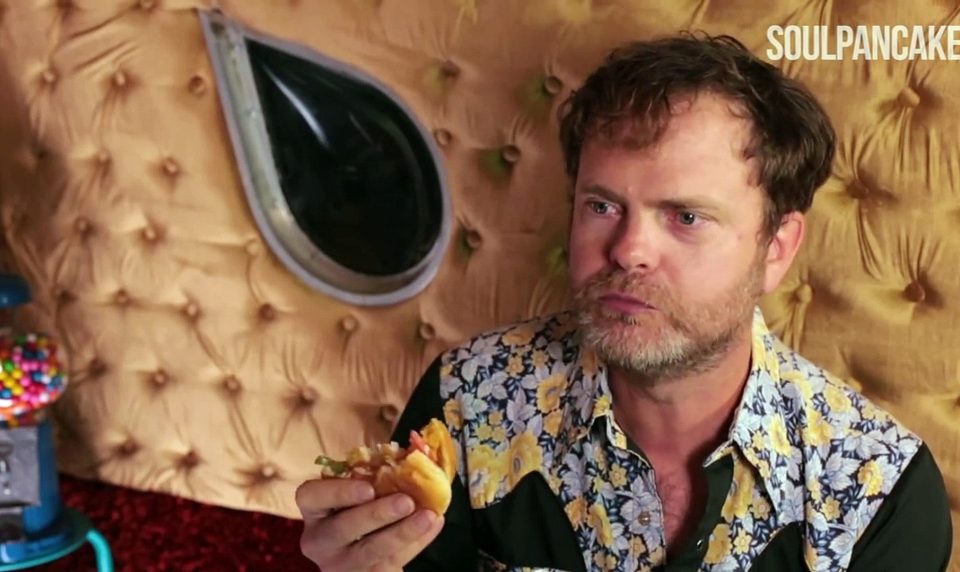 Who would’ve thought that Tesla CEO Elon Musk would exchange a bite of chicken burger for a Tesla in the back of a 70s-era van? In this 2013 cameo, Musk was captured by ‘Office’ star and SoulPancake founder Rainn Wilson. Immediately after he was captured, Musk was magically transported into Rainn Wilson’s 70s van with Wilson eating a chicken burger.

Then the conversation got weird from that point on. Wilson offered Musk a piece of his chicken burger. As Musk tried to grab the burger from his hand, Wilson denied Musk a bite of the burger. “You may be a billionaire, entrepreneur, inventor, man extraordinaire, but you’re not getting any of my chicken burger,” Wilson told Musk.

From there, the interview takes on a slightly more serious tone, as the two discussed Musk’s stated interest in colonizing mars and talked about global warming. Musk also talked about warming Mars up using greenhouse gases, the first baby “the first Martian” to be born on the planet.

Wilson asked Musk why he wanted to go to Mars. Musk responded:

Musk also admits to having attended the Burning Man festival wearing a Darth Vadar costume. Towards the end of the interview, Wilson finally reached a deal with Musk. He asked Musk for a Tesla car in return for a bite of his chicken burger to which Musk agreed.

At the end of the interview, Musk swapped a bite of Wilson’s chicken burger for a Tesla model. Below is the full video clip. Enjoy! 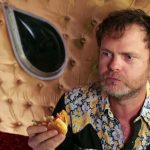