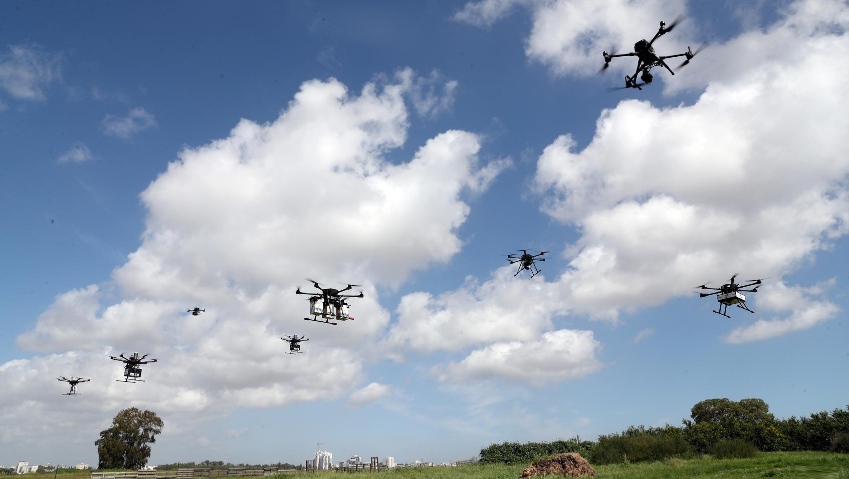 As the prices of drones go down, companies and governments around the world are exploring how they can use drones to solve day-to-day problems. In Europe, for example, several startups like Quaternium, Drone Tools, and Manna Aero, and in the US and Canada companies such as Zipline and Draganfly were using drones to help in their regions and neighboring countries to decrease the aftermaths of the pandemic and save more lives.

Now, one town is taking the drones to the next level. According to a report from Reuters, the skies above the Israeli town of Hadera were abuzz with delivery drones on Wednesday as different drones from different companies fly in the same airspace – and coordinate between themselves.

According to the report, Israeli national authorities tested a central control room for safely coordinating the small pilotless aircraft with each other as well as with planes and helicopters.

The popularity of the cheap, low-flying drones, and their potential for ferrying anything from pizzas to prescription drugs between businesses and homes, has stirred fears of mid-air collisions or crashes that could cause casualties on the ground.

“This is an opportunity for the regulators to learn what is needed to establish delivery drones as a daily reality and for the drone operators to learn what is expected of them in turn,” said Hagit Lidor of the Israel Innovation Authority, one of several state agencies involved in the test.

In the first live trial of a two-year test phase launched in January, rural Hadera’s airspace was turned over to five private firms that flew drones on criss-cross runs designed to test the responses of a control room in the city of Haifa, 56 km (35 miles) away.

To keep the drones – which went up 20 at a time – no more than 120 meters (yards) above ground and no less than 60 meters (yards) apart, the control-room staff sent alerts and rerouting instructions to their operators electronically.

“For the first time, we are managing airspace as a single entity, synthesizing drone operators with established civil and military aviation,” said Lidor. 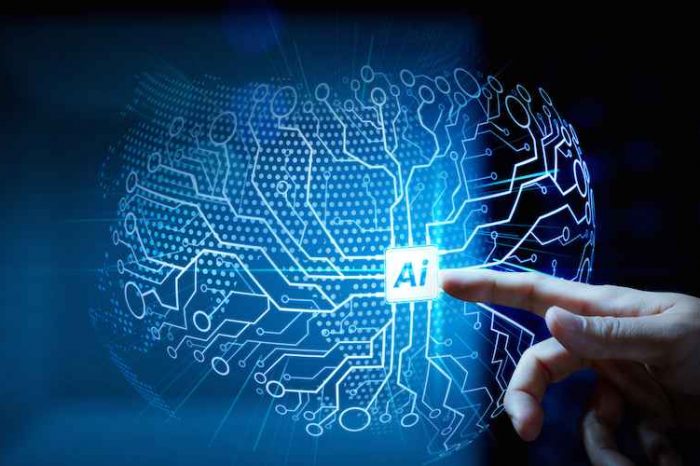 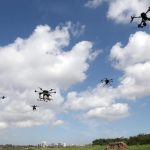