Contrary to the media narratives, this week’s market activity surrounding GameStop and Wall Street is not about finance. It’s about what many are calling the ongoing war between the elites and populists and exacerbating wealth inequalities. First, let’s go back to how it all started. In early 2019, the stock price of the struggling video game retailer GameStop fell off a cliff. The stock dropped from about $16 per share to under $4. Then, on April 3, 2020, the stock fell to a two-year low of $2.80.

In the second half of 2020, the fate of the ailing company started to change after investors like Michael Burry and Ryan Cohen bought shares in the company. Just like before the stock collapsed, things were looking good for the company and its shares started to rise again. Then in January, amateur investors decided to join the big boys to invest in the company. Just like any big boys club, little people are not welcome. And that’s when all war broke out between Reddit amateur traders known as WallStreetBets (a Reddit board of over 2.8 million members) and hedge funds on Wall Street.

With WallStreetBets throwing its hat into the ring, the stock price of GameStop leaped from just over $35 per share to the north of $140 per share between January 20 and January 26. By January 27, GameStop hit new highs of over $325 per share — an over 8,000% increase from just a few months ago.

But GameStop’s stock surge came at a time when the hedge funds and other Wall Street, who had bet against the company, now have to cover their position. According to financial data analytics firm Ortex, short-sellers have lost an estimated $70.87 billion from their short positions in U.S. companies so far this year.

As amateur investors beat the hedge funds at their own game, the Wall Street bigwigs will not go down without a fight. Something has to be done. So this week, the elites fought back using trading platforms like Ameritrade, Robinhood, and others. Robinhood is a fintech startup that provides a free-trading app for individual investors. The company says its mission “is to democratize finance for all.” That all changed this week after Robinhood decided to ban millions of amateurs investors aiming to invest in struggling companies like GameStop. That was when Elon Musk stepped in.

Even though he’s the world’s richest person, an average person looks at Tesla CEO Elon Musk as someone who’s their side fighting for them. Anyone who has ever read the history of Musk knows that his road to success was an easy one. So, the little guys are not in any way surprised when they see Musk standing for them, especially when it comes to censorships from the Big Tech, the elites, Wall Street hedge funds, and other bigwigs.

In recent weeks, Musk has been tweeting about everything ranging from urging people to ditch Facebook in favor of the secure messaging app Signal.

In response to his tweet, millions of Musk’s fans and investors rushed to snap up shares in Signal but many of them accidentally bought shares in a small components company called Signal Advance, a one-man startup that has nothing to do with Elon Musk’s recommended company Signal, sending its stock up 1,100%.

Yesterday, Musk lashed out at short-sellers and hedge funds, calling stock-shorting a scam. “You can’t sell houses you don’t own, …but you can sell stock you don’t own!?,” Musk said in a tweet.

However, some investors and Wall Street are beginning to get worried. As CNBC pointed out today, Vincent Flood, presenter of the “VideoWeek” podcast, which looks at the advertising market, said Musk’s tweets can “have devastating consequences for retail investors whilst he and his friends enrich themselves at the expense of the little guy.”

“There’s an odd irony to Elon Musk’s ability to move the market while attacking what he sees as unnatural market forces in short-selling,” Freetrade analyst Dan Lane told CNBC. “It might be that this is finally the time to have a discussion on the legitimacy of the practice.”

Per CNBC, Ex-Googler Rich Pleeth, an entrepreneur and tech investor in London, also agreed with Vincent Flood. He told CNBC that Musk can “enrich himself with one tweet.” Pleeth said,

“He [Musk]  is an innovator but that doesn’t mean he’s above the law.”

Nonetheless, Wall Street elites have all the reasons to be worried. For many years, Wall Street elites have has been sticking it to the Mainstreet by manipulating the market and enriching themselves at the expense of the hard-working people. For example, at the time when millions of people around the world lost their lives, America’s 660 billionaires added more than $1 trillion in wealth between mid-March of 2020 and January 20, according to a report from Forbes. So, where does their wealth come from? Mostly from their investments in publicly trading companies on Wall Street.

Now, individual investors aiming to beat Wall Street at their own game. Amateur investors like the WallStreetBets, a Reddit board with over 2.8 million members, are now fighting back. And not surprisingly, they are getting much-needed support from Elon Musks. For example, when the hedge fund firms shorted the stock of GameStop, a flailing video game chain that was fighting for its survival, WallStreetBets encouraged its member to hold the stocks of GameStop. In support of GameStop, Musk also tweeted: “GameStunk,” sending GameStop soaring another 130%; stock skyrocketed about 700% in just 2 weeks.

In the end, the amateur Reddit investors were able to “unite and squeeze” short sellers to the point they had to close out their short position in GameStop. The stock price of GameStop went from $2.80 on April 3, 2020, to $344.27 this week. CNBC reported that Melvin Capital closed out its short position in GameStop on Tuesday afternoon after taking a huge loss. CNBC could not confirm the amount of losses the firm took on the short position. Citadel and Point72 have infused close to $3 billion into Melvin Capital to shore up its finances.

However, the elites will not go down without a fight. After losing billions of dollars in short-selling, trading exchanges like Ameritrade, Trading 212, and Robinhood, a free-trading app, banned WallStreetBets and other amateur investors from trading on their platforms. It started with Ameritrade. Robinhood followed suit on Thursday after it announced that millions of its customers will no longer be able to buy Gamestop stock on its free-trading app, thereby blocking 2.8 million members of the WallStreetBets forum on Reddit. Robinhood also said it aims to do the same for AMC, Nokia, BlackBerry, Naked Brands, and a few other stocks.

Immediately after the announcement, U.S. Congresswoman Alexandria Ocasio-Cortez (AOC) expressed outrage and called for the investigation of free-trading app Robinhood over market manipulation. Elon Musk joined AOC in a call to investigate Robinhood and other exchanges. In a response to AOC’s tweet, Musk said: “Absolutely.”

Robinhood finally caved after a growing chorus of public figures came against the stock trading app startup. The company later allowed GameStop stock to continue to trade on its platform. The stock of GameStop surged again after the news.

Meanwhile, some investors are now calling for new regulations to reign in on people like Musk. As part of the same interview with CNBC, Freetrade’s Lane said that:

“Regulators don’t just need to catch up, they need to proactively enforce rules and clarify what is acceptable.” Lane added, “And that goes for the shorts, too.”

Lane also noted that: “The reality is that the new brand of charismatic leader has a public platform now and isn’t confined to the boardroom. It’s up to regulators how they deal with that but, eventually, the onus will be on them to update the rule book.”

CNBC also spoke with another London-based venture capital investor Hussein Kanji who said he trusts the SEC to do its job and keep markets rational and fair.

“But Elon Musk acting as an ultimate influencer and driving demand in a regulated securities market seems odd,” said Kanji. “If he was moving volume for a consumer product, I wouldn’t raise an eyebrow.” 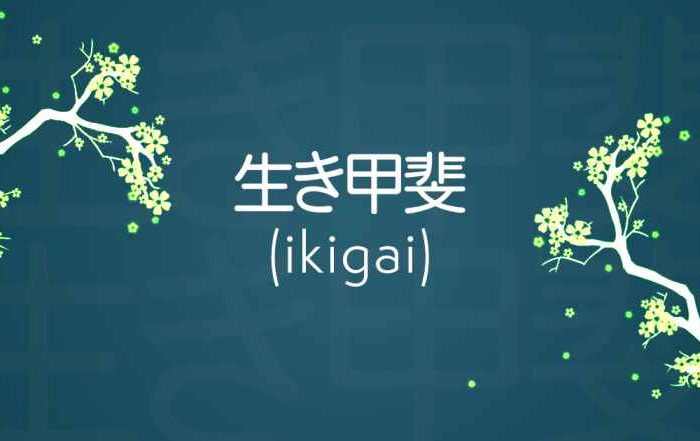