In a minor setback to the free speech social app Parler, a federal judge on Thursday rejected its demand that Amazon.com restore its web hosting services. However, Parler CEO John Matze said he is ‘confident’ the platform will return back fully by month’s end after series of positive developments.

About two weeks ago, Amazon pulled the plug on Parler’s servers over the accusations that the platform helped incite the January 6 attack at the U.S. Capitol. Amazon’s decision to shut down all Parler servers came a few days after Apple and Google removed Parler from their app stores.

In rendering her verdict, U.S. District Judge Barbara Rothstein in Seattle said Parler failed to show it was likely to prevail on the merits of its claims, or that the public interest supported a preliminary injunction requiring the restoration of service. Amazon said it removed Parler off AWS, its web-hosting service, following reports that rioters who seized the US Capitol last week had used Parler to organize and incite violence.

However, Parler said Amazon had no contractual right to shut down its servers, and did so out of “political animus” to benefit Twitter Inc, a larger Amazon client that Parler said did not censor violent content targeting conservatives. Parler also argued that Amazon shut it down to block Trump from joining.

Meanwhile, Parler’s website came back online just a week after Amazon shuts down the “free speech” social app. Parler CEO said he’s ‘confident’ that his social media platform will return by the end of January following a weekend of positive developments.

In the first update when the static page came online, Matze wrote:

“Hey is this thing on? Now seems like the right time to remind you all — both lovers and haters — why we started this platform. We believe privacy is paramount and free speech essential, especially on social media. Our aim has always been to provide a nonpartisan public square where individuals can enjoy and exercise their rights to both. We will resolve any challenge before us and plan to welcome all of you back soon. We will not let civil discourse perish!”

“We’re going to be putting periodic updates there,” Matze said “We’re going to try to get an update out every day… so that people can stay up to date with the site.” 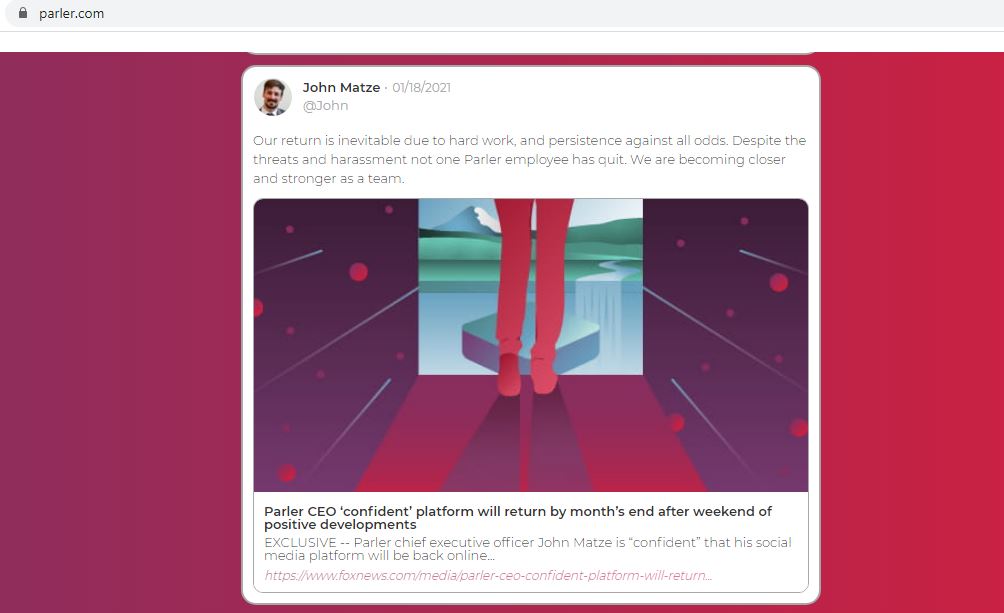 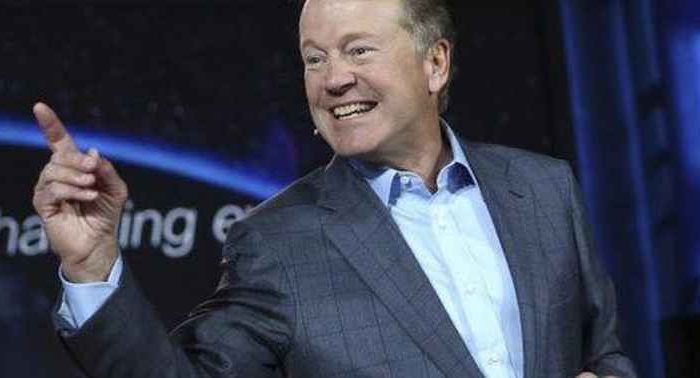