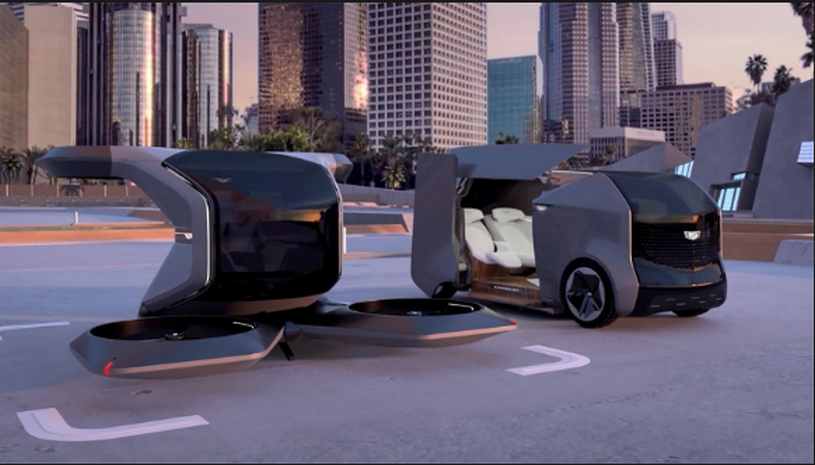 As we noted yesterday, the electric air taxi space is beginning to get crowded. First, it was Lilium,  a Munich, Germany-based aerospace startup developing a revolutionary on-demand air taxi service that is powered by the all-electric, vertical take-off and landing Lilium Jet. We covered Lilium here back in 2019.

Then German aviation startup Volocopter joined the race in 2020. Yesterday, Chrysler threw itself into the ring after the carmaker announced it has teamed up with aerospace startup Archer to build an electric air taxi.

Now, General Motors just unveiled its futuristic flying Cadillac – a self-driving vehicle that takes off and lands vertically and carries the passenger above the streets and through the air. According to Reuters, the single-passenger Cadillac is technically a vertical take-off and landing (VTOL) drone that will be able to travel from urban rooftop to urban rooftop at speeds up to 55 miles per hour.

Presented in a video as part of a virtual keynote presentation by Chief Executive Mary Barra, along with a family-friendly Cadillac electric shuttle, the flying Cadillac is fully autonomous and all-electric, with a 90kW motor, a GM Ultium battery pack, and an ultra-lightweight body with four pairs of rotors.

As a senior GM executive described the concept, it is “reimagining the future of personal transportation.”  Barra last year revealed the automaker was exploring such alternative transportation modes as aerial taxis.

The concepts in the CES video were introduced by GM design chief Mike Simcoe, who described the VTOL as “the Cadillac of urban air mobility”. VTOL is key to GM’s vision for a multimodal future,” he said.

The autonomous Cadillac shuttle, described in the video as “arriving soon,” features a boxy silhouette that recalls the Cruise Origin, also designed by Simcoe’s team. It features fore and aft sliding doors and a panoramic glass roof. The cabin has wraparound lounge-like seating, plus biometric sensors, voice control, and hand gesture recognition.

Meanwhile, GM is not the only automaker making its foray into air taxi. Other bigger companies, including Boeing, Toyota Motor, and Hyundai Motor, are either working on similar concepts or partnering with technology startups, to develop air taxis of the future. For example, we wrote about Toyota in January of last year after the automaker made its first big bet on electric air taxis with a $394M investment in all-electric flying car startup Joby Aviation. 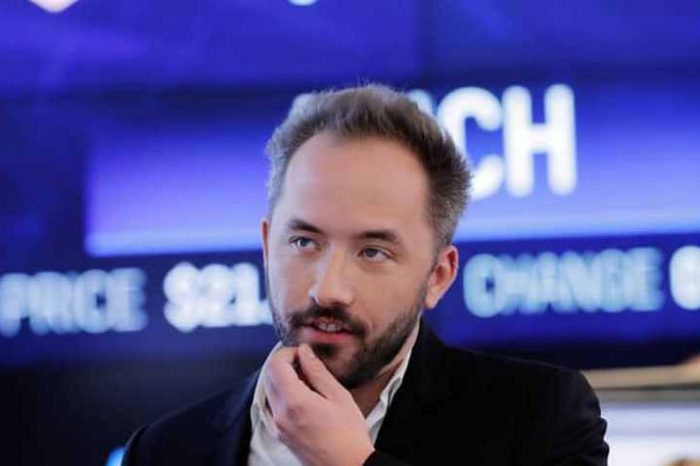 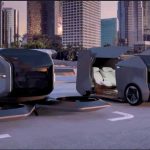