Where is Jack Ma? The absence of Alibaba’s founder from public eye is sparking social media speculations

Just over a year ago, Jack Ma, the co-founder of Chinese e-commerce giant Alibaba, stepped down as the executive chairman of China’s largest company after a 20-year reign. Since then, Ma has been keeping himself busy with philanthropic work around the world. In March 2020, we even wrote about Ma after the billionaire and Alibaba co-founder sent a shipment of coronavirus test kits and masks to the United States immediately after coronavirus was first reported in the U.S.

Now, mystery surrounds the whereabouts of China’s richest man after he criticized the Chinese Communist Party. The Chinese tech billionaire has been absent from the public eye since late October. Some say Jack Ma has not been seen for over a year. The news of his absence was first reported after Ma failed to show up from his own reality show as Beijing launches a probe into his ‘monopoly.’ The fate of Ma has become the subject of intense speculation on social media, especially on Twitter.

The 56-year-old is said to have a net worth of $47.6 billion from Alibaba, the company he co-founded with 18 others in 1999. Alibaba is the Asian version of Amazon. However, Chinese rulers seemed to turn against Ma after sparring with regulators and state-owned banks at a financial technology conference in October.

“I am honored to partner with HRH The Duke of Cambridge @KensingtonRoyal & other global leaders and organizations to support the  @EarthshotPrize and tackle the environmental challenges we all face. Together, we can protect our planet from climate change! https://bit.ly/2I151YK”

In an earlier tweet, Ma had said that he ‘couldn’t wait’ to meet the contestants. There has been no activity since then on the father-of-three’s Twitter account, one that had regularly seen several tweets a day.

In a January 3 tweet, one of Ma’s fans asked with a picture that looks like the children’s cartoon book Where is Waldo, “Where’s Jack Ma?”

A persevering and resilient person, Jack Ma overcame many obstacles and challenges to become one of China’s richest men. Ma received more than a dozen rejections — including from KFC — before being hired as an English teacher. Ma applied ten times to Harvard Business School (HBS) and got rejected.

The former English teacher stepped down on his 55th birthday after amassing a $41.8 billion fortune — a trove surpassed in Asia only by India’s Mukesh Ambani, according to the Bloomberg Billionaires Index.  Alibaba CEO Daniel Zhang will take over the role of chairman from September 10 as Jack Ma vacates the position.

Update: Alibaba founder Jack Ma is reportedly laying low for the time being, but he’s not missing,  CNBC said. 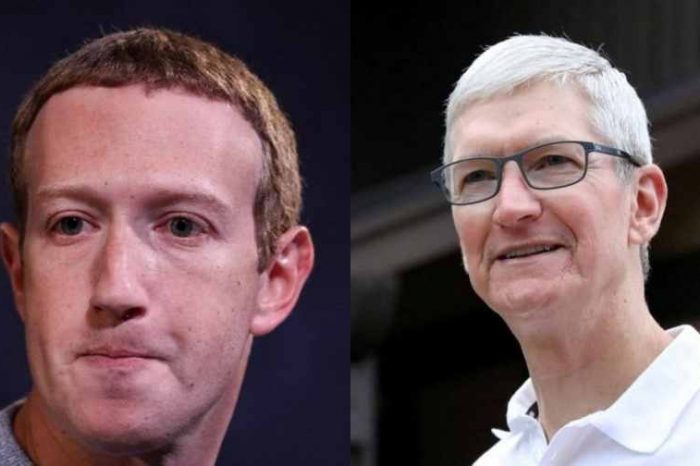 New Apple iPhone's privacy feature will no longer let Facebook track you without your consent. Will turn off automatic "opt-in" to prevent Facebook from tracking your data for targeted advertising

Where is Jack Ma? The absence of Alibaba’s founder from public eye is sparking social media speculations