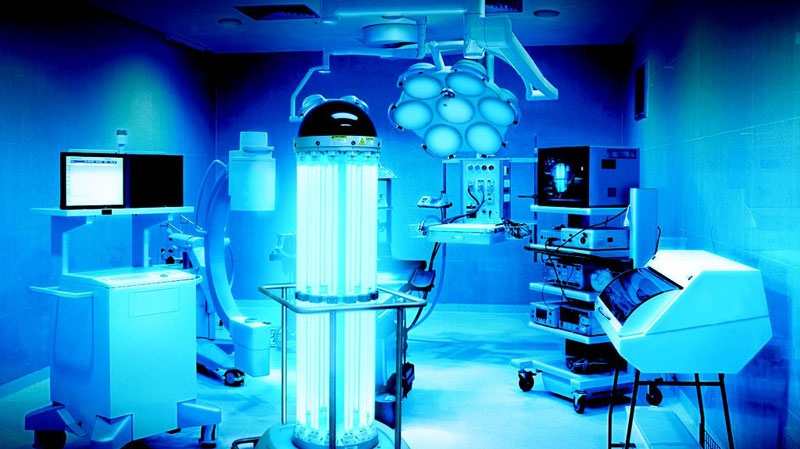 For two decades, The University of California Santa Barbara has been developing LED lights for homes, winning the lead researcher a Nobel Prize. For many years, UV lights have been used to decontaminate large spaces, such as hospital rooms or aircraft cabins. UV light-emitting diodes (UV LEDs) are an emerging technology. But since the COVID-19 pandemic, they’re trying to use the same technology to disinfect personal protective equipment or even air and water from the coronavirus.

In April, we wrote about a new study conducted by a South Korea-based company Viosys and U.S.-based Sensor Electronic Technology, Inc. (“SETi”). The two companies reported that they have successfully killed 99.9% of coronavirus (COVID-19) within 30 seconds using a compound semiconductor Violeds technology that is being mass-produced. Violeds is a patented technology that includes UV LEDs, UV LED fixtures, and UV LED systems. The tests were conducted with the research group of Korea University, Korea’s top rank university.

Fast forward eight months later, Israeli researchers from Tel Aviv University claimed they have found a way to significantly eliminate COVID-19. The new study, which was published in the November 2020 issue of the peer-reviewed Journal of Photochemistry and Photobiology B: Biology, found that UV-LED lights effectively, quickly, and inexpensively kill coronavirus.

As part of the study, the team of Israeli researchers attempted to find the disinfection efficiency of ultraviolet light-emitting diodes irradiation at different wavelengths or frequencies on coronavirus. The team said that the UV-LED lights required less than 30 seconds to destroy more than 99.9% of the coronaviruses.

Originally, the team set out to discover the optimal wavelength for killing coronavirus and found that a length of 285 nanometers was almost as efficient in disinfecting the virus as a wavelength of 265 nm. The cost of 285 nm LED bulbs are 30% lower than that of 265 nm bulbs, plus they are reportedly more readily available.

Below is how the researchers described the results of their findings:

“Our results suggest that the sensitivity of human Coronavirus (HCoV-OC43 used as SARS-CoV-2 surrogate) was wavelength dependent with 267 nm ~ 279 nm > 286 nm > 297 nm. Other viruses showed similar results, suggesting UV LED with peak emission at ~286 nm could serve as an effective tool in the fight against human Coronaviruses.” 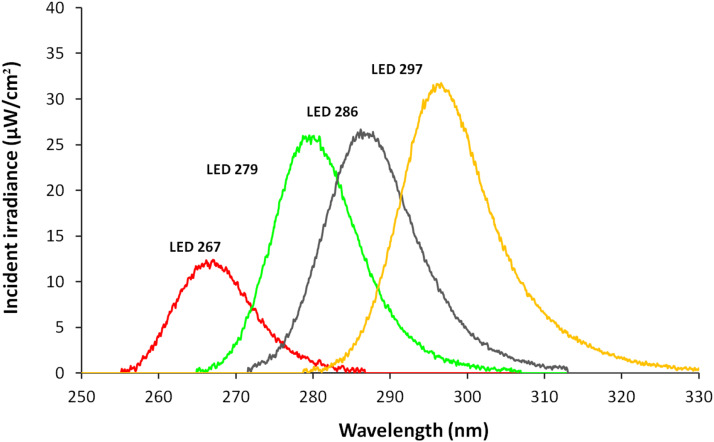 In conclusion, the researchers said:

In a related report back in April, another research found that sunlight, heat, and humidity could weaken the coronavirus on hard surfaces and in the air, William Bryan, the acting head of the Science and Technology Directorate at the Department of Homeland Security, said at the White House coronavirus task force briefing. He said that “emerging results” showed that the virus within droplets of saliva survives best in indoor and dry conditions.

As COVID-19 spread throughout the world, SETi and Seoul Viosys, the fourth-largest global LED maker of Seoul Semiconductor’s affiliates, devoted resources to show how Violeds technology can directly sterilize the virus. The goal has always been to provide technology for a cleaner world, and this includes minimizing the spread of COVID-19, while the company will quickly offer strong sterilization solutions for coronavirus in the air as well as the surface of goods such as facial masks and smartphones.

In the study by SETi and Seoul Viosys, Violeds technology is used to show just how strong the sterilization effect can be on COVID-19 when exposed to Violeds photons for 30 seconds. The study also finds the coronavirus becomes even more sterile when placed closer to the photon with longer exposure time. In addition to testing the coronavirus, the Violeds technology also proved to be successful in sterilizing 99.9% of other harmful bacteria such as Escherichia coli, Staphylococcus Aureus, Pseudomonas Aeruginosa, Klebsiella Pneumoniae, and Salmonella Typhimurium.

Violeds, compound semiconductor technology, is the brand name of the technology that utilizes UV LED for sterilization and deodorization functions. This concept of clean technology has been developed by Seoul Viosys with SETi since 2005 to prevent germ proliferation through the use of a light source (photon) without the need of chemicals that could be harmful to humans. Violeds technology, which has been recognized for its excellent sterilization and stability, has also been used to clean environments for astronauts at NASA’s space station in the United States. Until now, general commercial applications have been limited, as their life was too short for prolonged use. However, since 2019, new patented technology has extended the previous life span by 50,000 hours, making it now the optimal solution for air purification and water sterilization products.

Seoul Semiconductor, Seoul Viosys of South Korea, and SETi Inc. of the United States focuses solely on compound semiconductors. The company holds more than 14,000 patents, in addition to spending over $100 million a year on research and development. CEO Chung Hoon Lee, who is the son of a farmer himself, said when Jimmy Carter, the son of a farmer, became the president of the United States, it has become a turning point in life. He expressed “new history in the light” and “I hope this success story will be a small but heart-breaking story for small and medium-sized manufacturing companies and young start-ups who are dreaming of manufacturing”. 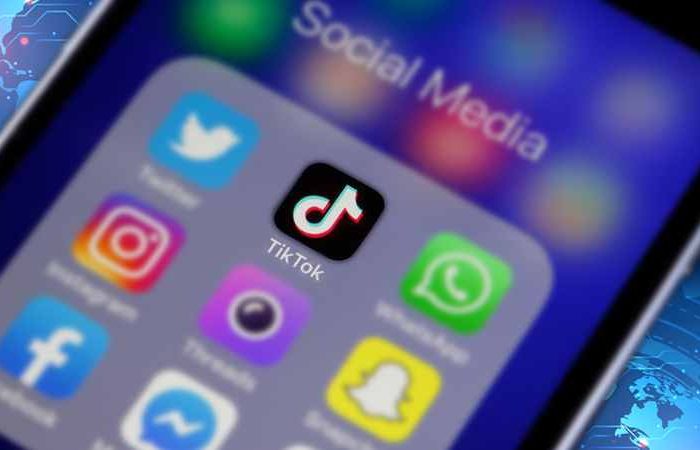 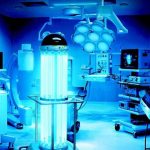