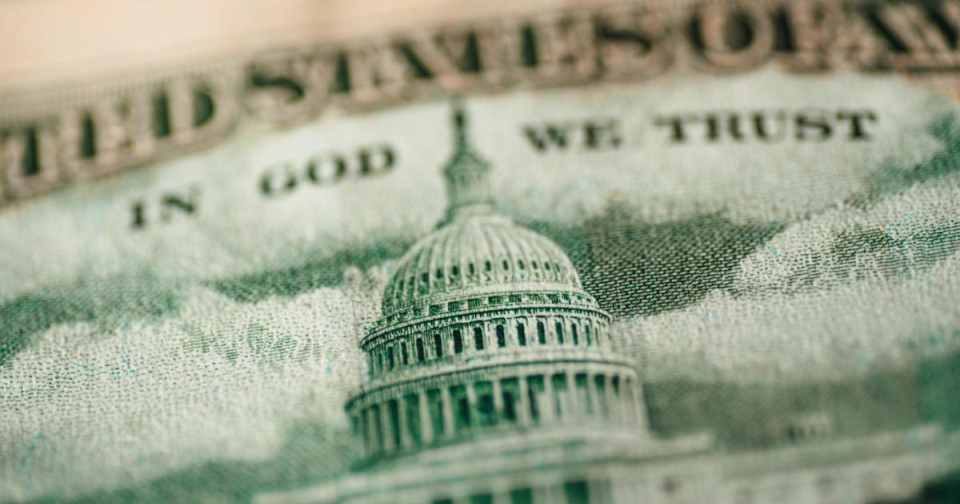 In 2020 alone, the U.S. federal government spent more than $93 billion on information technology (IT), according to publicly available IT spending data on ITDashboard.gov. While the U.S. government has spent a massive amount of money on IT and new technologies like artificial intelligence, machine learning to detect and prevent fraud, the spending has only resulted in more government waste, inefficiencies, and an increase in improper payments.

For the first time, the United States government is admitting that it has paid at least $2.3 trillion in improper payments since 2014, according to a publication by the Congressional Research Service. To put this into perspective, this payment is about the size of the United Kingdom’s GDP, which was $2.855 trillion in 2018.

Just last year, the Congressional Research Service also found that these improper payments totaled $175 billion – that’s about $15 billion per month, $500 million per day, and $1 million a minute. Not surprisingly, a large portion of these improper payments could have been prevented by the proper use of technologies already available to the government. These problems could also present opportunities for new and innovative tech startups.

“Payments that should not have been made or that were made in an incorrect amount, including both overpayments and underpayments. This definition includes payments made to ineligible recipients, duplicate payments, payments for a good or service not received, and payments that do not account for applicable discounts.”

Since FY2004, federal agencies have been required to report on the amount of improper payments they issue each year and take steps to address the root causes of the problem. The data show a significant increase in improper payments from FY2007 ($42 billion) to FY2010 ($121 billion), followed by a slight decrease through FY2013 ($106 billion), another increase through FY2016 ($144 billion), and a slight decrease in FY2017 ($141 billion). 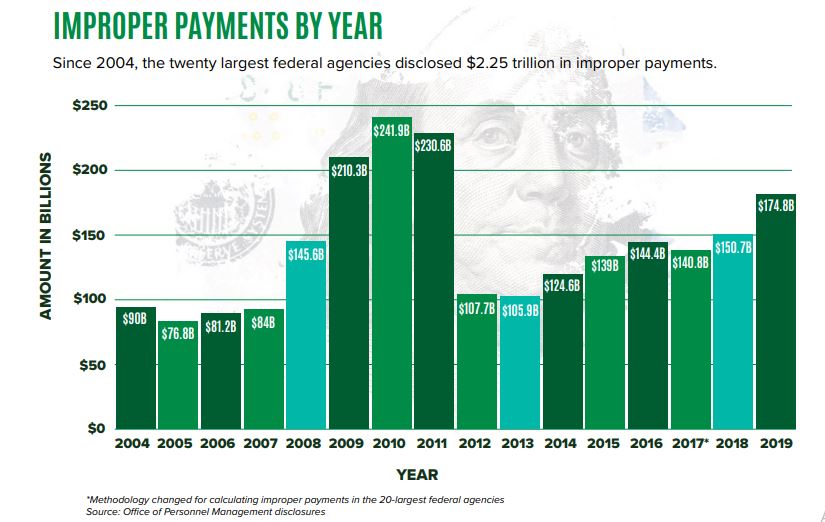 In a separate but related 24-page oversight report published by OpenTheBooks.com, auditors found that improper payments increased by more than $24 billion from 2018 to 2019 across 20 largest federal agencies.

Below are the top 10 takeaways regarding improper and mistaken payments by the 20 largest federal agencies in 2019: 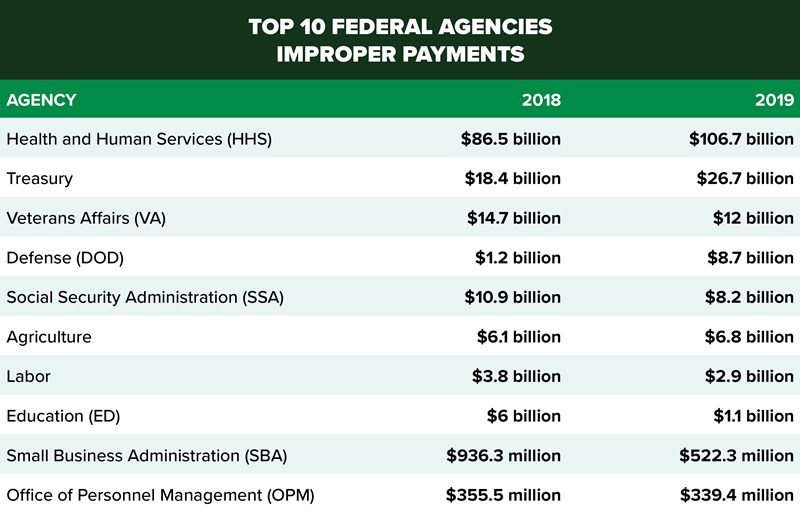 6. Ancient Americans: Six million Social Security numbers are active for people aged 112 ; however, only 40 people in the world are known to be older than 112 years of age. 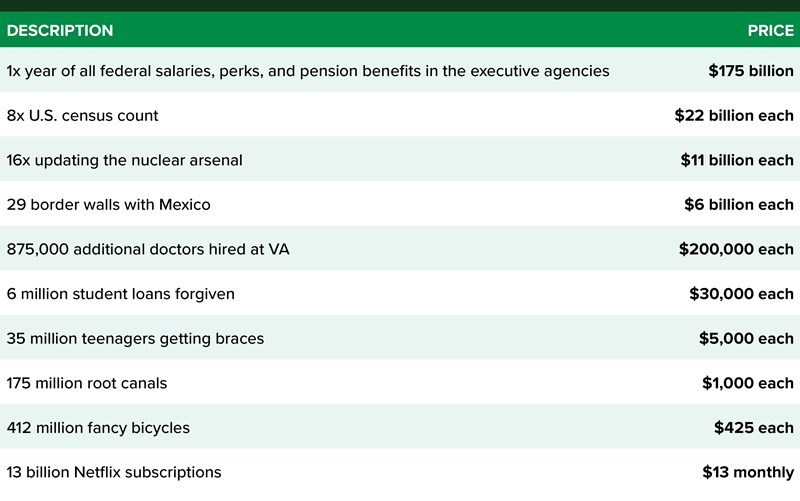 In order to address problems, we first have to understand the root cause. Below are the root causes of improper payments from 2015-2019. 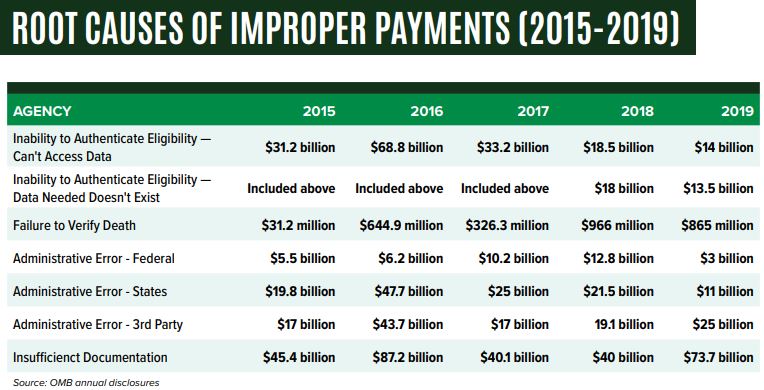 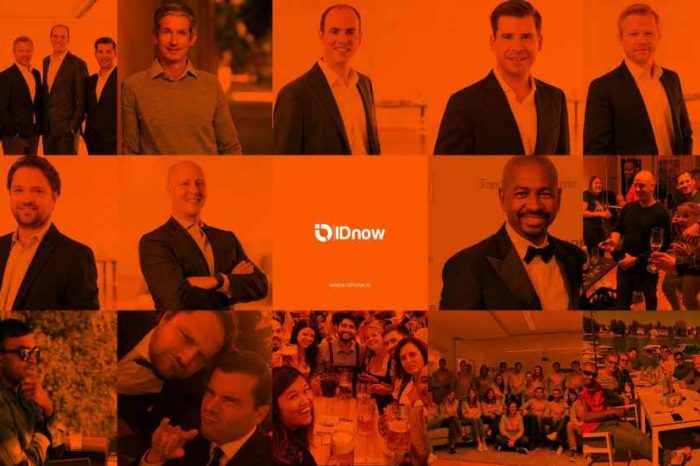 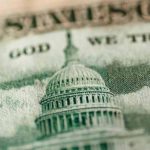