Twitter plunges by 21% as user growth fell short of expectations; posting its worst day since 2014

Shares of Twitter plunged more than 21% on Friday, a day after the social media giant reported adding fewer than expected new users during the third quarter. Twitter reported user growth that fell short of expectations amid heightened scrutiny and the challenge of handling posts around the U.S. election.

Twitter grew its total daily active users by only 1 million from the same period last year to 187 million, falling shy of the 195 million analysts expected. However, its total revenue rose 15 % to $936 million, beating the $777 million estimate Wall Street analysts had estimated. Twitter ad revenue grew over a year to $808 million, but the company warned that the U.S. presidential election makes advertiser behavior “hard to predict.” 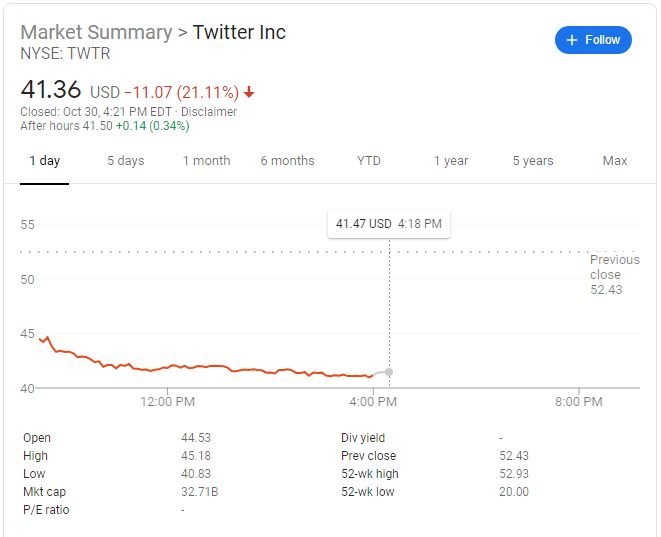 Over 23,000 scientists and doctors worldwide signed a letter urging governments around the world to end the ‘devastating’ lockdowns

Bill Gates warns of "climatedemic," another global crisis that could be worse than the COVID-19. Estimated that 3 million people could die if climate change is not stopped 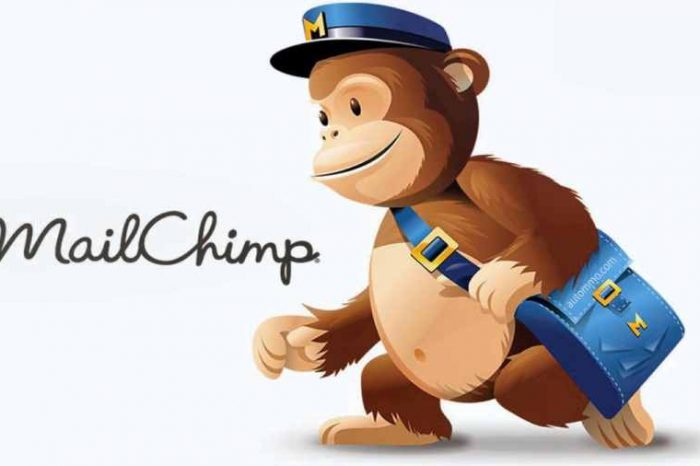 Forget about Big Tech censorship, Mailchimp is now going to fact-check all your emails

Twitter plunges by 21% as user growth fell short of expectations; posting its worst day since 2014