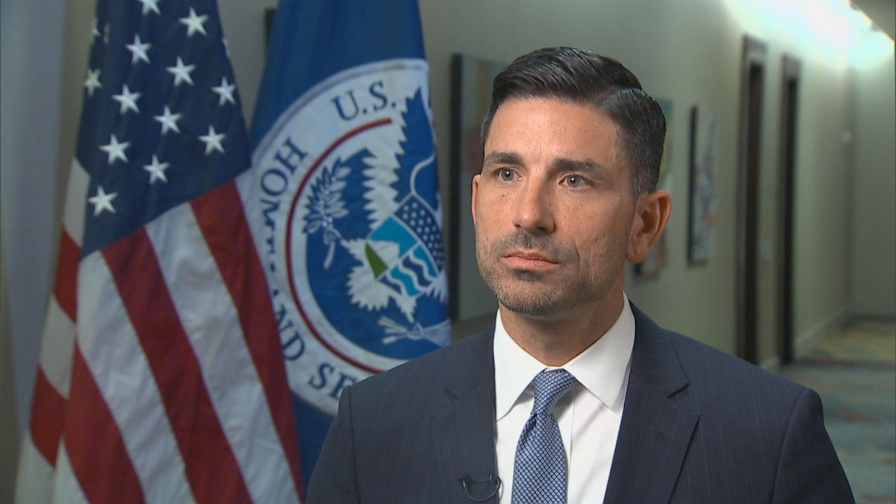 Yesterday, Twitter suspended CBP Commissioner Mark Morgan after he touts the success of the border wall saying “the border wall keeps out gang members, murderers, and sexual predators.” Morgan later shared the Twitter notification he received, which Twitter claimed “violated our rules against hateful conduct,’ alleging he either ‘promoted violence against, threatened, or harassed’ a minority group based on them being a minority” 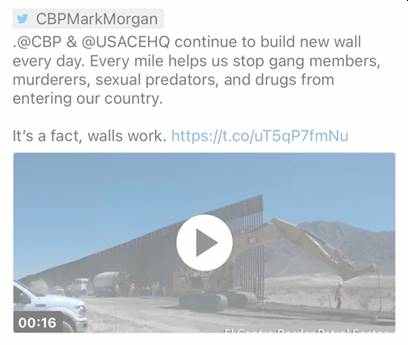 It should not be up to corporate bureaucrats to determine what security information the American public receives. https://t.co/9WzHcn4HLn pic.twitter.com/4lHJW5vEpZ

You can read the full letter below.

I write to you about Twitter’s recent censorship of Mark Morgan, the Senior Official Performing the Duties of Commissioner of U.S. Customs and Border Protection (CBP). Not only was Twitter’s act of censorship unjustified—the tweet is supported by data—it is disturbing. As the Department of Homeland Security (DHS) and other Federal agencies continue to rely on Twitter to share important information with the U.S. public, your censorship poses a threat to our security.

The Acting Commissioner’s tweet did none of these things. Read it. Watch the video. The fact that the tweet was removed and the account locked is startling. It is hard to understand how anyone believed Mr. Morgan’s tweet promoted violence, threats or harassment. Especially considering that the facts about the border wall system support the tweet.

Whether you know it or not, CBP guards the front line of the American homeland. CBP repels and arrests thousands of violent criminal gang members each year. CBP rescues young girls who are forced into cross-border sex trafficking. CBP intercepts dangerous drugs and contraband, including enough of the opioid fentanyl to kill every man, woman, and child in the United States several times over. CBP fulfills the United States’ most obvious and essential law enforcement and national security responsibility to the people of our country. Your company may choose to be ignorant of these facts, but it is no less censorship when you choose to suppress them.

There was no reason to remove Mr. Morgan’s tweet from your platform, other than ideological disagreement with the speaker. Such censorship is disturbing. Twitter’s conduct censoring U.S. government officials also endangers the national security. It is dangerous and damaging when any publisher arbitrarily and unfoundedly decides, as it did here, that the facts and policies of a particular Presidential Administration constitute “violence”—in order to censor them.

And in the case of Twitter, this can cut off an essential mode of communication between U.S. Government officials and the public. In doing so, Twitter is sabotaging public discourse regarding important national and homeland security issues.

I call on you to commit to never again censoring content on your platform and obstructing Americans’ unalienable right to communicate with each other and with their government and its officials, including the thousands of law enforcement officers at the DHS who work vigilantly and diligently to protect your safety every day. 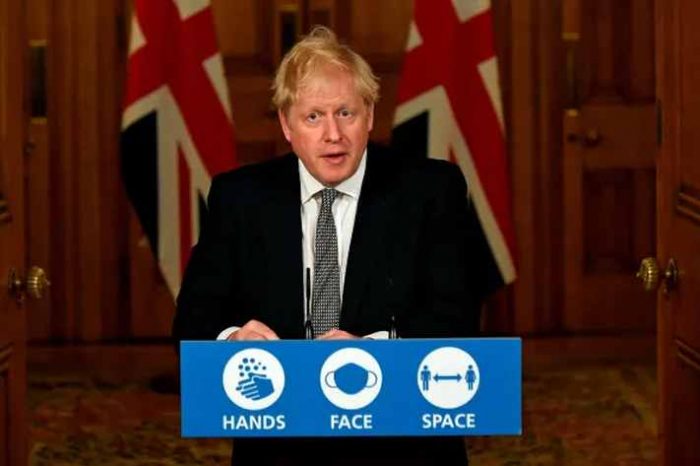 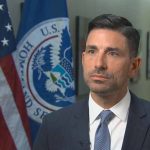