Late last month, Chinese virologist Dr. Li-Meng Yan published a paper that claimed the Chinese Communist Party intentionally created and unleashed COVID19 upon the world as part of biological warfare. She later created a Twitter account to tell her story. Twitter immediately shut down her account within two days after her account was created.

Dr. Li-Meng Yan is now fighting back. Today, she created a new account on Twitter and also published her second scientific report is published in zenodo. The report is titled: “SARS-CoV-2 Is an Unrestricted Bioweapon: A Truth Revealed through Uncovering a Large-Scale, Organized Scientific Fraud.”

In her second report, Dr. Yan suggested two possibilities for the origin of SARS-CoV-2: natural evolution or laboratory creation. In her earlier report titled “Unusual Features of the SARS-CoV-2 Genome Suggesting Sophisticated Laboratory Modification Rather Than Natural Evolution and Delineation of Its Probable Synthetic Route,” Dr. Yan and two other Chinese scientists “disproved the possibility of SARS-CoV-2 arising naturally through evolution and instead proved that SARS-CoV-2 must have been a product of laboratory modification. Despite this and similar efforts, the laboratory creation theory continues to be downplayed or even diminished. This is fundamental because the natural origin theory remains supported by several novel coronaviruses published after the start of the outbreak.

According to Dr. Yan, these viruses (the RaTG13 bat coronavirus, a series of pangolin coronaviruses, and the RmYN02 bat coronavirus) reportedly share high sequence homology with SARS-CoV-2 and have altogether constructed a seemingly plausible pathway for the natural evolution of SARS-CoV-2. Here, however, we use in-depth analyses of the available data and literature to prove that these novel animal coronaviruses do not exist in nature and their sequences have been fabricated. In addition, we also offer our insights on the hypothesis that SARS-CoV-2 may have originated naturally from a coronavirus that infected the Mojiang miners.

“Revelation of these virus fabrications renders the natural origin theory unfounded. It also strengthens our earlier assertion that SARS-CoV-2 is a product of laboratory modification, which can be created in approximately six months using a template virus owned by a laboratory of the People’s Liberation Army (PLA). The fact that data fabrications were used to cover up the true origin of SARS-CoV-2 further implicates that the laboratory modification here is beyond simple gain-of-function research.

My second scientific report is published in zenodo. 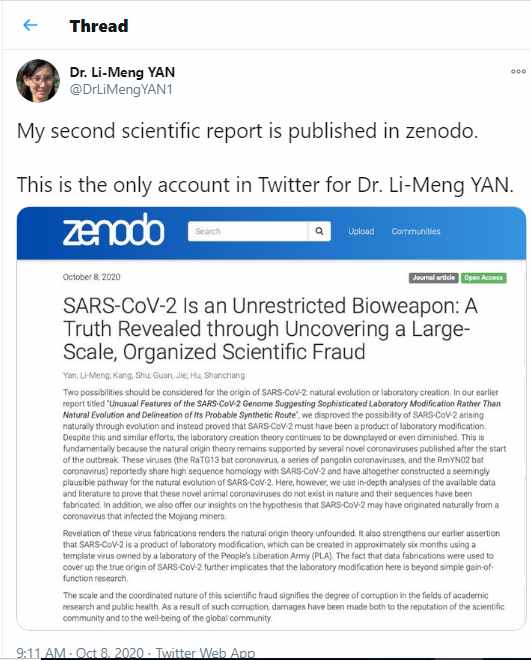 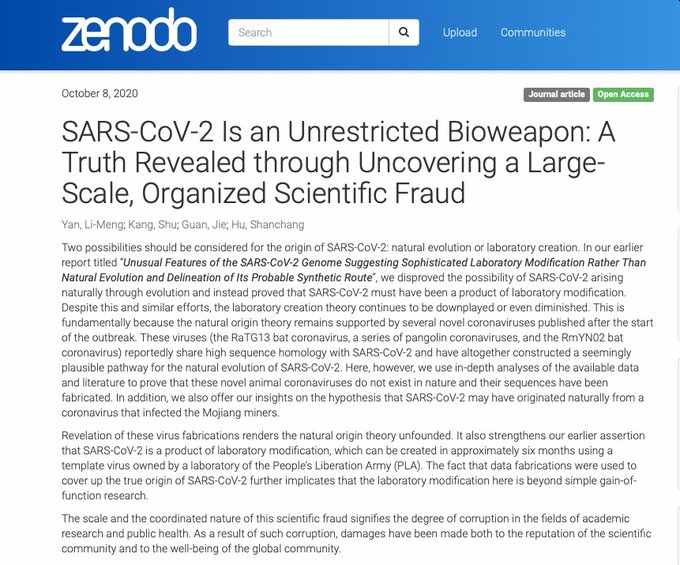 Back in April, Dr. Li-Meng Yan fled Hong Kong after running into collision with the Chinese government over the origins of coronavirus. On Tuesday night, Dr. Yan broke her silence saying that the Chinese government intentionally manufactured and released the COVID-19 virus that led to mass shutdowns and deaths across the world. Dr. Yan was one of the first scientists in the world to study the coronavirus outbreak in Wuhan, China back in December 2019 before the rest of the world even knew the virus existed.

Dr. Li-Meng Yan said she believes China knew about the coronavirus well before it claimed it did. She says her supervisors also ignored research she was doing that she believes could have saved lives. Dr. Yan went on to say that COVID-19 is man-made and that the virus was created by the Chinese military.

Before the start of COVID-19, Dr. Li-Meng Yan was working at the Hong Kong School of Public Health. She later turned whistleblower on the Chinese Government after she alleged they knew about the spread of the coronavirus before publicly acknowledging the outbreak.

“I work[ed] in the WHO reference lab which is the top coronavirus lab in the world, in the University of Hong Kong. And the thing is I get deeply into such investigation in secret from the early beginning of this outbreak. I had my intelligence because I also get my own unit network in China, involved [in] the hospital … also I work with the top corona[virus] virologist in the world,” Dr. Yan told Fox News host Tucker Carlson in an exclusive interview on Tuesday night

When asked whether she believed the Chinese communist party released the virus “on purpose.” “Yes, of course, it’s intentionally,” she responded.

Dr. Yan amazed over 26,000 new followers within hours after her new account was created. 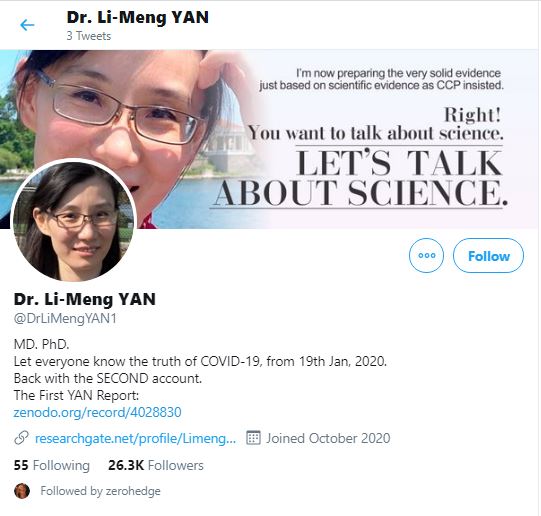 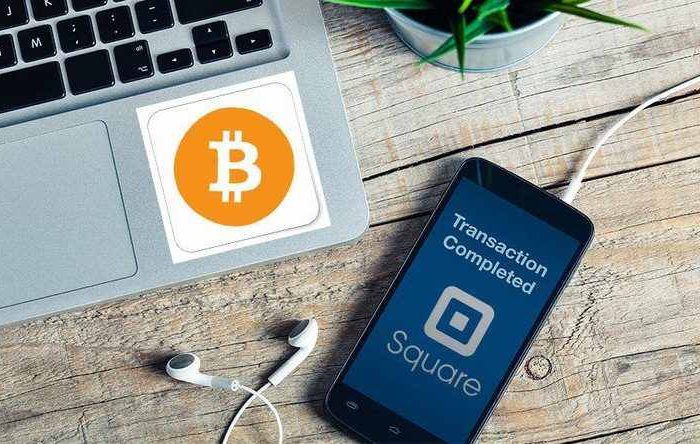 Square, Jack Dorsey's payment company, buys $50 million worth of bitcoin as part of a larger investment in cryptocurrency