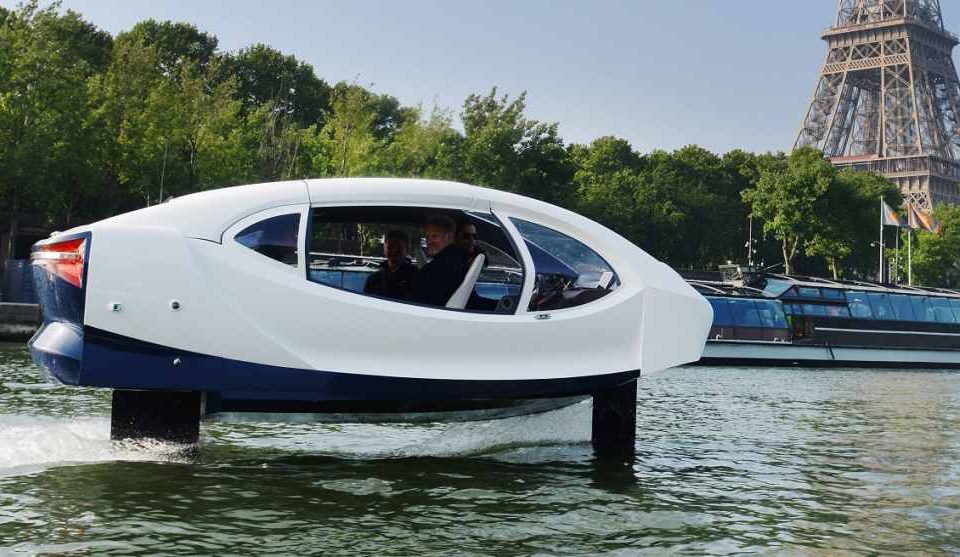 With zero emissions, the Candela Seven can hit speeds of 55 km per hour when its foils lift it out of the water. Its manufacturers say it travels further and smoother than other electric boats. However, Candela will set you back hundreds of thousands of dollars. Each boat costs around 250,000 euros ($296,000). So far, Candel has delivered 16 boats since last year.

Now, there is a new yacht-like flying river taxi for the super-rich. Dubbed SeaBubbles, the flying boat is a hydrofoil electric flying taxi powered by two electrically driven propellers attached to the rear skid. SeaBubbles is a French tech startup founded only three years ago in Paris. The idea for SeaBubbles was dreamed up by Alain Thébault, a sailor who previously designed and piloted the Hydroptère, an experimental hydrofoil trimaran, using a similar system that lifts the boat in order to reduce drag.

The duo design and manufacture electric boats called hydrofoils the size of small cars. The founders believe SeaBubbles could be used as water taxis in cities. SeaBubbles is available for everybody, but with zero waves, zero noise, zero CO2 emission. SeaBubbles went on to break the world record for sailing speed twice, at 50.17 knots. Meanwhile, SeaBubbles’ co-founder Anders Bringdal is a four-time windsurfing world champion, who also set a windsurfing world record at 51.45 knots.

“We believe that pollution and global gridlock are not only threatening our welfare, but are ultimately threatening people’s freedom of mobility. Because in 2050, there will be 4 billion cars in the streets, and even if they are all powered by clean energies, it will still create a massive traffic jam. We believe that the future of mobility will rise from the water, a natural, historic path in the cities that has been underrated for a long time,” the founders said on

SeaBubbles uses electric power instead of gas. The boat hit Miami to show off one of its five prototype boats — or six, if you count an early, windowless white boat they’ve lovingly dubbed the “soapdish.” This innovative boat design combines technology from nautical industries and aviation and intelligent software to raise the hull of the boat out of the water using foils, which helps it consume less energy by allowing it to travel on rougher waters with reduced drag, while also keeping the passenger cabin relatively comfortable.

Below is a video of SeaBubbles in action.

Here is another video, courtesy of CNET.

Forget about a yacht. This is what we need. pic.twitter.com/mlIzRVXmdf

Xometry appoints Katharine Weymouth, former Publisher and CEO of Washington Post, and Deborah Bial, to its Board of Directors 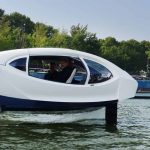