Are you ready to eat insects? Ÿnsect is a French mealworm tech startup that uses robots for its entire food production process. Ÿnsect breeds insects for pet food and organic plant fertilizers. Ÿnsect said it is able to produce around 22,000 tons of protein each year.

According to the United Nations Food and Agriculture Organisation, the consumption of animal proteins will grow by 52 percent between 2007 and 2030. The spike in demand for protein and plants poses a serious risk for the world’s already fragile ecosystems, requiring extra water and land and generating greenhouse gas emissions.

To combat this problem, Ÿnsect has developed a patented process for cultivating mealworm to produce a variety of feed and fertilizer products – replacing animal proteins consumed in the supply chain by fish and livestock farms and pet food as well as fertilizers used in plant nutrition, while leading to greater yields and health benefits for the animals and plants being fed.

Today, Ÿnsect announced it has closed a whopping $372 million in funding to build the world’s largest insect farm. This is the largest funding ever raised by non-U.S.-based AgTech startups. Ÿnsect has now received more investment in total ($425 million) than the entire global insect protein sector has raised to date.

With the new funding, Ÿnsect said it plans to complete the ongoing construction on its insect farm in Amiens in 2022 and will produce 100,000 tons of insect products annually. The startup also plans to use the funding to fuel its expansion into the US market.

“Our ambition is to revolutionize the food chain which, literally, starts from the basics: insects and soil. It concerns all of us, whether we are meat lovers or vegans because it is how our plants and animals are fed,” Antoine Hubert, CEO of Ÿnsect, said.

Hubert also said that Ynsect’s processes can provide a more sustainable way to produce food for the world’s growing population. He added that Covid-19 has had little impact on Ynsect’s workflow this year.

“Ÿnsect isn’t just about insect farming: with climate change and increasing populations worldwide, we need to produce more food with less available land and fewer resources, so that we’re not clearing forests and emptying our oceans. We believe Ÿnsect can play a pivotal role in this global solution.”

Several scientific studies have demonstrated that using Ÿnsect products in place of traditional animal proteins and chemical fertilizers have led to a 34 percent increase in yield for rainbow trout, a 40 percent mortality reduction on shrimp; a 25 percent increase in yield for rapeseed; a 25 percent mortality reduction for seabass.

Founded in 2011, Ÿnsect is the world leader in the breeding of insects and their transformation into premium ingredients for animal and plant nutrition. It is now part of the Next 40, a label promoted by the government for promising companies. Ÿnsect has more than 130 employees, and since 2016 has been operating a vertical farm. Building on its success and growing global demand, Ÿnsect is building a second unit in Poulainville, Ÿnfarm, which will be the world’s largest insect farm, with an aim of production of more than 100,000 tons per year, the biggest insect farm in the world, a project carbon footprint negative. 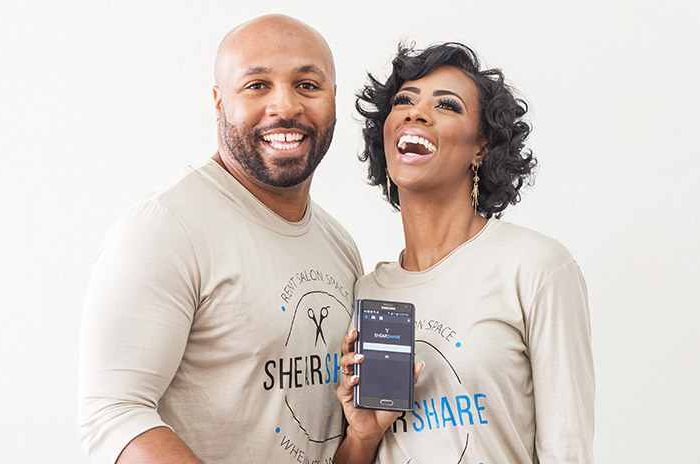 Google awarded up to $100,000 to 76 black founders from its $5M Google for Startups Black Founders Fund