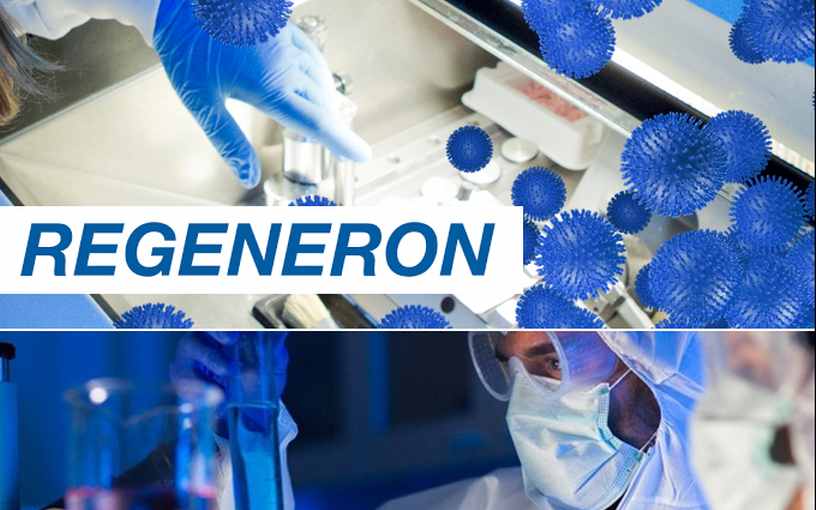 In a press statement, the company said the first data from a descriptive analysis of a seamless Phase 1/2/3 trial of its investigational antibody cocktail REGN-COV2 shows it reduced viral load and the time to alleviate symptoms in non-hospitalized patients with COVID-19. REGN-COV2 also showed positive trends in reducing medical visits. The ongoing, randomized, double-blind trial measures the effect of adding REGN-COV2 to usual standard-of-care, compared to adding placebo to standard-of-care.

The greatest improvements were seen in patients who hadn’t already mounted a natural response to the infection, the company said.

“What I think is fascinating is that it shows that antibodies really matter and the antibody to the spike protein was really helpful, particularly when people made the antibodies themselves,” said Marrazzo. “Whether it’s antibody therapy or vaccine that target these proteins, it sounds like we are on the right track. I think that’s really encouraging.”

Regeneron’s antibody cocktail is the same treatment drug prescribed for President Trump after he was tested positive for COVID-19 earlier today. In a letter dated October 2, President Trump’s physician, Dr. Sean Conley, said in a memo shared by White House officials that the president “as a precautionary measure” has “received a single 8 gram dose of Regeneron’s polyclonal antibody cocktail.”

“He completed the infusion without incident,” Conley wrote. Trump has also been taking zinc, vitamin D, melatonin, a daily aspirin and the histamine-blocker famotidine, Conley said in the memo.

“As of this afternoon the President remains fatigued but in good spirits. He’s being evaluated by a team of experts, and together we’ll be making recommendations to the President and First Lady in regards to next best steps,” the physician said. 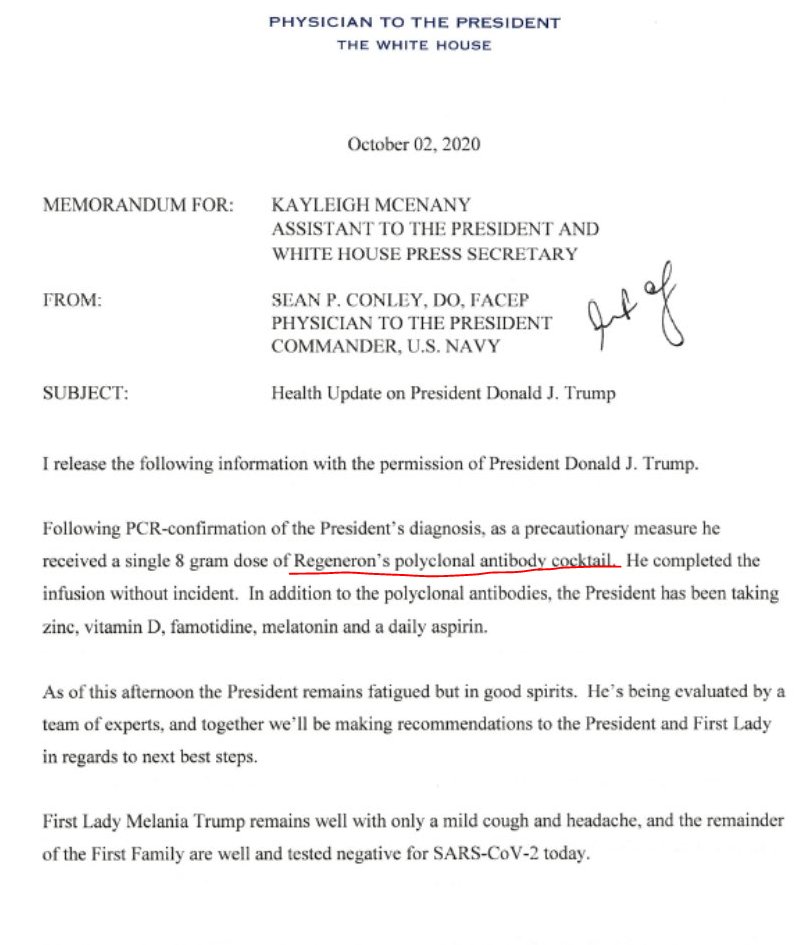 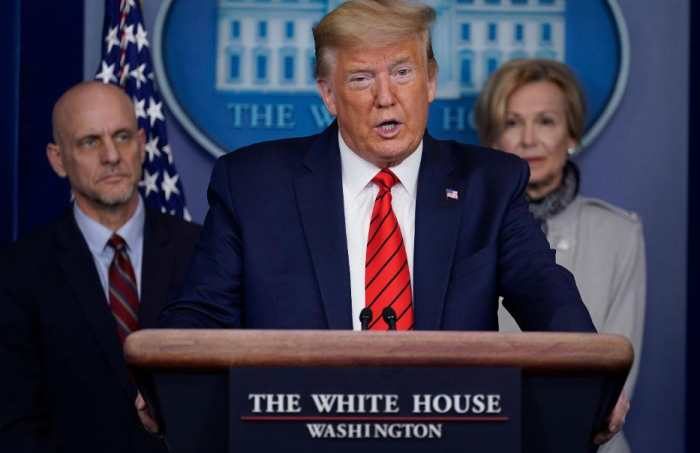 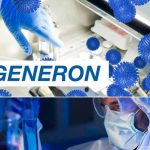