Twitter set ablaze after a video claiming to show former VP Biden ‘wearing a wire’ during the first presidential debate went viral; the video now has over 4 million views in just 10 hours

Technology continues to change the news media landscape. Traditionally, the media industry has been the first source for breaking news and stories. Just two days ago, we told you about the latest Pew Research study that found that about a quarter (26%) of U.S. adults now get their news from YouTube.

Now with social platforms like Facebook, Twitter, and YouTube, it’s never been easier to create new videos, spread news via social media, and create breaking news stories that may not otherwise be covered by mainstream media. An example of this is the first U.S. presidential debate that took place yesterday night.

Immediately after the debate was concluded, a widely shared video on Twitter and Facebook claims to show former Vice President Joe Biden wearing a wire during the first presidential debate. The 13-second video shows the former Vice President attempting to push the “wire” back into his jacket during the first presidential debate between Biden and President Donald Trump. It wasn’t that long before mainstream media labeled the video as the latest example of misinformation saying the “claim is baseless, and other fact-checkers have debunked them.” Different versions of the video were shared on Facebook, Twitter, and Youtube.

Below is how Politifact explained the video:

“Biden was not wearing a wire during the debate — the video shows a crease in Biden’s dress shirt, which is accentuated by the bright TV lights. Thin shadows similar to the one highlighted in the clip also appear on the left side of his shirt.”

Meanwhile, we’re not in any way suggesting that Biden get help during the debate. The point here is more about the power of social media and the use of technology to eclipse the traditional media as the source for breaking news and stories.

Below is the video. Watch and tell us what you think.

Below is a better version of the video 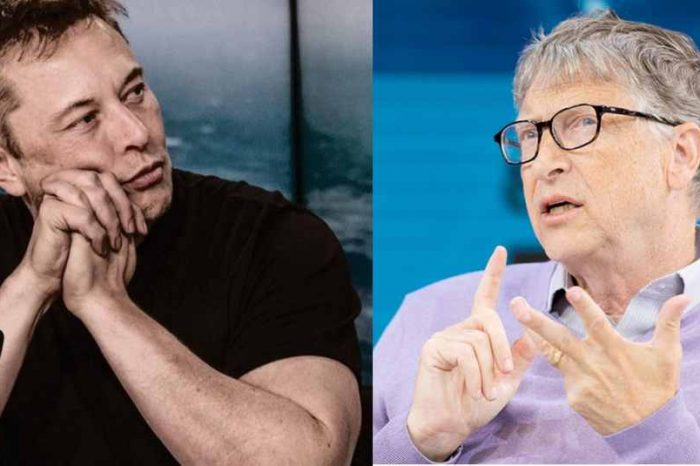 Elon Musk calls Bill Gates a 'knucklehead' for criticizing his coronavirus response; Says he won't take coronavirus vaccine because he doesn't believe the virus poses a serious enough risk to his health

Twitter set ablaze after a video claiming to show former VP Biden ‘wearing a wire’ during the first presidential debate went viral; the video now has over 4 million views in just 10 hours