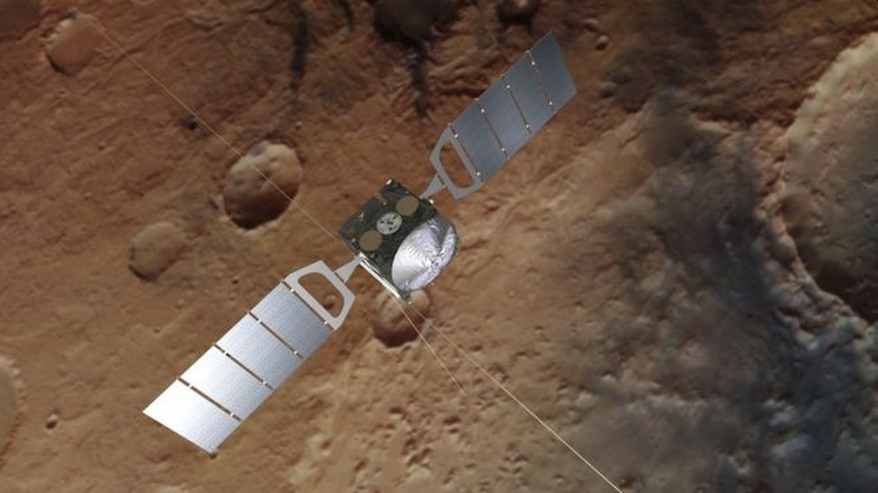 Scientists have recently discovered three new underground lakes near the south pole of Mars. According to a new study published in the journal Nature Astronomy, the detection of liquid water by the Mars Advanced Radar for Subsurface and Ionosphere Sounding (MARSIS) at the base of the south polar layered deposits in Ultimi Scopuli (Mars) has renewed the debate about the origin and stability of liquid water under present-day Martian conditions.

MARSIS is a subsurface radar sounder with a 40-meter (130-foot) antenna on the Mars Express orbiter that will search for water and study the atmosphere. The main objective of MARSIS is to look for water from the Martian surface down to about 5 kilometers (3 miles) below.

To establish the extent of subglacial water in this region, scientists acquired new data, achieving extended radar coverage over the study area. The result of their findings strengthens the claim of the detection of a liquid water body at Ultimi Scopuli and indicate the presence of other wet areas nearby. However, unlike the waters on our planet, the waters found in the underground lakes are also thought to be extremely salty, which could pose challenges to the survival of any microbial life forms.

“We suggest that the waters are hypersaline perchlorate brines, known to form at Martian polar regions and thought to survive for an extended period of time on a geological scale at below-eutectic temperatures.”

Liquid water is essential for life. As such, the new finding will be of interest to researchers studying the potential for life elsewhere in the Solar System. According to a 2019 study, scientists found that Mars had large rivers long after the planet lost most of its atmosphere to space about 3.7 billion years ago.

At the time, scientists found that Mars may have had a denser atmosphere and higher surface temperatures, allowing vast amounts of liquid water on the surface, possibly including a large ocean that may have covered one-third of the planet. Martian rivers likely didn’t totally dry out until less than 1 billion years ago, the new study found. However, Mars has since lost much of its atmosphere, which means water can’t stay liquid for long on the surface today.

“It’s even more likely that these bodies of water existed in the past. Of course, the implication of this is that you would have a habitat or something that resembles a habitat… that lasted throughout the history of the planet,” co-author Dr Roberto Orosei, from Italy’s National Institute of Astrophysics in Bologna, told BBC News.

“As Mars was undergoing its climatic catastrophe and turning from a relatively warm planet – though it’s not clear how warm – to a frozen waste, there was a place where life could adapt and survive.” 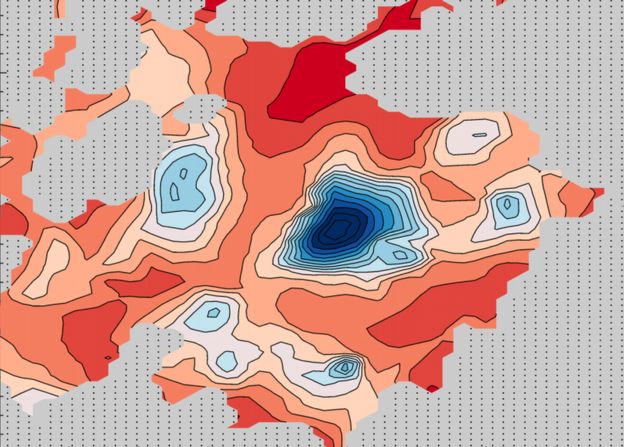 The main lake (center) is surrounded by at least three smaller bodies of water (Credit: Nature)

The latest discovery was made using MARSIS subsurface radar sounder onboard European Space Agency’s (ESA) Mars Express spacecraft. The sounder was launched in 2003 onboard the Mars Express spacecraft and began to collect data in the summer of 2005. After several years of data acquisition, however, the lack of any clear evidence of basal liquid water below the Martian polar caps seemed to indicate that water, if present, may be located at a greater depth than previously thought24,25.

Recently, however, radar detection of subglacial liquid water in Ultimi Scopuli26, at the base of the SPLD, reignited the scientific debate about present-day stability of liquid water at the Martian polar regions. 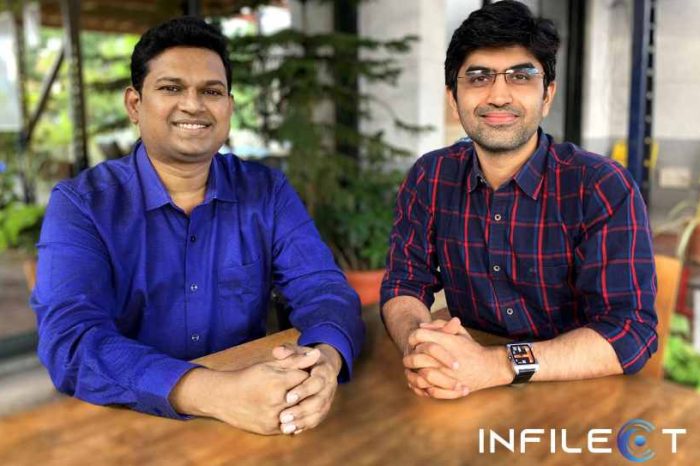 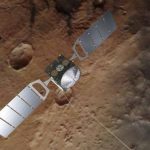