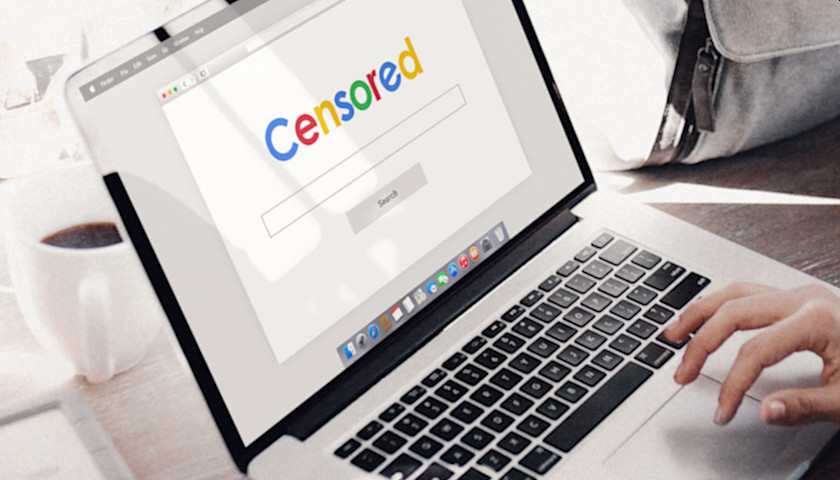 Since its beginning in 1983, the Internet has been known as a platform for free and rapid dissemination of uncensored information. However, in a violation of our First Amendment rights, big tech companies like Google, Facebook, and Twitter, have been censoring content and silent dissent. Back in April 2019, Google employees walked off the job in a protest against what they described as a culture of retaliation.

“Google has a culture of retaliation, which too often works to silence women, people of color and gender minorities,” reads a letter signed by Meredith Whittaker, Claire Stapleton, and 10 other Google employees. “Retaliation isn’t always obvious. It’s often confusing and drawn out, consisting of icy conversations, gaslighting, project cancellations, transition rejections, or demotions.”

However, Google, just like Facebook and Twitter, has taken the silencing of its opposition to the next level. The company, through its video platform YouTube, has repeatedly removed videos of people who expressed views the company disagreed upon.

Back in May, for example, YouTube censored German epidemiologist Knut Wittkowski for opposing the lockdown and going against WHO recommendations. Also in May, Twitter censored and added a fact-checking label to a tweet by President Trump.  Twitter accused the President of making false claims about mail-in ballots, urging people to “get the facts.”

Back in June, we told you that the U.S. Justice Department (DOJ) was planning to propose legislation that will remove Section 230 immunity and protections that big tech platforms like Alphabet’s Google and Facebook have had for decades, according to a DOJ official who spoke on condition of anonymity.

Now, it is no longer a secret and the wait is finally over. Today, the DOJ unveiled a legislative proposal on Wednesday that seeks to reform a legal immunity for internet companies and follows through on President Trump’s plan from earlier this year to crack down on big tech censorship. According to DOJ, the proposal is aimed at putting an end to Section 230 of the Communications Decency Act, which offers big tech platforms like Alphabet’s Google GOOGL.O and Facebook FB.O protections from liability over content posted by users. DOJ said:

“For too long Section 230 has provided a shield for online platforms to operate with impunity,” said Attorney General William P. Barr. “Ensuring that the internet is a safe, but also vibrant, open and competitive environment is vitally important to America. We therefore urge Congress to make these necessary reforms to Section 230 and begin to hold online platforms accountable both when they unlawfully censor speech and when they knowingly facilitate criminal activity online.”

The bill, which will need congressional approval, is not likely to see action or become law until next year at the earliest. DOJ is not alone, in early June, Sen. Josh Hawley, R-Mo., also introduced similar legislation on Wednesday that would give Americans the ability to sue major tech companies like Facebook, Google, and Twitter if they engage in selective censorship of political speech. In addition, there are several pieces of bi-partisan legislation doing the rounds in Congress that seek to stop the same immunity. It was not immediately clear whether the Justice Department will support any single piece of legislation already out there.

DOJ went on to explain how big tech companies has abused Section 230 immunity:

“Section 230 immunity is meant to incentivize and protect online Good Samaritans. Platforms that purposely solicit and facilitate harmful criminal activity — in effect, online Bad Samaritans — should not receive the benefit of this immunity. Nor should a platform receive blanket immunity for continuing to host known criminal content on its services, despite repeated pleas from victims to take action.”

In a statement, Attorney General William Barr said the administration was urging “Congress to make these necessary reforms to Section 230 and begin to hold online platforms accountable both when they unlawfully censor speech and when they knowingly facilitate egregious criminal activity online.”

The separate Senate bill dubbed Limiting Section 230 Immunity to Good Samaritans Act, and co-sponsored by Sens. Marco Rubio, R-Fla., Mike Braun, R-Ind., and Tom Cotton, R-Ark., would stop big tech companies from receiving immunity under section 230 of the Communications Decency Act unless they update their terms of service to promise to operate in good faith.

“For too long, Big Tech companies like Twitter, Google, and Facebook have used their power to silence political speech from conservatives without any recourse for users,” Hawley said in a statement. “Section 230 has been stretched and rewritten by courts to give these companies outlandish power over speech without accountability. Congress should act to ensure bad actors are not given a free pass to censor and silence their opponents.” 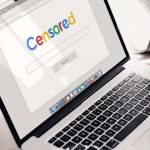