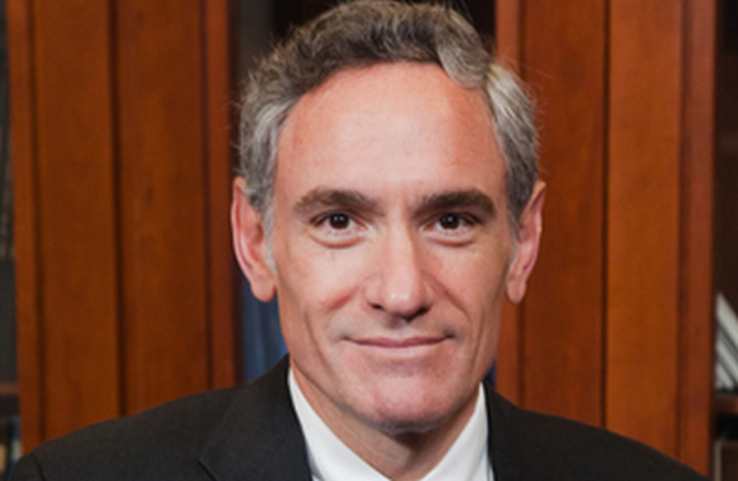 In early August, we wrote about Dr. Scott Atlas after he joined the White House Coronavirus Task Force. Dr. Atlas, along with the handful of other European doctors, is one of the medical experts who thinks herd immunity is one of the best ways to overcome the deadly coronavirus. Unlike Dr, Anthony Fauci, Dr. Atlas told Americans back in June not to panic about the rise in coronavirus cases.

Now, Dr. Scott Atlas, the former chief of neuroradiology at Stanford University Medical Center and a senior fellow at Stanford’s Hoover Institution, is under attack from the mainstream media and former colleagues at Stanford University. On September 9, Stanford doctors take rebuke at Dr. Atlas alleging that the former chief of neuroradiology is harming public health, according to public letter health. It is worth noting that Stanford has had several smart contrarian voices on coronavirus.

“Many of his opinions and statements run counter to established science and, by doing so, undermine public-health authorities and the credible science that guides effective public health policy,” according to the letter, signed by Dr. Philip A. Pizzo, former dean of Stanford School of Medicine; Dr. Upi Singh, chief of Stanford’s Division of Infectious Diseases, and Dr. Bonnie Maldonado, professor of epidemiology and population health, and 105 others.

Among the letter’s signatories are many national experts in the university’s departments of infectious disease, epidemiology, and microbiology, including Dr. David Relman, who pioneers methods for discovering new human pathogens, and Dr. Lucy S. Tompkins, who leads Stanford’s Department of Infection Prevention and Control.

“Our goal with this letter was to provide a science-evidence based commentary on some core issues that Scott Atlas has addressed and to provide context and clarity,’ said Pizzo, who now leads The Stanford Distinguished Careers Institute. “We are motivated by our responsibility to do all we can to protect and promote public health and wellbeing,” he said. So far, Dr. Atlas declined to comments on the letter.

Stanford is not the only organization attacking Dr. Atlas. Google and YouTube are now abusing their monopoly power to censor Dr. Atlas. YouTube, a video platform owned by Google, removed a video of an interview with Atlas conducted in June originally posted by the Hoover Institution where he serves as a senior fellow.

In the video, Dr. Atlas spoke of his belief that the pandemic lockdowns might have done more harm than good. Since then, his opinions have become of greater interest due to his appointment in August as a presidential advisor and a member of the White House coronavirus task force.

Avid Roy, the president of the Foundation for Research on Equal Opportunity said, “A number of you have asked for more detail as to what exactly @YouTube wrote to @HooverInst. Here is a screenshot of the email Hoover received.” 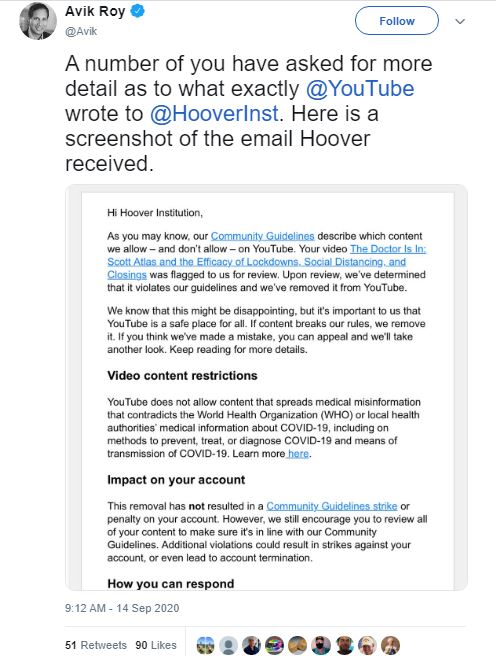 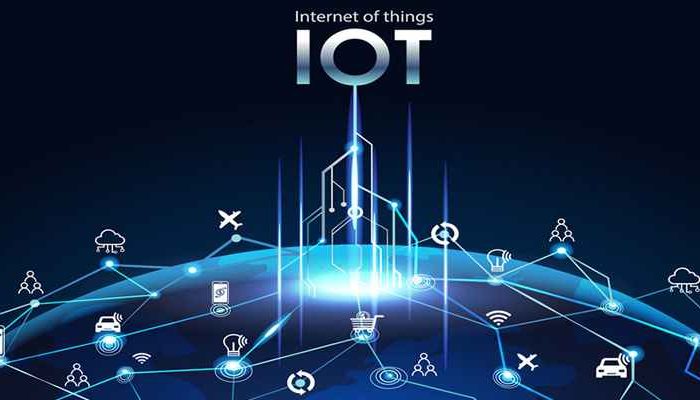 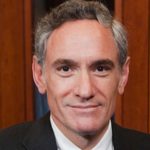