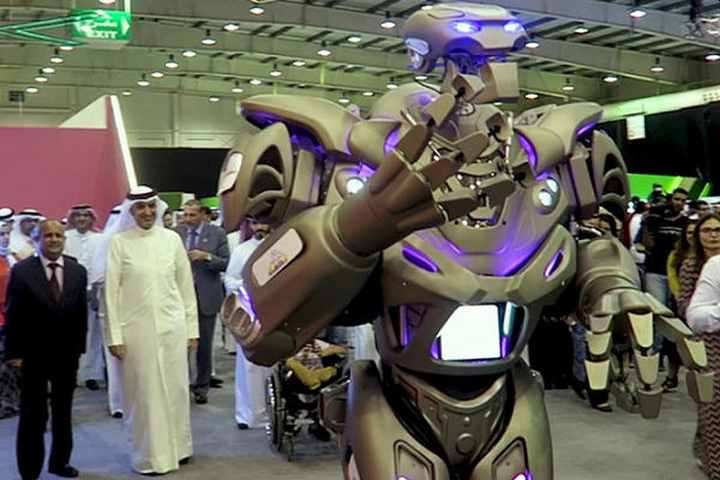 Who needs a human bodyguard when you can just get a robot? Below is a video purportedly featuring Bahrain’s King, Hamad bin Isa bin Salman al-Khalifa, and his ‘robot bodyguard.’ The eight-foot robot bodyguard known as Titan was first featured last year at Dubai International Exhibition & Convention Center.

Update: Unfortunately, as much as everyone would love the video to be true, it turns out the King of Bahrain does not have a robot bodyguard. A closer look at the video shows that the Emir of Bahrain was not featured, and the ‘robot’ in question is actually a person dressed up.

Meanwhile, Titan is really cool robot. It speaks six languages and can sing and dance and entertain its audience. It carries medications and water. Titan can also rescue the king literally carry him from mobs and can also physically fight, chase, shoot. Titan is not cheap. Titan comes at a price tag of  $7.4 million.

Below is a video of Titan in action.

Below is another video of Titan at the Bett Exhibition 2020. 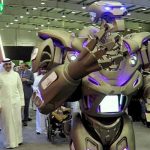