On August 8, New York Post wrote a piece about New York City Councilman Paul Vallone who recently recovered from coronavirus after treatment with hydroxychloroquine. The councilman credited the malaria drug for saving his life after he contracted the novel coronavirus in March. Councilman Vallone told the New York Post he was struggling to breathe before his doctor prescribed hydroxychloroquine, which he took with Azithromycin, the antibiotic also known as Zithromax or Z-Pak.

“I couldn’t breathe, very weak, couldn’t get out of bed,” said Mr. Vallone in an interview posted Saturday. “My doctor prescribed it. My pharmacy had it. Took it that day and within two or three days I was able to breathe. Within a week I was back on my feet.”

Councilman Vallone’s story is one of many success stories about people who credited hydroxychloroquine for saving their lives. However, as debate continues about the safety and efficacy of the malaria drug, the FDA on June 15 withdrew the emergency use of hydroxychloroquine for coronavirus treatment and issued a complete ban on the drug.

‘Yes, I received chloroquine via central line through my chest & both arms. Had near fatal case of falciparum. Would’ve died for sure if not for chloroquine. Doesn’t mean it works for C19, but maybe better than nothing.’

Hydroxychloroquine was granted FDA approval in the United States on April 18, 1955. The malaria drug is also on the World Health Organization’s List of Essential Medicines. In 2017, it was the 128th most commonly prescribed medication in the United States, with more than five million prescriptions.

The questions many are now asking is: Why all of a sudden hydroxychloroquine is considered an unsafe drug? After all, hydroxychloroquine is still being used to treat lupus patients. To answer this question, we have to back to the month of March 2020. It all started back after President Trump threw his support for the drug and opened the floodgates of criticisms after he touted the drug as a potential game-changer. Many in the mainstream media accusing him of promoting an unsafe drug. When asked about President Trump’s tweet, Dr. Anthony Fauci said:  “the anecdotal reports … may be true,” and that the President’s message of “hope for people” with #coronavirus is “not unreasonable” & “not incompatible” with total confirmation.”

Immediately after his announcement, the medical journal Lancet also published a study that linked hydroxychloroquine to an increased rate of mortality, according to a new study of about 15,000 coronavirus patients. Lancet found those being treated with the antimalarial drugs hydroxychloroquine and chloroquine are at a higher risk of death and irregular heart rhythms than those not receiving it. On June 4, Lancet later retracted its bogus hydroxychloroquine study after a group of Australian infectious researchers raised questions about the flawed data used in the study.

At this point, you may be thinking the science is settled and hydroxychloroquine is not safe to use. Not so fast. In 2007, the National Institutes of Health (NIH), which is headed by Dr. Anthony Fauci, published a study titled, “The Effect of hydroxychloroquine on the survival of patients with systemic lupus erythematosus: data from LUMINA, a multiethnic US cohort (LUMINA L).” According to NIH’s own conclusion, Hydroxychloroquine, which overall is well tolerated by patients with SLE, has a protective effect on survival which is evident even after taking into consideration the factors associated with treatment decisions. Below is the conclusion of the study, according to NIH.

Hydroxychloroquine, which overall is well tolerated by patients with SLE, has a protective effect on survival which is evident even after taking into consideration the factors associated with treatment decisions. This information is of importance to all clinicians involved in the care of patients with SLE.

According to NIH own study conducted in 2005 titled, “Chloroquine is a potent inhibitor of SARS coronavirus infection and spread,” chloroquine, a sister drug to hydroxychloroquine, was found to be “effective in preventing the spread of SARS CoV in cell culture.” At the time, there was no mention that chloroquine caused deaths among the SARS CoV patients. So, we still have some open questions that still remain unanswered is, What’s changed since 2005? Is NIH study 2005 still valid? What about thousands of lupus and arthritis patients still taking hydroxychloroquine? Are they at risk? What about millions of people in Sub-Saharan Africa taking taking drug for malaria prevention? And what about people in Brazil still taking the drug?

In the meantime, below is the the abstract of NIH study on chloroquine as a potent inhibitor of SARS coronavirus infection and spread.

We report, however, that chloroquine has strong antiviral effects on SARS-CoV infection of primate cells. These inhibitory effects are observed when the cells are treated with the drug either before or after exposure to the virus, suggesting both prophylactic and therapeutic advantage. In addition to the well-known functions of chloroquine such as elevations of endosomal pH, the drug appears to interfere with terminal glycosylation of the cellular receptor, angiotensin-converting enzyme 2. This may negatively influence the virus-receptor binding and abrogate the infection, with further ramifications by the elevation of vesicular pH, resulting in the inhibition of infection and spread of SARS CoV at clinically admissible concentrations.

Chloroquine is effective in preventing the spread of SARS CoV in cell culture. Favorable inhibition of virus spread was observed when the cells were either treated with chloroquine prior to or after SARS CoV infection. In addition, the indirect immunofluorescence assay described herein represents a simple and rapid method for screening SARS-CoV antiviral compounds.tion.

You can read the detailed study at NIH website. 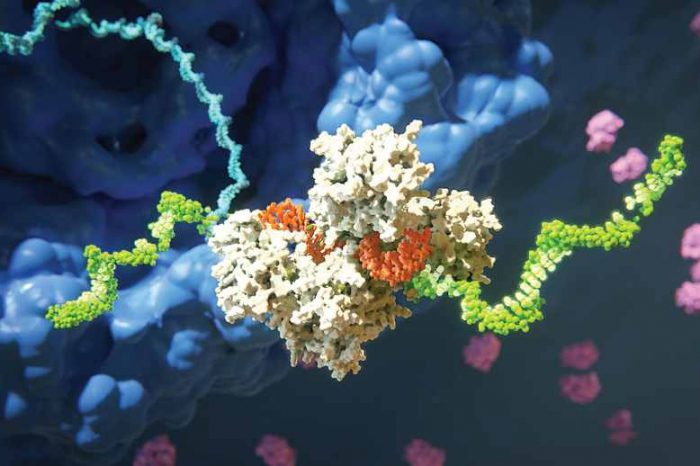