For months, researchers and health officials have been preoccupied with therapeutic drugs like remdesivir and hydroxychloroquine in the fight against coronaavirus. Now, scientists at Rensselaer Polytechnic Institute believe they’ve found a a powerful tool in fighting coronvirus using a common drug already approved by the Food and Drug Administration (FDA).

The drug is heparin, a 78-year-old blood thinner drug that is widely used to treat and prevent blood clots. According to research published this week in Antiviral Research, the Rensselaer Polytechnic Institute (RPI) research team discovered that SARS-CoV-2 binds tightly to heparin, making the drug a potential “decoy” that could serve as a way to neutralize the virus before it can infect healthy cells.

So far, much of the scientists’ effort to develop remedies and vaccines to fight coronavirus has been centered around the spike protein that the culprit virus, SARS-CoV-2, uses to invade healthy cells. RPI scientists think they’ve found a way to block the spike protein’s ability to infect cells and effectively neutralize and destroy COVID-19.

SARS-CoV-2, the virus that causes COVID-19, uses a surface spike protein to latch onto human cells and initiate infection. But heparin, a blood thinner also available in non-anticoagulant varieties, binds tightly with the surface spike protein, potentially blocking the infection from happening. This makes it a decoy, which might be introduced into the body using a nasal spray or nebulizer and run interference to lower the odds of infection. Similar decoy strategies have already shown promise in curbing other viruses, including influenza A, Zika, and dengue. 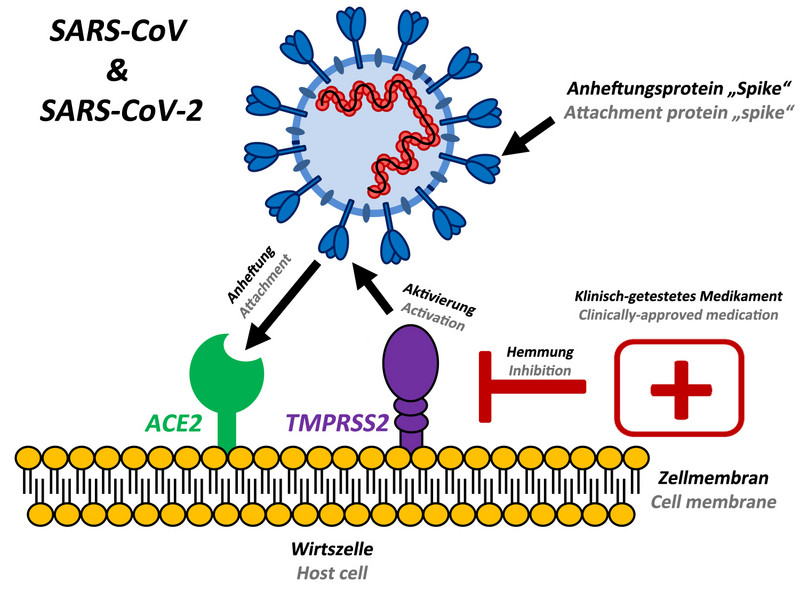 “This approach could be used as an early intervention to reduce the infection among people who have tested positive, but aren’t yet suffering symptoms. But we also see this as part of a larger antiviral strategy,” said Robert Linhardt, lead author and a professor of chemistry and chemical biology at Rensselaer Polytechnic Institute. “Ultimately, we want a vaccine, but there are many ways to combat a virus, and as we’ve seen with HIV, with the right combination of therapies, we can control the disease until a vaccine is found.”

As RPI team explained, a virus must first latch onto a specific target on the cell surface to infect a cell, before it slices through the cell membrane, and inserts its own genetic instructions, hijacking the cellular machinery within to produce replicas of the virus. But the virus could just as easily be persuaded to lock onto a decoy molecule, provided that molecule offers the same fit as the cellular target. Once bound to a decoy, the virus would be neutralized, unable to infect a cell or free itself, and would eventually degrade.

“That’s exceptional, extremely tight binding,” said Jonathan Dordick, a chemical and biological engineering professor at Rensselaer who is collaborating with Linhardt to develop the decoy strategy. “It’s hundreds of thousands of times tighter than a typical antibody antigen. Once it binds, it’s not going to come off.”