Tesla is now the 10th biggest US company by market value. The electric company reached a major milestone last week when its market cap climbed $250 billion. Tesla jumps more than 15% to reach $1,756.26 following a growing speculation that the company will soon join the S&P 500.

After closing at an all-time high on Friday, shares were another 15% higher on Monday. For the year, the stock is up more than 300%. As Tesla stock soars, so is the fortune of its founder, Elon Musk. Tesla founder is now worth $70.5 billion, officially surpassing that of Warren Buffett on Friday, according to the Bloomberg Billionaires Index. Musk’s fortune boost is fueled by Tesla’s skyrocketing stock price.

As we reported on July 1, Tesla surpasses Toyota to become the world’s most valuable automaker after its market cap hit $206 billion. Since then, its valuation has increased by $120 billion. Tesla is now worth more than GM, Ford, Ferrari, BMW, Nissan, Mazda, Aston Martin, and Fiat Chrysler, which have combined worth of $206 billion. 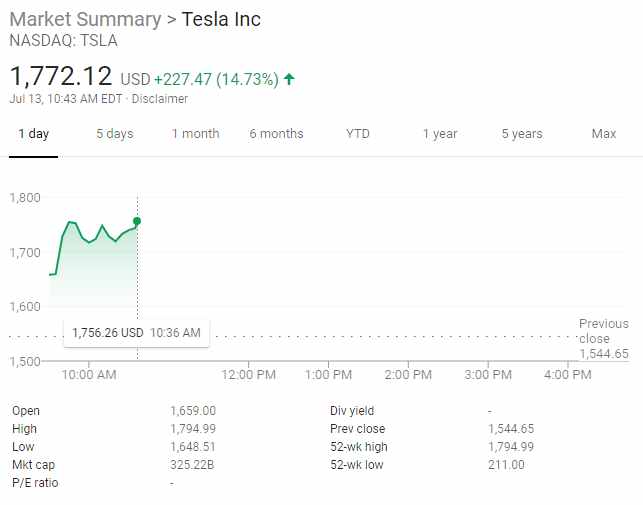 Tesla is now valued at $325 billion as of writing. Musk, the CEO of Tesla and the electric-car maker’s biggest shareholder, is now No. 7 on the Bloomberg Billionaires Index, up from No. 12. 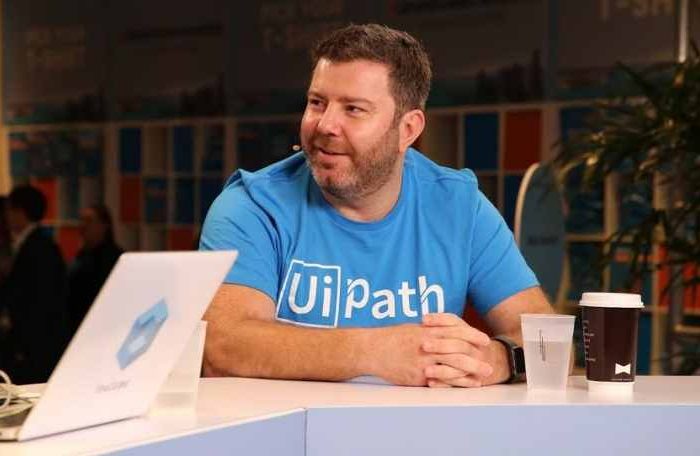