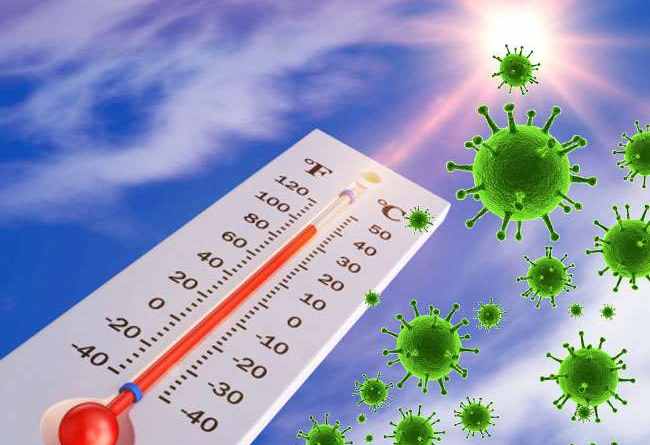 Back in April, the World Health Organization (WHO) said the is no evidence that sunlight kills COVID-19. On its myth buster page, WHO says “you can catch COVID-19, no matter how sunny or hot the weather is. Countries with hot weather have reported cases of COVID-19.”

However, a recent study in journal Photochemistry and Photobiology, suggests WHO’s claim may not be true. The study found that strong summer sun is capable of wiping out 90 percent or more of coronavirus living on surfaces in just 34 minutes.

The study, which was also published at the National Institutes of Heatlh (NIH), found that “midday sunlight in most US and world cities during summer” is extremely effective in inactivating the virus that causes COVID-19 when it’s been coughed or sneezed onto a surface. The study also suggests that the government mandatory stay-at-home orders issued in hopes of stopping the spread of coronavirus may have done more harmful than good.

The study was authored by Jose-Luis Sagripanti and David Lytle, two scientists who are retired from the US Army and Food and Drug Administration, respectively. The authors further found that coronavirus is most infectious from December until March — when it can live on surfaces for up to a day or more “with risk of re-aerosolization and transmission in most of these cities.”

The authors also examined how well UVB in sunlight was in destroying the virus in various cities across the globe during different times of the year. They used a model that’s previously estimated solar inactivation of viruses like Ebola and Lassa. “In contrast, healthy people outdoors receiving sunlight could have been exposed to lower viral dose with more chances for mounting an efficient immune response,” the study said.

Using a model developed for estimating solar inactivation of viruses of biodefense concerns, we calculated the expected inactivation of SARS-CoV-2 virus, cause of COVID-19 pandemic, by artificial UVC and by solar ultraviolet radiation in several cities of the world during different times of the year. The UV sensitivity estimated here for SARS-CoV-2 is compared with those reported for other ssRNA viruses, including influenza A virus. The results indicate that SARS-CoV-2 aerosolized from infected patients and deposited on surfaces could remain infectious outdoors for considerable time during the winter in many temperate-zone cities, with continued risk for re-aerosolization and human infection. Conversely, the presented data indicate that SARS-CoV-2 should be inactivated relatively fast (faster than influenza A) during summer in many populous cities of the world, indicating that sunlight should have a role in the occurrence, spread rate, and duration of coronavirus pandemics.

Dr. Fauci: Coronavirus vaccine could be ready by the end of the year; added Trump never told him or his team to slow down testing 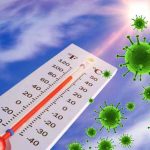