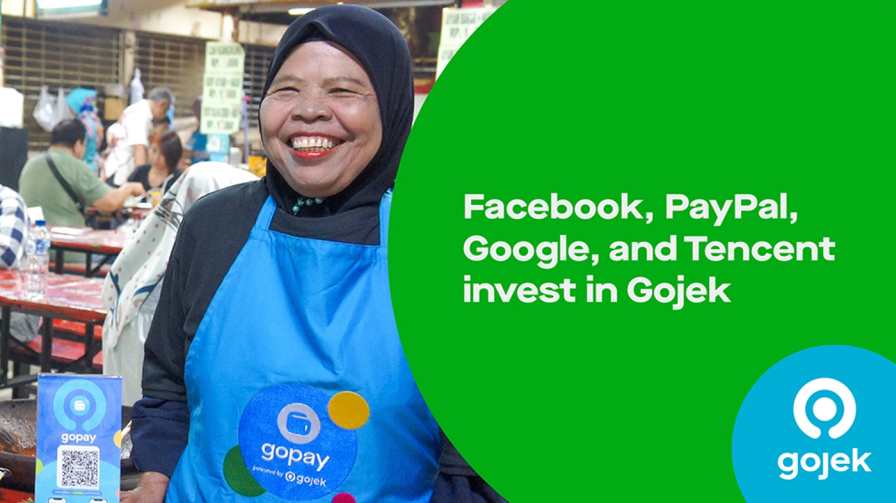 Back in April, we told you about Facebook after the social giant invested $5.7 billion in India’s Reliance Jio to enable people connect with small businesses. Now, the social giant is doubling down its investment in Asia. Yesterday, Indonesian ride-hailing and food delivery tech startup, Gojek, announced Facebook, PayPal and Google have made undisclosed amount of investment in the company.

In a separate announcement, Facebook said in a blog post that it has invested in the 10-year old startup. The social giant said the investment will support Facebook and Gojek’s shared goal of empowering businesses and driving financial inclusion across the archipelago. Facebook did not disclose the amount of its own portion of investment in Gojek.

Gojek said in an announcement on its website the investments from the two  tech giants as well as other investors will help the company to ramp up its payments and financial services in the region.

Gojek announced today that Facebook and PayPal have joined Google, Tencent and others as investors in its current fundraise. This new investment will support Gojek’s mission to boost Southeast Asia’s digital economy, with a focus on supporting payments and financial services in the region.

With digital payments adoption primed to accelerate exponentially, the resources of some of the world’s leading global tech businesses will be combined with the local focus and technology of Gojek to benefit millions of businesses and people across Indonesia and Southeast Asia.

Founded in 2010 by Kevin Aluwi, Michaelangelo Moran, and Nadiem Makarim, Gojek is a app for ordering food, commuting, digital payments, shopping, hyper-local delivery, getting a massage and two dozen services. It is Indonesia’s first and fastest growing decacorn building an on-demand empire across Southeast Asia. The Gojek app was launched in 2015 in Indonesia, and is now the largest consumer transactional technology group on a GTV-basis in Southeast Asia.

Since launching its app, Gojek has helped bring hundreds of thousands of merchants onto its platform, giving them access to more than 170 million people across Southeast Asia. Its payments business processes billions of transactions each year and owns the largest e-wallet in Indonesia.

“This investment will support Facebook and Gojek’s shared goal of empowering businesses and driving financial inclusion across the archipelago,” Matt Idema, WhatsApp’s chief operating officer, said in the blog post.

Facebook investment in Gojek underscores its commitment to serving small businesses and helping bring them and their customers into the digital economy. Recent Facebook investment is also of its effort to build a commerce and payments business around WhatsApp, on top of letting businesses use the messaging service to interact with customers.

Since launching its app in 2015, Gojek has digitized hundreds of thousands of merchants on its platform, providing them with access to more than 170 million users across Southeast Asia. Its payments business processes billions of transactions each year and owns the largest e-wallet in Indonesia. A large part of this is driven by GoFood, the largest food delivery service in Indonesia, as well as the expansion of GoPay into other sectors both within and outside the Gojek ecosystem.

Commenting on the funding, Gojek Co-CEO, Andre Soelistyo, said: “This is great validation that the world’s most innovative tech companies recognise the positive impact Gojek is making in Indonesia and the whole of Southeast Asia. By working together, we have the opportunity to achieve something truly unique as we aim to help more businesses to digitise and ensure that many millions more consumers are enjoying the benefits that the digital economy can bring. 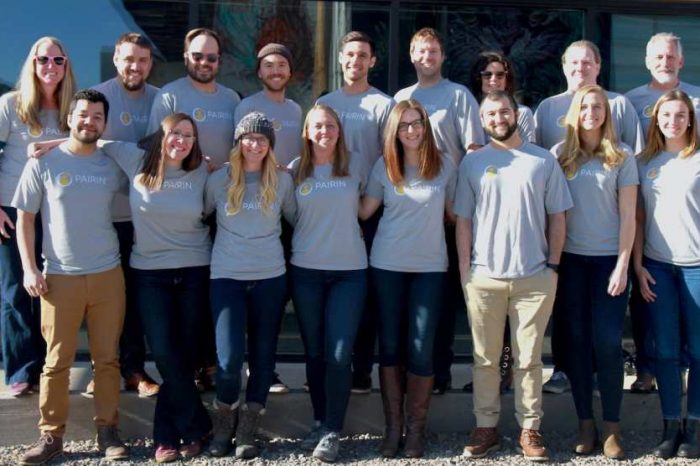 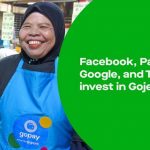