We first wrote about Dr. Shiva Ayyadurai when the MIT biologist first warned about mainstream media coverage of coronavirus. He went on to say that fear mongering will go down as the biggest fraud to manipulate economies. Since then, he’s been educating the public about the real truth behind the the deadly coronavirus. Dr. Shiva has been labeled by some mainstream media outlets, as “a controversial scientist” probably because he claimed to be “the inventor of email.”

Dr. Shiva is not a medical doctor. However, he has four degrees from Massachusetts Institute of Technology (MIT). He graduated from MIT in 1986 with a degree in electrical engineering and computer science. He has done extensive research at the molecular level and he was also speaker at National Science Foundation for the science of information on the immune system. Dr. Shiva also also holds a master’s degree in mechanical engineering from MIT. In 2004, he returned to MIT to work on a Ph.D. in systems biology, a relatively new field that integrates biology, engineering and computer science.

However, since our last article about Dr. Shiva, the discussion about coronavirus has shifted to the debate about masks. As the debate rages on, Dr. Shiva shares some scientific perspectives about why masks may be harmful to our health instead of preventing the transmission of the deadly coronavirus. Dr. Shiva went to explain how wearing a face mask could reduce the oxygen and potentially increase the CO2 levels. Dr. Shiva is not the only expert saying this. In an article published on Health.com, the magazine said the following:

So is it possible that wearing a face mask as part of social distancing can cause someone to build up so much carbon dioxide and get so little oxygen that they pass out, or worse? Carbon dioxide is a natural by-product of the body’s respiration process, something we all breathe in and out every day. How harmful can it be? In rare cases, it can actually be pretty dangerous, according to the National Institutes of Health (NIH). They say that inhaling high levels of carbon dioxide (CO2) may be life-threatening. Hypercapnia (carbon dioxide toxicity) can also cause headache, vertigo, double vision, inability to concentrate, tinnitus (hearing a noise, like a ringing or buzzing, that’s not caused by an outside source), seizures, or suffocation due to displacement of air.

Below is a video of Dr. Shiva offering his perspective on whether we should wear mask or not.

Below is another video of him having a mask discussion with Green Beret Medic who served America for 25 years.

A lovable Green Beret Medic who served America for 25 years gives us some wise advice: “No Masks!” pic.twitter.com/bMbzapSNXZ 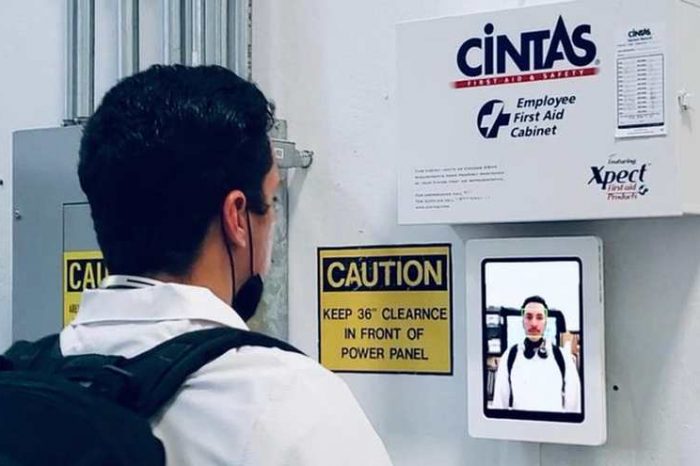