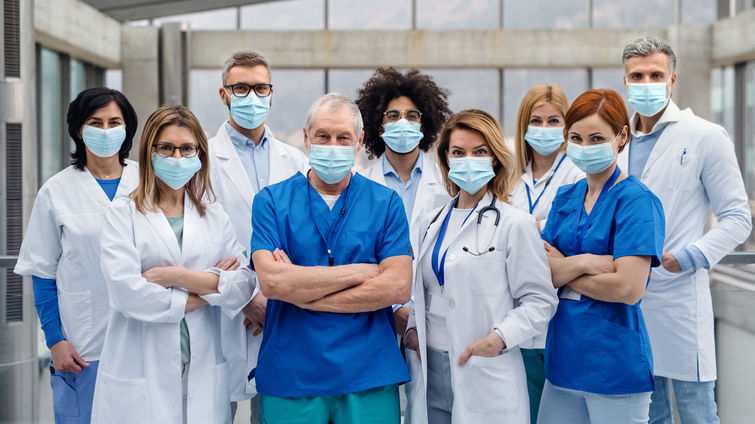 Yesterday, more than 600 doctors signed and sent a letter to U.S. President Trump urging him to reopen the U.S. economy. In their letter, the doctors called the coronavirus lockdowns a “mass casualty incident” with “exponentially growing health consequences.”

The letter also warns that tens of millions of Americans are at immediate risk of serious health concerns or death directly caused by the shutdown due to issues such as missed preventative healthcare checkups, suicide, alcoholism, drug abuse, homelessness, heart attacks, and strokes.

“We are alarmed at what appears to be the lack of consideration for the future health of our patients,” the letter reads. “The downstream health effects of deteriorating a level are being massively under-estimated and under-reported. This is an order of magnitude error,” the letter reads.

Below is the full text of the letter:

Thousands of physicians in all specialties and from all States would like to express our gratitude for your leadership. We write to you today to express our alarm over the exponentially growing negative health consequences of the national shutdown.

In medical terms, the shutdown was a mass casualty incident.

The red group receives highest priority. The next priority is to ensure that the other two groups do not deteriorate a level. Decades of research have shown that by strictly following this algorithm, we save the maximum number of lives.

Millions of Americans are already at triage level red. These include 150,000 Americans per month who would have had a new cancer detected through routine screening that hasn’t happened, millions who have missed routine dental care to fix problems strongly linked to heart disease/death, and preventable cases of stroke, heart attack, and child abuse. Suicide hotline phone calls have increased 600%.

Hundreds of millions are at triage level green. These are people who currently are solvent, but at risk should economic conditions worsen. Poverty and financial uncertainty is closely linked to poor health.

A continued shutdown means hundreds of millions of Americans will downgrade a level. The following are real examples from our practices.

Patient E.S. is a mother with two children whose office job was reduced to part-time and whose husband was furloughed. The father is drinking more, the mother is depressed and not managing her diabetes well, and the children are barely doing any schoolwork.

Patient A.F. has chronic but previously stable health conditions. Her elective hip replacement was delayed, which caused her to become nearly sedentary, resulting in a pulmonary embolism in April.

Patient R.T. is an elderly nursing home patient, who had a small stroke in early March but was expected to make a nearly complete recovery. Since the shutdown, he has had no physical or speech therapy, and no visitors. He has lost weight, and is deteriorating rather than making progress.

We are alarmed at what appears to be the lack of consideration for the future health of our patients. The downstream health effects of deteriorating a level are being massively under-estimated and under-reported. This is an order of magnitude error.

It is impossible to overstate the short, medium, and long-term harm to people’s health with a continued shutdown. Losing a job is one of life’s most stressful events, and the effect on a person’s health is not lessened because it also has happened to 30 million other people. Keeping schools and universities closed is incalculably detrimental for children, teenagers, and young adults for decades to come.

The millions of casualties of a continued shutdown will be hiding in plain sight, but they will be called alcoholism, homelessness, suicide, heart attack, stroke, or kidney failure. In youths it will be called financial instability, unemployment, despair, drug addiction, unplanned pregnancies, poverty, and abuse.

Because the harm is diffuse, there are those who hold that it does not exist. We, the undersigned, know otherwise.

Please let us know if we may be of assistance. 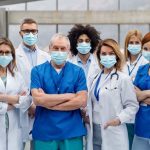