As the saying goes, what goes up must come down. This is especially true for WeWork.  The failed WeWork IPO now demonstrates that tech startups can no longer take the inflated valuation road. We’ve been following WeWork for about two years now. Founded in 2010, the New York City-based WeWork managed over 4 million square meters space. In 2018 alone, WeWork lost over $2 billion in 2018.

In January 2019, the firm valued itself at $47 billion . The Wall Street Journal noted that upon the release of its public prospectus in August 2019, the company was “besieged with criticism over its governance, business model, and ability to turn a profit.” On January 8, 2019, WeWork closed new $6 billion investment from Japan’s SoftBank; rebrands as itself as We Company.

SoftBank investment included a previously announced $4 billion funding commitment from SoftBank in the form of a $1 billion convertible note and a $3 billion warrant. At the time, WeWork and its subsidiaries had raised more than $10 billion in total commitments from SoftBank since 2017. The new funding round puts WeWork’s post-money valuation at $47 billion.

In 2019, the embattled office-sharing unicorn startup WeWork withdrew its IPO filing. “We have decided to postpone our IPO to focus on our core business, the fundamentals of which remain strong,” WeWork co-CEOs Artie Minson and Sebastian Gunningham said in a statement.

Now, fast forward to today. SoftBank is now saying WeWork is only worth $2.9 billion, down from $47 billion a year ago. SoftBank founder and CEO Masayoshi Son said his investment in WeWork was “foolish.” Masayoshi Son comment came in an earnings presentation as SoftBank lowered the value of the company to just $2.9 billion. To date, SoftBank has reportedly invested $18.5 billion in the company, according to a comments leaked in October from WeWork’s chairman. WeWork’s private valuation was as high as $47 billion before its botched IPO last year.

In a slide deck, SoftBank also illustrated the negative impact of the coronavirus on many of its investments. According to some slides from the presentation, SoftBank said two major challenges for unicorns, or companies valued over $1 billion, would be a “Rapid decline in demand (sales)” and negative free cash flow. 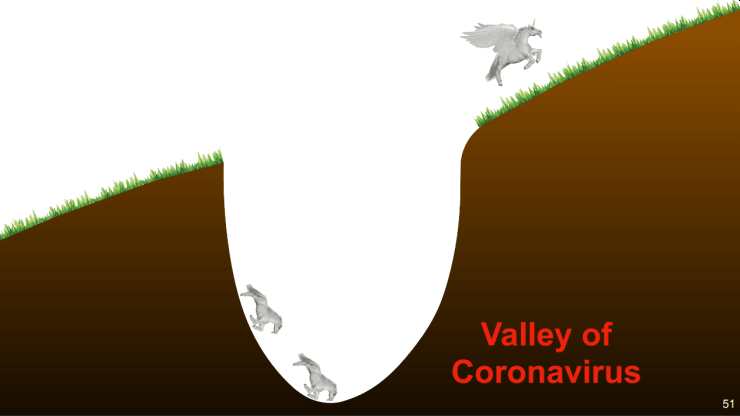 A slide from SoftBank’s latest earnings presentation. (Credit to SoftBank) 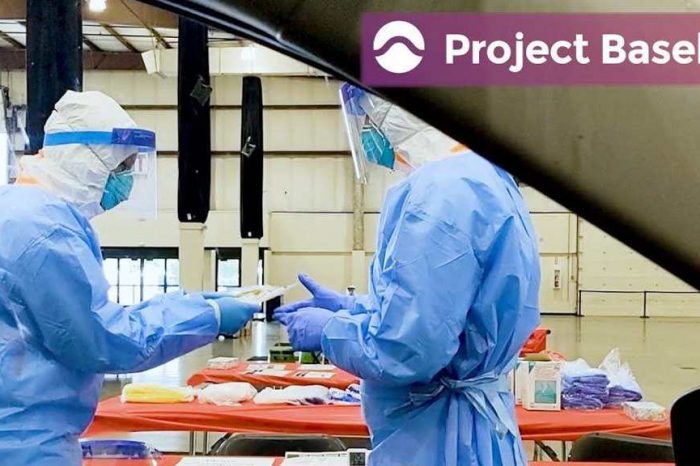