Intel is buying Moovit, a Mobility as a Service (MaaS) provider and the number one public transit app used by hundreds of millions of commuters worldwide, in a deal that valued the startup at around $900 million. Moovit has grown to be one of the most popular apps for providing commute-planning services for 800 million users in more than 3,000 cites and over 100 countries around the world.

Founded in 2012 by Nir Erez, Roy Bick, and Yaron Evron, the Israel-based Moovit is a developer of an app for planning local journeys primarily using public transit. Moovit previously raised over $130 million in venture funding from Intel and other backers. Intel initially invested in Moovit in 2018. The acquisition is part of the tech giant moves to get deeper into providing a range of future transportation services.

“Mobileye’s ADAS technology is already improving the safety of millions of cars on the road and Moovit accelerates their ability to truly revolutionize transportation–reducing congestion and saving lives–as a full-stack mobility provider,” Intel CEO Bob Swan said in a statement.

Moovit provides traffic data to third parties — including Intel itself, Uber and 7,500 transit authorities — and it also has a popular app with 800 million users globally. Intel has confirmed to me that all existing services will continue, but additionally it plans to use Moovit’s technology to expand the services it offers via Mobileye, the autonomous car company that Intel acquired for $15.3 billion in 2017, which is the anchor of its efforts in the automotive sector. 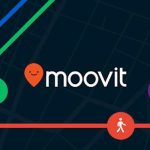