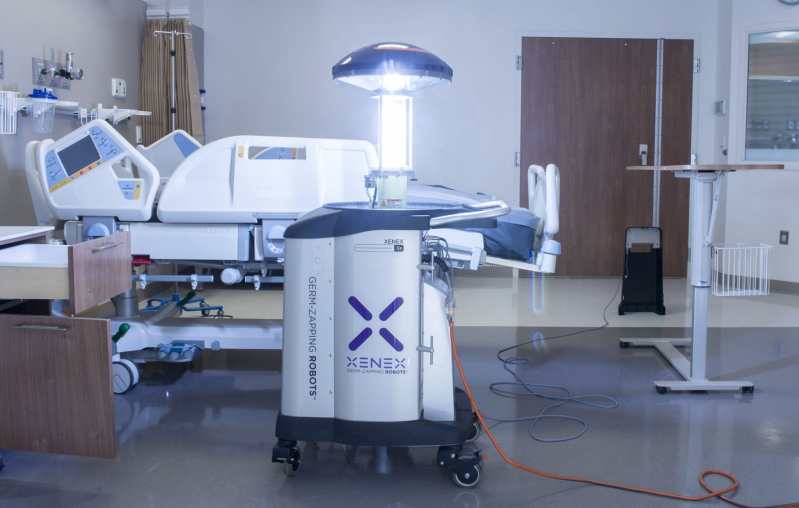 Just as people are preparing to go back to work after the coronavirus lockdowns are lifted, Xenex announced it has built a robot that uses UV light to disinfect surfaces that have coronavirus on them. The robot is not a cure for the virus, but it is a major step forward in preventing transmission.

Dubbed LightStrike, the germ-zapping robot is the first disinfection system of its kind to deliver intense germicidal action from 200-315nm. It’s a user friendly robot that’s intensely pathogen deadly. The robot, which uses pulsed xenon to create the UV-C light, delivers up to 4,300x more germicidal UV pathogen killing intensity than UV-C mercury vapor* and can disinfect an entire patient room in as little as 20 minutes.  When two buttons are pushed, people have 15 to 30 seconds to leave the room before the Xenex robot

Unlike UV-A and UV-B, which are known for damaging skin, UV-C is mostly absorbed by the ozone layer and doesn’t reach Earth. The New Jersey-based Xenex says superbugs, germs, and bacteria have no resistance to it, and they die in five minutes or less.

“It actually will not harm people, it will not penetrate your skin, if you’re in the room though, the light as we mentioned, it’s super intense, super bright, and so if you stare at it for a long time it could irritate your eyes,” said Michael Walker, business development manager for Xenex LightStrike Robots.

According to a National Institutes of Health study, long-term exposure to UV-C could be harmful by causing acute and chronic eye and skin damage. This robot has motion sensors and won’t even turn on if it detects people. 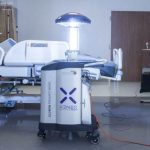