As of today, New York City has the highest number of confirmed coronavirus cases in the United States, based on the data compiled Johns Hopkins University. Now, a new MIT study claims that city subways and buses were “a major disseminator – if not the principal transmission vehicle – of coronavirus infection during the initial takeoff of the massive epidemic that became evident throughout the city during March 2020.”

The paper, published by MIT economics professor and Massachusetts physician Jeffrey Harris, points to the correlation between high ridership “and the rapid, exponential surge in infections” in the first two weeks of March — when the subways were still packed with up to 5 million riders per day — as well as between turnstile entries and virus hotspots. 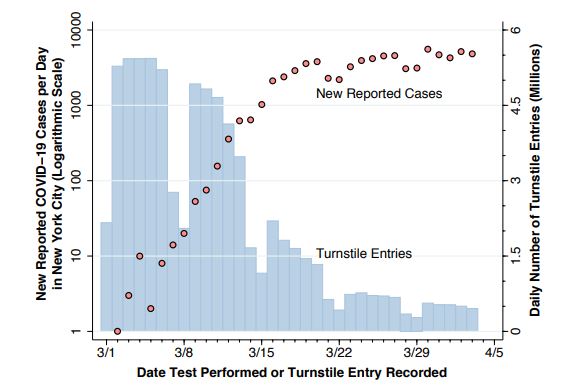 Their study tests the hypothesis that New York City’s multitentacled subway system was a major disseminator – if not the principal transmission vehicle – of coronavirus infection during the initial takeoff of the massive epidemic that became evident throughout the city during March 2020. The authors argued that the near shutoff of subway ridership in Manhattan – down by over 90 percent at the end of March – correlates strongly with the substantial increase in the doubling time of new cases in this borough.

They found strong consistency with subway-facilitated disease propagation after they superimposed maps of maps of subway station turnstile entries upon zip code-level maps of reported coronavirus incidence. Their study also shows that local train lines appear to have a higher propensity to transmit infection than express lines. Reciprocal seeding of infection appears to be the best explanation for the emergence of a single hotspot in Midtown
West in Manhattan. Bus hubs may have served as secondary transmission routes out to the periphery of the city.

While the study concedes that the data “cannot by itself answer question of causation,” Harris says the conditions of a typical subway car or bus match up with the current understanding of how the virus spreads.

“We emphasize the correlational nature of our investigation. We cannot point to a definitive intervention comparable to the removal of the handle on the Broad Street pump in St. James’s parish, advocated by Dr. John Snow, which dramatically shut down a cholera outbreak in midnineteenth century London (Snow 1855),” the author said. 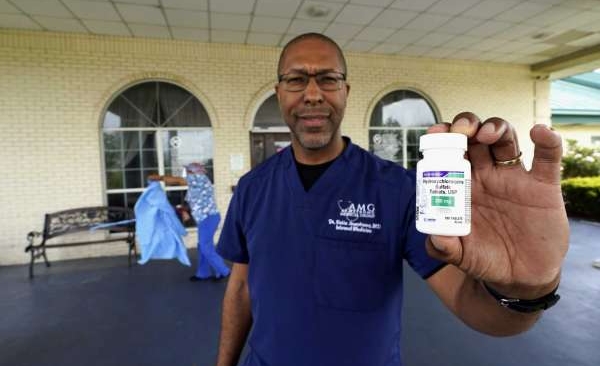