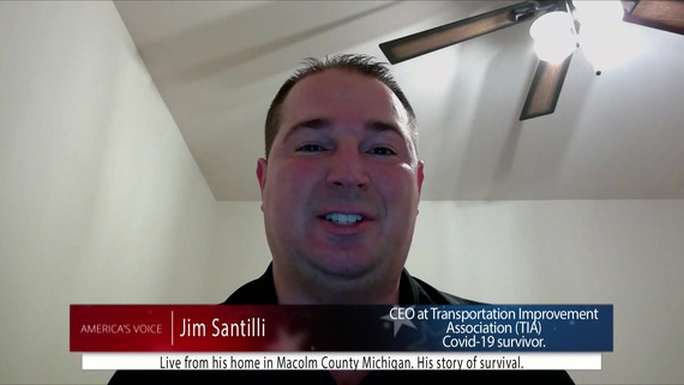 Jim Santilli, a coronavirus patient from Detroit, credits hydroxychloroquine and azithromycin for his quick recovery saying the the two drugs saved his life. Santilli was recently given the antimalaria drug that is showing positive results for beating COVID-19. Jim Santilli said it helped him and he believes it could help others, too.

“I was struggling to breathe. I felt like I was slowly drowning and I was sitting there thinking I’m not going to make it until midnight,” he said.  Santilli says the antimalaria drug Hydroxychloroquine and Azithromycin brought him back to life. The 38-year old Detroit resident was prescribed the drugs a little more than a week ago at Henry Ford Macomb where he was hospitalized for COVID-19.

He says a doctor told him they’d exhausted treatment options. An infectious disease physician recommended he try both. “He stated at that point for COVID-19 patients they saw a lot of positive results in China and South Korea it would be advantageous to try it,” Santilli said. “Right away I saw improvements in a few hours: the gasping for air stopped; a lot of my symptoms went away, and really it was a turning point almost a 180 degree turn as to what I was experiencing.”

On Sunday, the FDA issued emergency use authorization of anti-malaria drug Hydroxychloroquine for treatment of coronavirus patients.

Below is a video of Santilli with Laura Ingraham.

Thank you to everyone for your support and prayers while I was extremely ill and hospitalized due to COVID-19! It truly means the world to me. I am continuing to recover and be treated at home. I’m praying all of you, and your families, remain healthy and safe during this challenging time.

As a COVID-19 survivor who is currently recovering, I believe it is important to share my story publicly so others have hope. The sad reality is Michigan’s Governor, Gretchen Whitmer, is failing the people of the state of Michigan. Rather than leading and making good choices that will help our wonderful people during this horrible COVID-19 situation, she continuously chooses to engage in partisan politics. That must end now.

On March 18th, I had a sudden onset of severe respiratory and cardiac issues. I immediately went to the hospital and they did a COVID-19 test. Despite my test being marked as a priority, I did not receive the test results until the evening of March 22nd. While waiting for the test results in the hospital, my breathing continued to worsen as treatment was received. Without having the COVID-19 test results, the wonderful and hard-working doctors basically have their hands tied as certain medications (i.e. steroids, etc.) can potentially make COVID-19 worse. On the morning of March 21st, I was not doing well and it was a major struggle to breathe. Feeling like I was slowly drowning, I honestly believed I would not live to see midnight. The x-ray that morning also showed my condition was worsening, including some collapsing in the lungs. Luckily, the infectious disease physicians decided to try a non-approved, experimental combination (Hydroxychloroquine and Azithromycin). This is the same treatment President Donald Trump recently mentioned at a press conference and continues to be attacked for. After my first dose, I had a major improvement. My gasping for air stopped, and I was in tears of happiness due to having hope restored. I finally felt I would beat COVID-19 and it was no longer beating me. On March 22nd, I remained about the same. However, March 23rd brought a significant improvement. I continued to recover and was miraculously able to go home on March 24th to continue the treatment.

There are a few important things I believe the public needs to know. One is the treatment that President Trump recommended worked for me and saved my life. It also appears to be helping others. As a result, I believe we can all have hope! However, I sadly just learned that Governor Whitmer has once again made a terrible decision. According to the Detroit News, her Department of Licensing and Regulatory Affairs sent a letter threatening all doctors and pharmacists in Michigan who prescribe or dispense Hydroxychloroquine to treat COVID-19. The letter threatens administrative action against the licenses of doctors who prescribe it. It also instructs pharmacists to ignore physician orders for this medication. This is unacceptable and I’m confident Governor Whitmer, and her administration, will be responsible for many deaths and much suffering. I highly recommend she stop the politics, and not discourage doctors from using treatment they believe may work. It could be a matter of life or death for numerous patients.

As for the COVID-19 testing, we can do better. On March 24th, after hearing my story, a friend recommended I talk to a local company whom she heard had COVID-19 tests. I spoke with ProMed Rapid Testing of Southfield, Michigan. They were kind enough to drop off a sample to my home yesterday. I tried one and had the results in minutes. It showed I had IgG antibodies in my system, which apparently means I had the virus and successfully beat it. I was told these exact tests are being used in 67 countries around the world and they cost under $50. What really upset me the most is they apparently contacted multiple state and regional government and health system agencies over the past month about these available test kits.

I believe Governor Whitmer should’ve taken advantage of these tests rather than sitting and blaming the federal government. In my situation, doctors could’ve had immediate test results so they would’ve known what they were dealing with. These immediate test results are essential to early detection and effective treatment.

I also learned on March 25th, through multiple news sources, the Federal Emergency Management Agency (FEMA) did not receive a request from the State of Michigan for federal emergency funds. While Governor Whitmer was going on national television to engage in partisan politics, she should’ve been working with her team and had the application submitted long ago. Michigan topped 2,200 cases and at least 43 deaths on March 25th. On that same date, the Governor’s spokeswoman told the Detroit Free Press that state officials were “reviewing and looking into” a request to FEMA. So, while Michigan ranks fifth in the nation for total coronavirus cases, and does need federal assistance, Governor Whitmer failed to complete the process and instead opted to wrongfully point the finger at President Trump.

Overall, the COVID-19 situation should not be about partisan politics. Our elected officials, who work for us, must lead effectively and do what’s in the best interest of all people. Governor Whitmer has not done this. Instead, she continuously makes very poor decisions and puts politics before people. As a COVID-19 survivor, I believe Governor Whitmer needs to start acting in the best interest of the people here in the great state of Michigan. Instead of pointing the finger at others, she needs to look in the mirror. It is not too late for her to set partisan politics aside and start making good choices for us all. 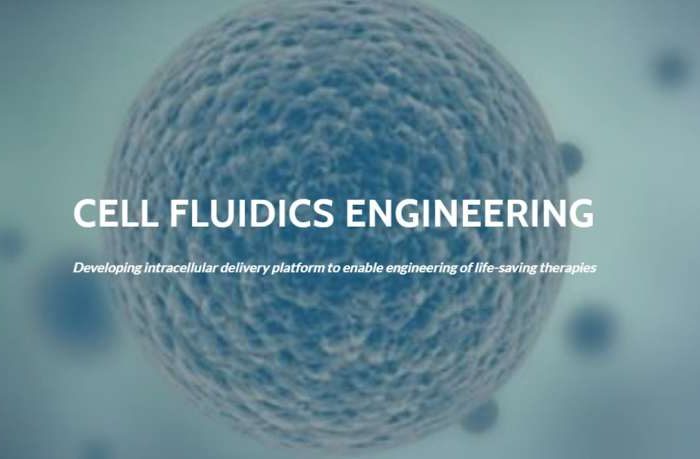 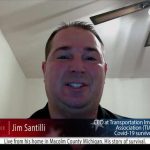