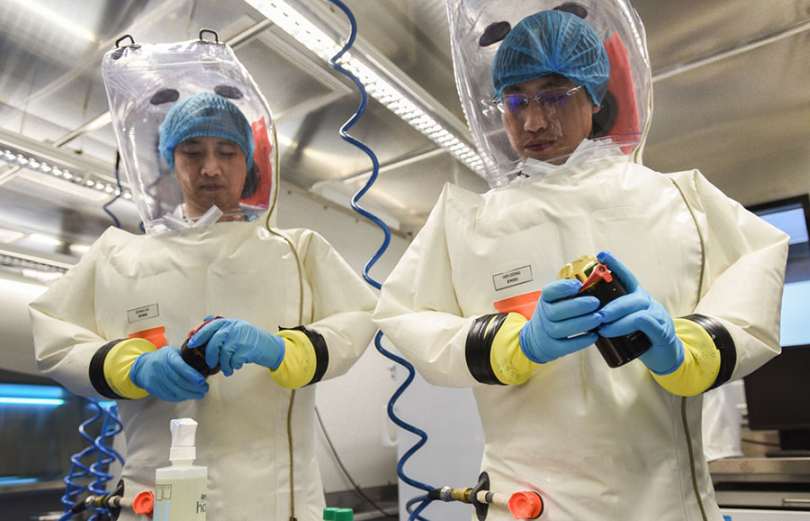 The U.S. Customs and Border Protection (CBP) agents at Detroit Metro Airport stopped a Chinese biologist with three vials labeled “Antibodies” in his luggage in late November 2018, according to an FBI tactical intelligence report obtained by Yahoo News. The Chinese biologist told the CBP agents that a colleague in China had asked him to deliver the vials to a researcher at a U.S. institute. After examining the vials, however, customs agents came to an alarming conclusion, Yahoo reporters said in the report.

The report, written by the Chemical and Biological Intelligence Unit of the FBI’s Weapons of Mass Destruction Directorate (WMDD), does not give the name of the Chinese scientist carrying the suspected SARS and MERS samples, or the intended recipient in the U.S. But the FBI concluded that the incident, and two other cases cited in the report, were part of an alarming pattern.

“The Weapons of Mass Destruction Directorate assesses foreign scientific researchers who transport undeclared and undocumented biological materials into the United States in their personal carry-on and/or checked luggage almost certainly present a US biosecurity risk,” reads the report. “The WMDD makes this assessment with high confidence based on liaison reporting with direct access.”

The report, which came out more than two months before the World Health Organization learned of a cluster of pneumonia cases in Wuhan that turned out to be COVID-19, appears to be part of a larger FBI concern about China’s involvement with scientific research in the U.S. While the report refers broadly to foreign researchers, all three cases cited involve Chinese nationals. 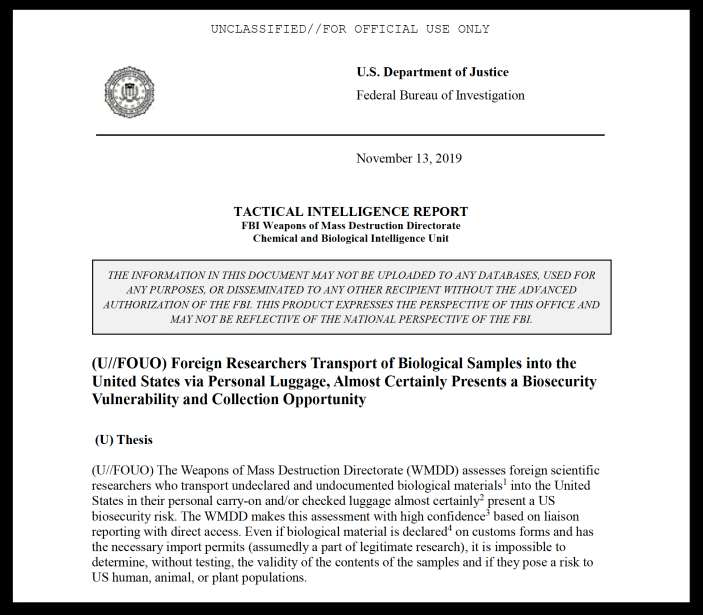 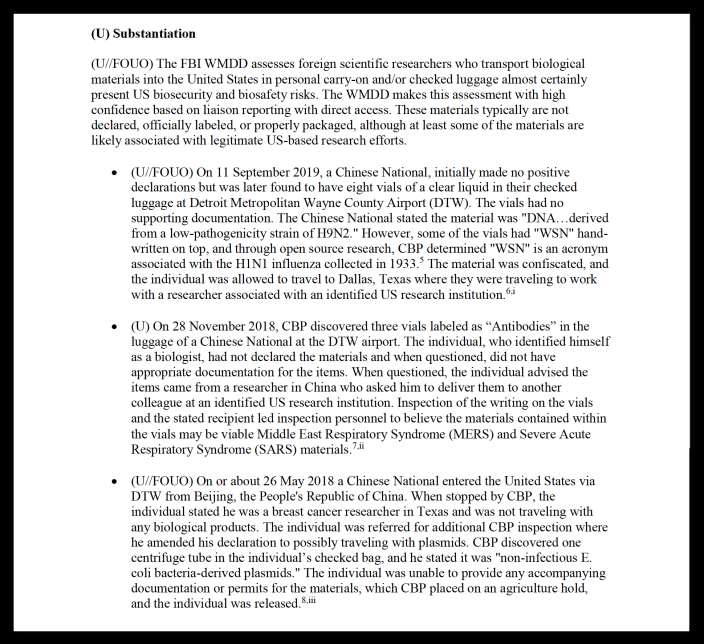 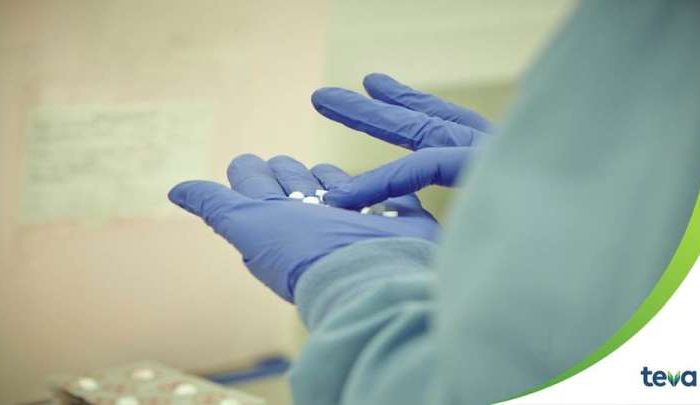 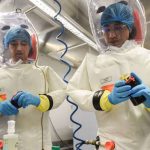