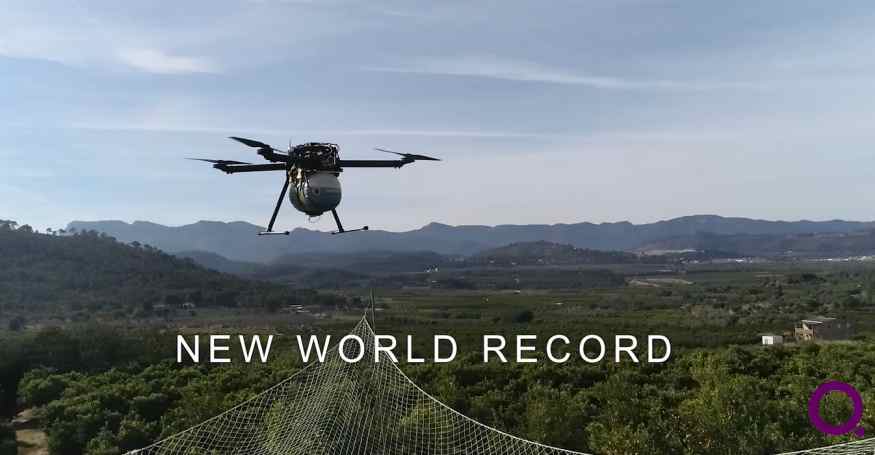 How cool would it be to be able to fly your drone during an entire day instead of losing most of the time charging batteries or replacing them, like nowadays? This dream is now more reachable thanks to hybrid drones.

Six years ago, Quaternium startup, made a revolutionary breakthrough developing the first hybrid fuel-electric drone ever. This drone was inspired by hybrid cars from the automotive industry. In 2015 the company made a disruptive flight of 3 hours and 10 minutes with their multirotor HYBRiX, crushing all previous flight-time records. Since then, the achievements of hybrid drones have not stopped growing.

Quaternium is the leading European brand of long-endurance multirotors. Pioneers in the drone industry since 2008, the company has created very popular multirotors and gimbals, such as the Spidex drones. The company is located in Valencia, Spain and has thousands of customers in the five continents.

The leader of hybrid drones, Quaternium, just broke the rules again. Pulverizing any previous endurance record with an astonishing flight of 8 hours and 10 minutes non-stop. All this, with an experimental version of their new drone HYBRiX 2.1, of 25 kg MTOW.

HYBRiX UAV took off at 08:52 am in Valencia, Spain, and landed at 17:02 pm. Performing a stationary flight of 490 minutes. With this breakthrough, Quaternium set the New World Record of Endurance with the longest hybrid-drone flight on Earth. HYBRiX´s flight in Spain lasted nearly one hour more than the previous flight record, from Richen Power.

Below is a flight video with the demonstration of the Record.

Most multicopter drones in the market offer flight times ranging from 25 to 40 minutes, forcing the pilot to carry multiple batteries to the field while losing most of their time charging them. Compare this tedious work with just spending the whole time flying and getting all the information you need. With this game-changing innovation, it is possible.

Most multicopter drones in the market offer flight times ranging from 25 to 40 minutes, forcing the pilot to carry multiple batteries to the field while losing most of their time charging them. Compare this tedious work with just spending the whole time flying and getting all the information you need. With this game-changing innovation, it is possible.

Flight time of most popular multirotor drones compared to HYBRiX.

HYBRiX project is supported by the European Union through their innovation program Horizon 2020, which fosters disruptive projects in innovation, excellent science and industrial leadership. The project has also received multiple Awards by institutions such as AUVSI, CDTI, or the Spanish Government.

Thanks to this huge advantage in flight time, HYBRiX is the ideal aircraft for aerial missions such as Surveillance or First Response. In every emergency situation, when time runs against the clock and lives are on the line, a long-endurance drone is a strong ally.

Today, the world is suffering from recurrent catastrophes caused by climate change. From floods to forest fires, generating huge damages to critical infrastructures, communications systems access and basic services. For over 10 years, quadcopters have proven their value in evaluating the aftermath of earthquakes such as the case of the Sichuan earthquake or Hurricane Florence’s landfall. In both disasters, multirotors were used to search the land and identify as many people as possible. Although they were useful, they all had the same limitation, flight endurance. Being only able to cover small areas.

During these situations, every second counts. This is what motivated Quaternium to develop a drone that could have a much longer endurance. With HYBRiX, rescuers and firefighters will be able to identify hot spots and access property damage while searching for survivors. Thanks to the unique features of HYBRiX, these situations can be managed safely while achieving faster results.

Bill Gates: Coronavirus may be ‘once-in-a-century pathogen we’ve been worried about,’ more fatal than influenza pandemic of 1957 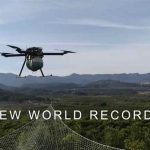