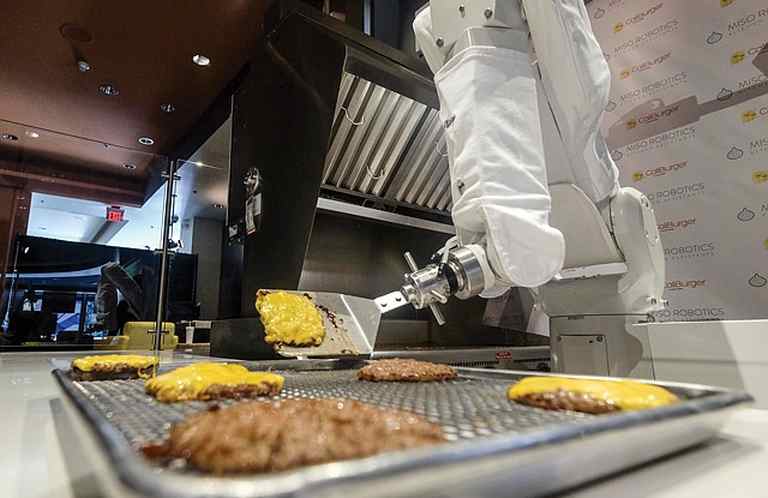 From Boston to San Francisco, robots are now being used in fast food restaurants to work alongside restaurant workers. The latest example is Flippy, a robot hamburger flipper and the world’s first autonomous robotic kitchen assistant. The robot was developed by Miso Robotics, a robotics and AI startup that develops and manufactures artificial intelligence-driven robots that assist chefs to make food at restaurants. Just like humans, Flippy also learns from its surroundings and acquire new skills over time.

Flippy made its debut in March 2017 when it was first installed at Caliburger, a fast food restaurant and burger chain in Pasadena, California, as the answer to employees who can’t stand the heat in the kitchen. The company later signed a contract with restaurant operator Cali Group to install its robotic burger-flipping arm in 50 of the restaurateur’s CaliBurger locations over the next two years. Miso said they don’t believe robots will take every job, but just some unpleasant ones. 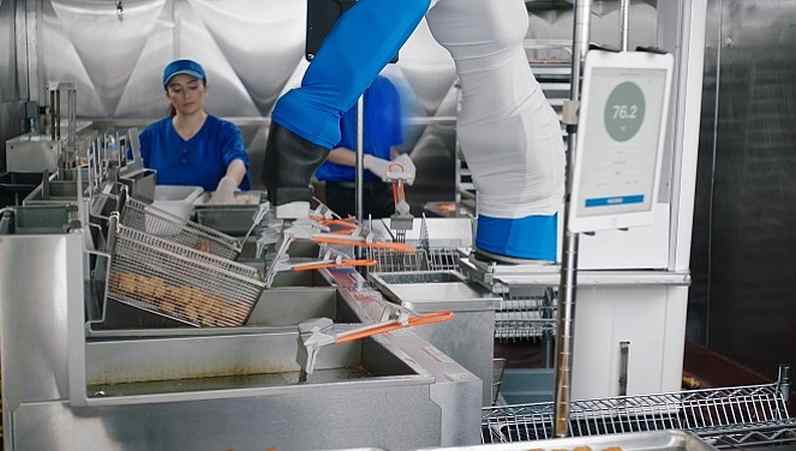 The robots help chefs in prep work, grilling, frying, and final assembly in commercial kitchens. Flippy grabs unwrapped burger patties, moves them into position on a hot grill, keeps track of each burger’s cook-time and temperature, then alerts human cooks when it’s time to apply cheese or other toppings. The company was founded in 2016 and is based in Pasadena, California.

Below is a video of Flippy in action.

Since signing a contract with Caliburger, Miso Robotics has added Dodger Stadium vending operator Levy Restaurants Inc. as a client in July, outfitting Flippy with a new prosthesis in order for it to fry chicken tenders at Los Angeles Dodgers games. Flippy cooked an average of more than 218 baskets of chicken per hour at Dodger Stadium during the latter half of the 2018 season and into the World Series. It is expected to remain part of the Levy kitchen team next season, according to Miso.

Founded in 2016 by a trio of Caltech alumni, the Pasadena-based Miso Robotics makes Flippy to perform a variety of commercial kitchen tasks, such as flipping burgers or frying chicken. Flippy can grab unwrapped burger patties, moves them into position on a hot grill, keeps track of each burger’s cook-time and temperature, then alerts human cooks when it’s time to apply cheese or other toppings.

Below is a video of Flippy in action. 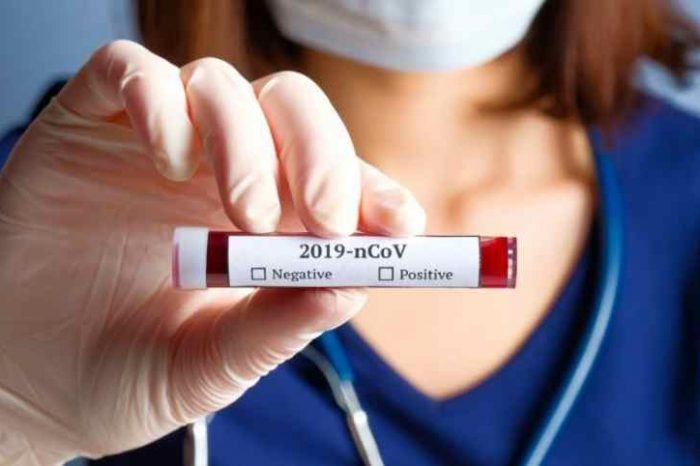 How to prepare and protect yourself from coronavirus: Facts, symptoms, and prevention, according to experts 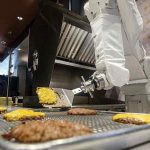