Good morning! Below are the top tech startups news for today, Wednesday, February 26, 2020.

Google to invest over $10 billion in 2020 on U.S. data centers, offices. Alphabet Inc’s Google said on Wednesday it would invest more than $10 billion in offices and data centers across the United States this year. The company added that the new investments will focus on 11 states including Massachusetts, New York and Ohio. “These investments will create thousands of jobs – including roles within Google, construction jobs in data centers and renewable energy facilities, and opportunities in local businesses in surrounding towns and communities,” Chief Executive Officer Sundar Pichai said in a blog post.

Autonomous driving startup Pony.ai raises $462 million led by Toyota, now valued at over $3 billion. Pony.ai announced it has raised $462 million in its latest funding round. The round, which now values the 3-year-old startup at a little over $3 billion, was led by Japan’s largest automaker Toyota Motor Corp.  This is the biggest investment in an autonomous driving company with a Chinese background. Existing backers include Sequoia Capital China and Beijing Kunlun Tech Co, at slightly more than $3 billion. Founded in 2016 by James Peng and Tiancheng Lou, the Fremont, California and Beijing, China-based Pony develops artificial intelligence solutions in the field of robotics.

New York-based AI startup Alkymi Raises $5M Seed Round to Deliver First Data Inbox to the Enterprise. AI startup Alkymi announced today that it has raised $5M in Seed funding to automatically free data from email and documents through a first-ever Data Inbox for enterprises. The round was led by Canaan, with additional participation from prior investor Work-Bench and new investor SimCorp. Joydeep Bhattacharyya. Alkymi was co-founded in 2017 by Harald Collet who saw this problem from the inside as an executive at Oracle and at Bloomberg L.P., where he launched Bloomberg Vault, a new SaaS product that he grew to more than 1,000 customers in 5 years. Co-founders Adam Kleczewski (Chief Data Scientist) and Steven She (CTO) collaborated at a prior startup, x.ai, building an intelligent personal assistant. The New York City-based startup makes data instantly actionable through world-class engineering, data science, and machine learning.

Peter Thiel-backed big data analytics startup Palantir wins $823 million Pentagon contract.  Peter Thiel-backed big data analytics startup has secured a four-year contract worth as much as $823 million to provide software to the Department of Defense, according to a report from Bloomberg, citing recently reviewed communications. According to Bloomberg, the contract is the second half of a larger project. Palantir and Raytheon Co. won the first half of the deal in 2018, worth $876 million. This second part involves Palantir working with BAE Systems to replace the U.S. Army’s Distributed Common Ground System, used for aggregating and analyzing data, which has faced technical challenges.

Google’s CapitalG and Goldman Sachs invest $131 million in no-code application platform startup Unqork. Unqork, the New York-based no-code application platform for the enterprise, has closed additional $51 million in Series B growth funding. The round, which was led by CapitalG, and joined by Goldman Sachs, and funds and accounts under management by subsidiaries of BlackRock, Inc., will further propel Unqork’s rapid growth and expanding customer engagements. Unqork was launched in mid-2017 to help large enterprises build complex custom software and applications faster, with higher quality, and lower costs than conventional approaches. Its platform is used by major global companies including Liberty Mutual, HSBC, John Hancock, Pacific Life, and Maimonides Medical Center.

CarParts.com Unveils New Brand Identity that Drives Customer Experience. CarParts.com, an e-commerce auto parts retailer, announced the debut of its new website to boost customer experience. The rebrand is the culmination of detailed user testing and research as well as an extensive review of customer feedback, and will reflect the company’s comprehensive offerings, value and mission to make online parts shopping even easier. Founded in 1999, CarParts.com, a division of US Auto Parts Network, is an e-commerce auto parts retailer. With over 10 million orders shipped, we’ve helped millions of customers across the United States find the right part for their vehicle and get back on the road, hassle-free. 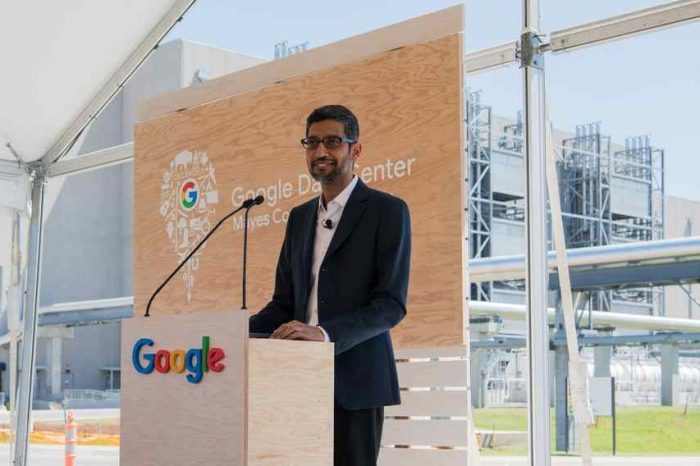