Good morning! Below are the top tech startups news for today, Tuesday, February 25, 2020.

Goldman Sachs, others invest $55 million in London-based fintech startup JUMO. JUMO, a technology startup company building next-generation financial services for emerging market entrepreneurs, today announced it has raised$55 million in debt and equity funding to support its expansion into new markets and the launch of new products. The funding round introduced new investors to join existing investors such as Goldman Sachs, Odey Asset Management and Leapfrog Investments. Founded in London in 2015, JUMO is a full technology stack for building and running financial services. We enable our partners to offer next-generation savings, lending and insurance products to entrepreneurs in emerging markets.

Apple is teaming up with Johnson & Johnson on new study to find out if Apple Watch can help reduce risk of stroke. Back in December 2018, Apple began offering AFib detection on the Apple Watch Series 4. A feature allows users to run a quick test using the Apple Watch to see if they may have AFib. Those users can then turn the results into a doctor for further analysis and testing, if needed. Now the tech giant is teaming with Johnson & Johnson in a new study called Heartline to see if the Apple Watch can help reduce the risk of stroke and detect atrial fibrillation (AFib) early. The two companies announced on Tuesday. AFib is the leading cause of stroke, but Johnson & Johnson said it can be hard to diagnose because people often don’t exhibit symptoms.

Tesla shares tumble on coronavirus concerns. Shares of electric car giant Tesla tumbled on Monday amid a broader market sell-off driven by investors’ coronavirus concerns. The COVID-19 epidemic in China could turn into a pandemic, with infections on the rise in Iran, Italy and South Korea. Tesla, which recently began manufacturing operations in Shanghai, saw its shares close down 7.5%, ending the day at $833.79. Tesla also relies on many Chinese suppliers to make its electric cars, and is hoping to sell more cars to Chinese consumers.

Comcast is buying ad supported free streaming service startup Xumo for over $100 million. Comcast announced today that it is buying Xumo, a Los Angeles-based tech startup and a provider of advertising-supported free streaming service that comes pre-installed on smart televisions. The interest in the 9-year old Xumo stems from its partnerships with smart television manufacturers and streaming technology. The financial terms of the acquisition were not disclosed. However, people familiar with the matter said Comcast paid more than $100 million for the company, which has 55 employees and about 10 million monthly active users through the company’s preferred placement on smart TVs. Founded in 2011, Xumo seamlessly delivers over-the-top (OTT) and video-on-demand (VOD) content direct to consumers through smart TV, mobile and desktop applications

Digital bank startup Revolut raises $500 million at $5.5 billion valuation. Revolut announced it has raised $500 million in a fresh round of funding that values the company at $5.5 billion. The round, which brings the company’s total amount raised up to $836 million, was led by Silicon Valley-based venture capital firm TCV — an early investor in companies like Facebook and Netflix — and also attracted backing from existing investors Ribbit Capital, DST Global, Lakestar and GP Bullhound. Revolut said it will use the new financing to bolster its offering in existing markets and expand into lending. The startup now tied with e-commerce payments start-up Klarna as the most valuable fintech start-up in Europe. The UK-based startup founded in 2015 by Nikolay Storonsky and Vlad Yatsenko, said it has just raised a Series C investment round of $250 million led by Hong-Kong based DST Global with participation from existing investors Index Ventures and Ribbit Capital.

Ripcord raises $45M in Series B2 funding to modernize the car buying process and digitize paper records using AI. Ripcord, the world’s first robotics digitization company that is transforming the $62 billion records management, RPA, MPS, and ECM space through robots that scan, index and categorize paper records, announced it has raised additional $45 million in Series B2 funding to drive digital transformation across the automotive industry and modernize the car buying process. The round, which was led by CDK Global, increases the company’s total funding to over $120 million. Other backers in this round include existing investors Kleiner Perkins, GV, Steve Wozniak, Silicon Valley Bank, Lux Capital, Tyche Partners, Icon Ventures, and Baidu. Founded in 2014 by Alex Fielding, Kevin Hall, and Kim Lembo, Hayward, California-based Ripcord is a robotic digitization company that builds robots to digitize records and make them accessible anywhere, anytime. 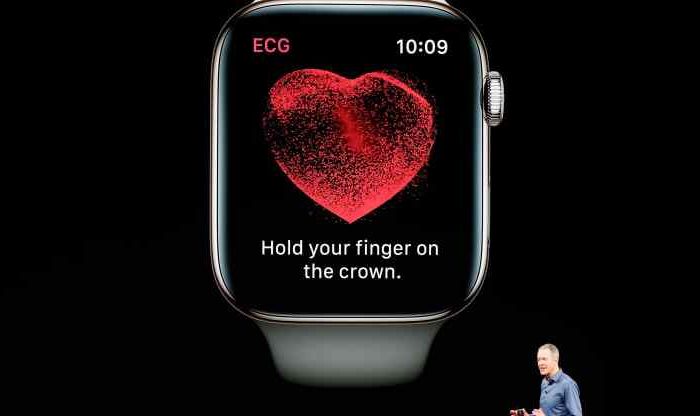