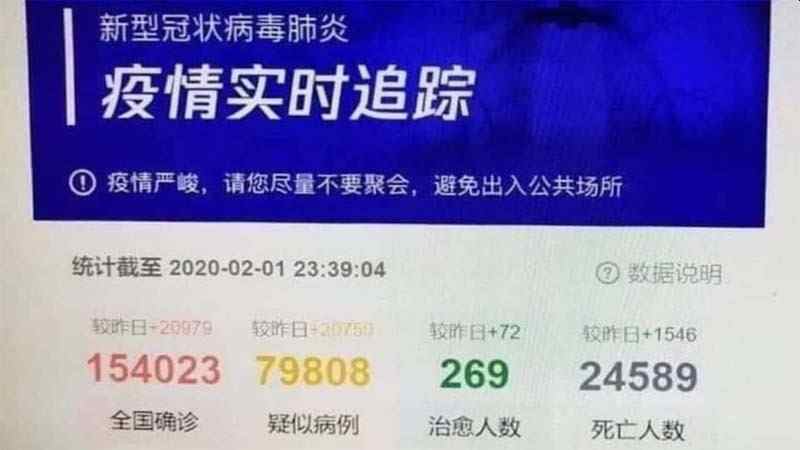 Coronavirus epidemic continues to spread around the world. The virus, which started Wuhan town in China, is estimated to have killed at least 400 people according to information from the Chinese government. However, many experts question the accuracy of China’s statistics for the Wuhan coronavirus outbreak.

However, according to a new report from Taiwan News, Tencent over the weekend seems to have inadvertently released what is potentially the actual number of infections and deaths, which were astronomically higher than official figures. Tencent revealed on its web page an article titled “Epidemic Situation Tracker”, showed confirmed cases of novel coronavirus (2019nCoV) in China as standing at 154,023, 10 times the official figure at the time. It listed the number of suspected cases as 79,808, four times the official figure.

The number of cured cases was only 269, well below the official number that day of 300. Most ominously, the death toll listed was 24,589, vastly higher than the 300 officially listed that day.

Moments later, Tencent updated the numbers to reflect the government’s “official” numbers that day. Netizens noticed that Tencent has on at least three occasions posted extremely high numbers, only to quickly lower them to government-approved statistics. 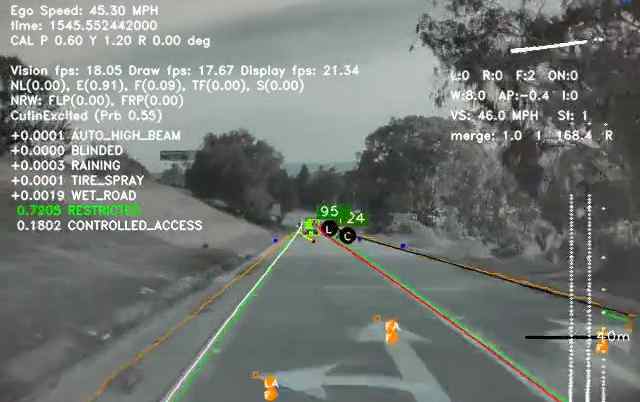 This is what Tesla Autopilot sees using neural networks that take 70,000 GPU hours to train and output 1,000 tensors (predictions) at each timestep 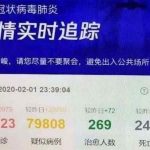