Investors are running for cover after WeWork’s botched IPO

We’ve written many stories about WeWork more than any other startups on this site. Some of you are probably tired of hearing about the fledgling startup. But there is more to learn from failures of others than their successes. As Reuters reported earlier today, investors are now running for cover after several setbacks and failures of a once high-flying startup.

According to Reuters, “More than a dozen Silicon Valley-based lawyers, entrepreneurs and venture-capital investors told Reuters that since the embattled WeWork’s canceled public offering and other ill-fated IPOs, investors have been securing protections of their original investments in “unicorns” – private companies valued at $1 billion or more.”

Unicorn investors are now seek more protection. According to a quarterly survey by law firm Fenwick & West, which tracks deal terms of startup clients, it showed a sharp rise in those with senior liquidation preferences for later stage funding rounds in the third quarter of 2019, the time when WeWork’s IPO plan unraveled. 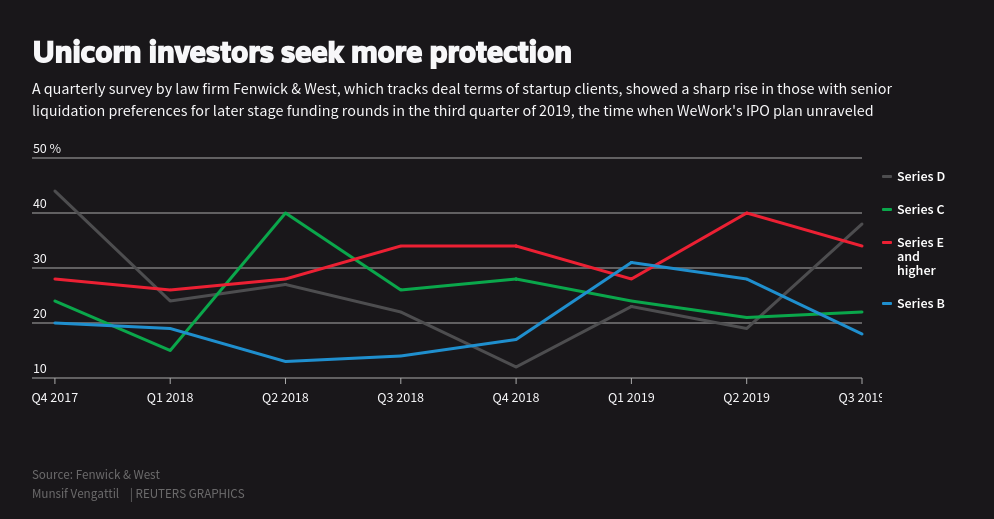 WeWork’s failure is now reverberating throughout the tech industry. Investors are now more conscious about investing in startups with little or no part to success. “It can also be detrimental for founders, employees and early-stage investors, which in turn could make M&A deals challenging,” Reuters said.

A quick trip to the memory lane

In October 2018, after the failed IP attempt, SoftBank took control of the struggling real estate startup WeWork slashing its valuation from $47 billion between $7.5 billion to $8 billion. In November, WeWork reported a net loss of $1.25 billion, surpassing its sales. This third quarter loss more than double its loss from the same period last year. It’s not all bad news for the real estate startup. During the same period, WeWork revenue for the third the quarter doubled to $934 million, up from $482 million a year earlier.

Then last December, the struggling WeWork reportedly secured $1.75 billion in additional debt financing from Goldman Sachs, according to a report from Bloomberg. The new financing is expected to help the company resolve its prior commitments for credit lines that it has already opened, and allow it to free up approximately $900 million in cash. WeWork has faced several setbacks this year. The company also fired its former CEO and founder Adam Neumann in September and announced layoff of some of its employees. 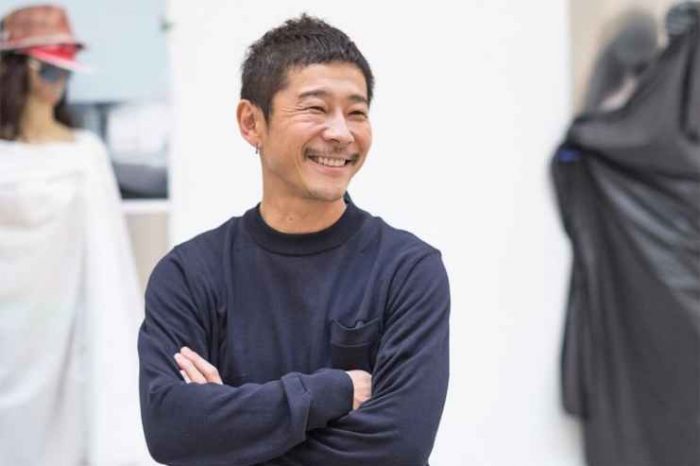 Journey to Space: Japanese billionaire Maezawa and founder of Retailer Zozo, is seeking a girlfriend for SpaceX voyage

Investors are running for cover after WeWork’s botched IPO