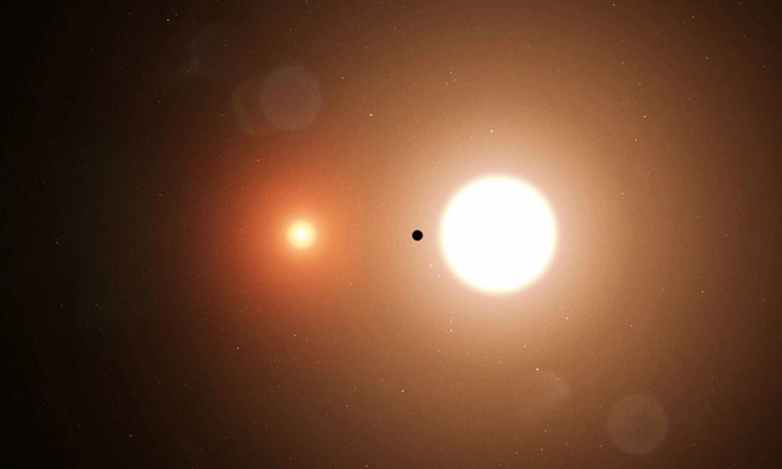 Just 3 days into his internship gig at NASA, a 17-year-old high school student discovered a rare new planet. Wolf Cukier, a student from Scarsdale High School in New York, made the remarkable discovery while examining data from a system 1,300 light-years from Earth, according to announcement by NASA.

The newly found planet’s size alone is 6.9 times larger than Earth, almost the size of Saturn. However, the new named named TOI 1338 b, is unlikely to be livable. TOI 1338 b is the only planet in the TOI 1338 system, which lies 1,300 light-years away in the constellation Pictor, and orbits its stars every 95 days. Cukier discovered darkness in one of the system’s suns, which later turned out to be an actual planet that orbited two stars.

“I was looking through the data for everything the volunteers had flagged as an eclipsing binary, a system where two stars circle around each other and from our view eclipse each other every orbit,” Cukier said, in a statement released by NASA. “About three days into my internship, I saw a signal from a system called TOI 1338. At first I thought it was a stellar eclipse, but the timing was wrong. It turned out to be a planet.”

TOI 1338 b, as it is now called, is TESS’s first circumbinary planet, a world orbiting two stars. The discovery was featured in a panel discussion on Monday, Jan. 6, at the 235th American Astronomical Society meeting in Honolulu. A paper, which Cukier co-authored along with scientists from Goddard, San Diego State University, the University of Chicago and other institutions, has been submitted to a scientific journal.

The TOI 1338 system lies 1,300 light-years away in the constellation Pictor. The two stars orbit each other every 15 days. One is about 10% more massive than our Sun, while the other is cooler, dimmer and only one-third the Sun’s mass.

TOI 1338 b is the only known planet in the system. It’s around 6.9 times larger than Earth, or between the sizes of Neptune and Saturn. The planet orbits in almost exactly the same plane as the stars, so it experiences regular stellar eclipses.

TESS has four cameras, which each take a full-frame image of a patch of the sky every 30 minutes for 27 days. Scientists use the observations to generate graphs of how the brightness of stars change over time. When a planet crosses in front of its star from our perspective, an event called a transit, its passage causes a distinct dip in the star’s brightness.

But planets orbiting two stars are more difficult to detect than those orbiting one. TOI 1338 b’s transits are irregular, between every 93 and 95 days, and vary in depth and duration thanks to the orbital motion of its stars. TESS only sees the transits crossing the larger star; the transits of the smaller star are too faint to detect.

Wolf Cukier, a 17-year-old currently in his senior year of high school, discovered a new planet last year on the third day of his internship at NASA’s Goddard Space Flight Center while reviewing data on star brightness. He joked that the planet doesn't… https://t.co/DDQIEZVnGo 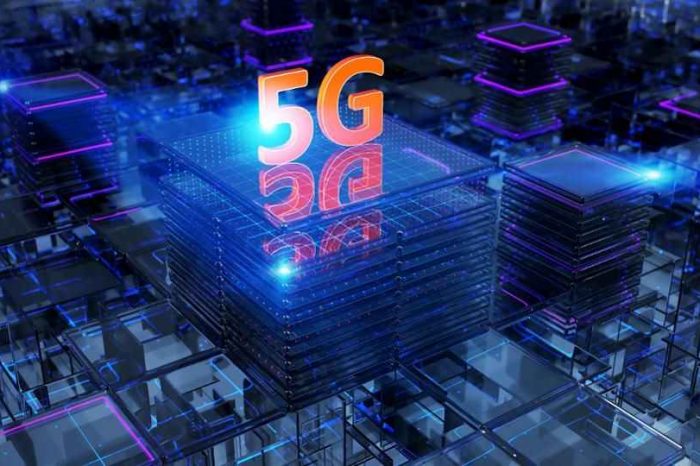 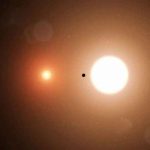