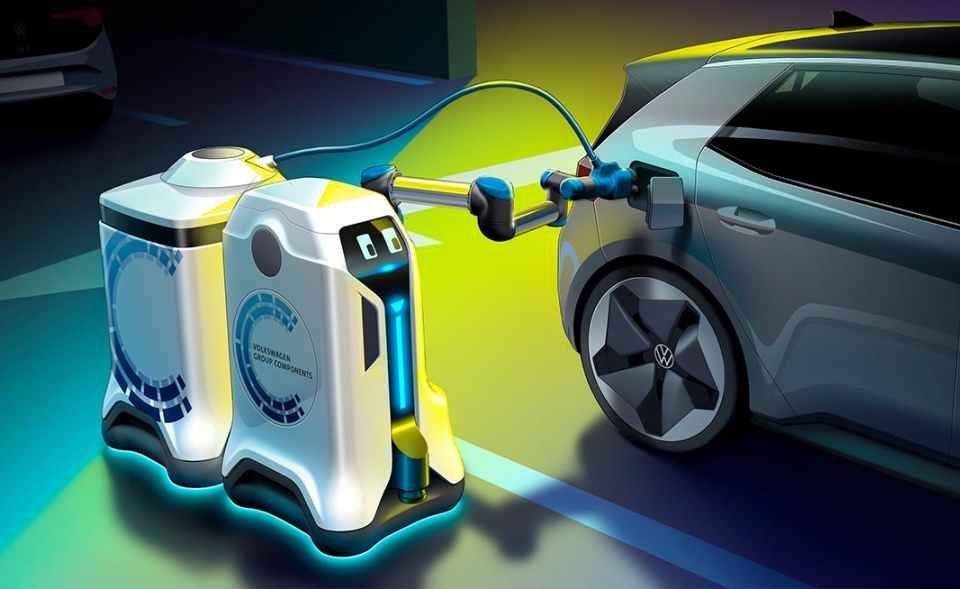 With more than 5.1 million electric cars on the roads globally, there is increasing need for infrastructure and charging stations to keep these cars moving. However, Volkswagen seems to have the solution. This week, Volkswagen unveiled a new visionary for a mobile charging robot that can charge electric vehicles in a parking garage using mobile battery packs.

Developed to revolutionize the underground car park, Volkswagen Volkswagen Group Components presents a new and visionary charging concept with mobile robots that will charge electric vehicles completely autonomously in future that one day could turn every parking space can become a charging point. The German car manufacturer provides a glimpse into the future in which the search for charging stations for electric cars comes to an end. Volkswagen Group Components’ mobile charging robot takes over this task – and drives to the electric car completely autonomously. 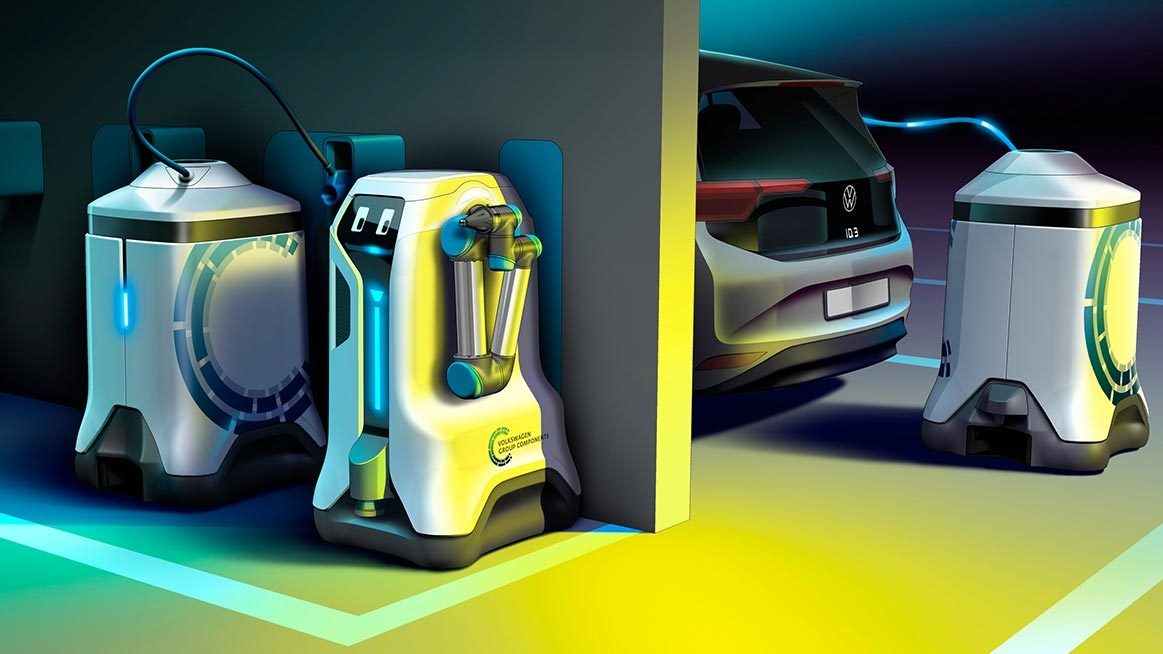 “The mobile charging robot will spark a revolution when it comes to charging in different parking facilities, such as multistory car parks, parking spaces and underground car parks because we bring the charging infrastructure to the car and not the other way around. With this, we are making almost every car park electric, without any complex individual infrastructural measures”, summarizes Mark Möller, Head of Development at Volkswagen Group Components.

“It’s a visionary prototype, which can be made into reality quite quickly, if the general conditions are right”, Möller continues. Volkswagen Group Components is researching different approaches to the assembly of charging infrastructure and has already developed several successful products. The flexible quick charging station and DC wall boxes are already part of a future charging family. Customer-oriented, intelligent and flexible approaches to charging are at the center of the research. Other innovative products such as the charging robot are currently being developed.

The robot, which can drive autonomously, is fitted with cameras, laser scanners and ultrasonic sensors. The combination of these systems not only allows the robot to carry out the charging process completely autonomously but also to move around freely in the parking area, to recognise possible obstacles and to react to these. Depending on the size of the parking area or the underground car park, several charging robots can be employed simultaneously so that several vehicles can be attended to.

Every parking lot can become a flexible charging point

The mobile charging robot can be put to use in various ways. It isn’t just a robot arm that connects a car to a fixed charging station. Instead, drivers have the choice to park in any available space, independent of whether a charging station is free or not. The robot brings the charging station in the form of a mobile energy storage device directly to the vehicle. For operators of different parking facilities this is a quick and easy solution to electrify every parking space. “This approach has an enormous economic potential”, says Möller. “The constructional work as well as the costs for the assembly of the charging infrastructure can be reduced considerably through the use of the robots.”

The compact design of the charging robot is perfectly suited for use in restricted parking areas without charging infrastructures, such as underground car parks. Möller continues: “Even the well-known problem of a charging station being blocked by another vehicle will no longer exist with our concept. You simply choose any parking space as usual. You can leave the rest to our electronic helper.”

The mobile charging robot is a prototype by Volkswagen Group Components, which gives an insight into the future of charging infrastructure. A possible date for the market launch of the charging robot has not been set yet.

Below is a video of it works. 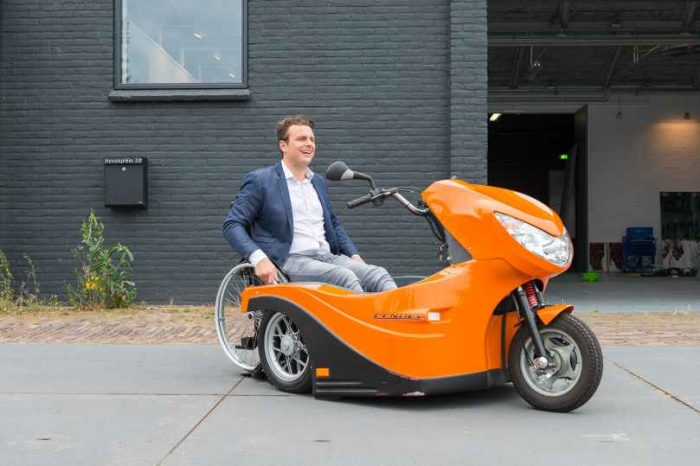 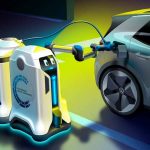