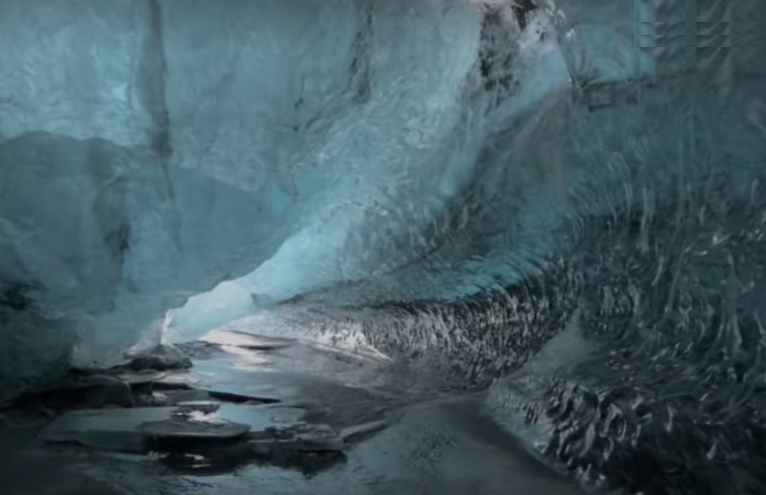 Scientists think they have found a giant “Dark River” flowing far below the frozen cover of the Greenland ice sheet sprawls nearly 1,000 miles long of bedrock. The discovery was made when a team of researchers and scientists from Hokkaido University in Japan and the University of Oslo in Norway when they were updating spotty radar maps.

The researchers revealed a vast underground network that likely drains melted glacier ice from the center of the massive island to the sea, according to Live Science, which first broke news. And since the river would run for hundreds of miles without reaching the surface, researchers have given it an undeniably metal moniker: the “Dark River.”

The team presented their findings at the American Geophysical Union (AGU) annual meeting on December 9. Led by Christopher Chambers, a researcher at Hokkaido University in Sapporo, Japan, the team said they found the so-called “dark river” using simulations that mapped how subglacial water might flow throughout the hidden features beneath the ice.” In the past, planes flying overhead had partially mapped a rocky, subsurface valley under the ice, but their radar coverage of the region left gaps,” Christopher Chambers, said.

Chambers and his colleagues created simulations to explore the valley at different depths and model how water might melt from the surface of a glacier to the depths below to build a clearer picture of what lurks below Greenland’s surface and perhaps creating a flowing river.

“Though considerable uncertainty remains, the results are consistent with a present-day active long subglacial river system that, if confirmed with further radar bed observations, could be over 1,600 kilometers long,” the researchers explain in a summary of the research for their presentation at the AGU. 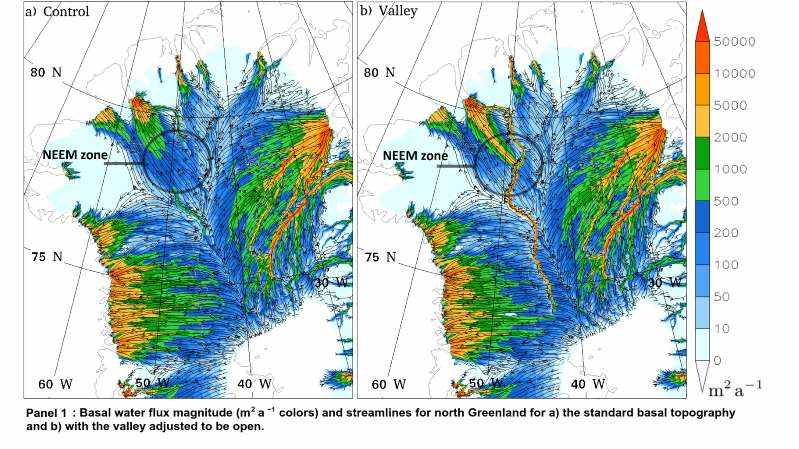 Below is a video from World Economic Forum with a quick overview of their findings.

Below is an Abstract of their findings.

“The Greenland ice sheet may be hiding important geographical features at its base that have the potential to affect ice sheet simulations to an unknown degree. A glimpse of such hidden features beneath the ice can be seen when a train of dips in the bedrock are connected from Petermann Fjord inwards.

This forms a segmented valley extending far into the center of Greenland that appears to be blocked by topographic rises at many points along its route. However, these blockages are shown to be artificial consequences of data interpolation and the available flight radar data contains no evidence to suggest that the valley is blocked.

Therefore, to test whether opening up this valley could affect the subglacial water distribution and ice sheet sliding, SImulation COde for POLythermal Ice Sheets (SICOPOLIS) simulations are utilized with a valley adjusted to be unblocked from the deep interior to Petermann Fjord. The simulations show that opening up this valley creates an uninterrupted subglacial water pathway from central Greenland to Petermann Fjord suggesting that water could flow along its length (Panel 1 in attached image).

The reason this is possible is because from the interior to Petermann Fjord, the valley tracks below a gentle downward ice surface slope as it roughly follows the ice divides (Panel 2). The valley redistributes subglacial water towards Petermann Glacier leading to increased sliding there. There is also a small reduction of sliding in central west Greenland.

The fact that the valley base appears to be relatively flat and follows a path that intersects the east and west basal hydrological basins, is presented as evidence that its present day form developed in conjunction with the overlying ice sheet rather than prior to ice sheet inception as previously proposed. Though considerable uncertainty remains, the results are consistent with a present day active long subglacial river system that, if confirmed with further radar bed observations, could be over 1600 km long. The results raise issues concerning the need to better observe, understand, and simulate the complicated basal hydrology of the Earth’s ice sheets.” 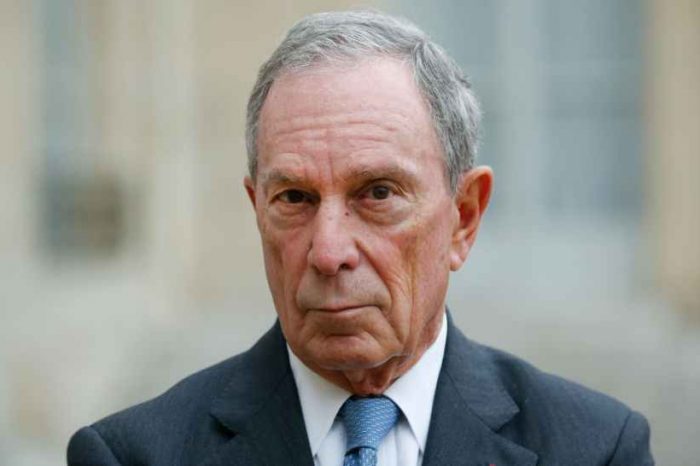 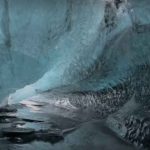