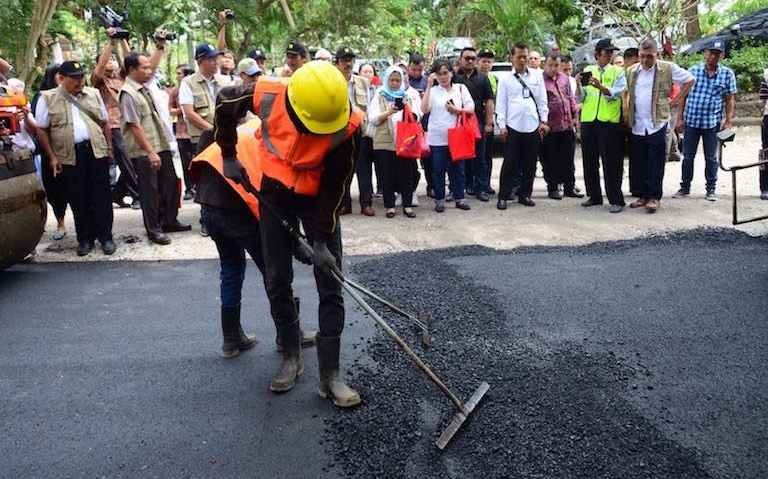 Back in April 2018, we wrote about how a UK startup is using recycled plastic to build better, cheaper, and longer lasting roads. MacRebur is one of the world’s most innovative and sustainable startups you probably never heard of. MacRebur is using up millions of tons of waste plastic that sit in our landfill sites, and reducing millions of dollars spent on new roads, maintenance, and pothole repair to build stronger and longer lasting roads.

MacRebur is not alone. Many countries are now adopting the same idea of reducing environmental waste and reusing world’s scarce resources. As part of its effort to foster sustainable living and reverse reverse the effect of climate change and global warming, the Indian government has constructed an estimated 21,000 miles (33,000 kilometers) of road using recycled plastic in 2017 alone. A large majority of these plastic roads in rural areas.

Normally roads comprise around 90% rocks, limestone, sand etc., and up to 10% bitumen to bind it. But bitumen is extracted from crude oil, it makes the cost of the road very expensive, and the resource is not renewable. With roads made with recycled plastic, the secret lies in the mixture of plastic pellets. The roads are laid with a combination of shredded plastic waste and tar, a process that’s half as costly as traditional asphalt-laying.

It also costs less to acquire plastics. They can be found everywhere in India. “In order to ensure a plastic-free environment, road laying in corporations and municipalities is being done on plastic waste technology,” Municipal Administration Minister S P Velumani told the State Assembly.

According to a report from World Economic Forum, “Every one of India’s 1.3 billion people uses an average 11kg of plastic each year. After being used, much of this plastic finds its way to the Arabian Sea and Indian Ocean, where it can maim and kill fish, birds and other marine wildlife.”

Here is good news. India fishermen are doing something to reduce the amount of plastic dumped into the ocean. In India’s southern state of Kerala, for example, Indian fishermen are taking on the battle to cut the level of plastic waste in the oceans. When the trawlers drag their nets through the water, they end up scooping out huge amounts of plastic along with the fish. Until recently the fishermen would simply throw the plastic junk back into the water.

“But last summer Kerala’s fisheries minister J. Mercykutty Amma started a scheme to change this. Under her direction, the state government launched a campaign called Suchitwa Sagaram, or Clean Sea, which trains fishermen to collect the plastic and bring it back to shore,” the report says.

Using recycled plastic is a cheaper alternative to conventional plastic additives for road surfaces. Every mile of plastic road uses the equivalent of a million plastic bags, saving around one tonne of asphalt. Each mile costs roughly 8% less than a conventional road. And plastic roads help create work. As well as the Keralan fishing crews, teams of on-land plastic pickers across India collect the plastic waste. They sell their plastic to the many small plastic shredding businesses that have popped up across the country.

Below is a video of how India has built 21,000 miles of road ways using plastic waste. 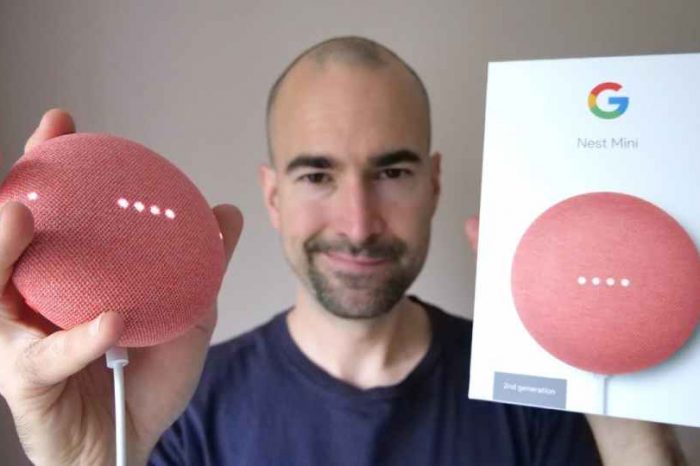 Booking.com partners with Google Nest to build a more connected and seamless trip experience for travelers 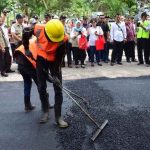