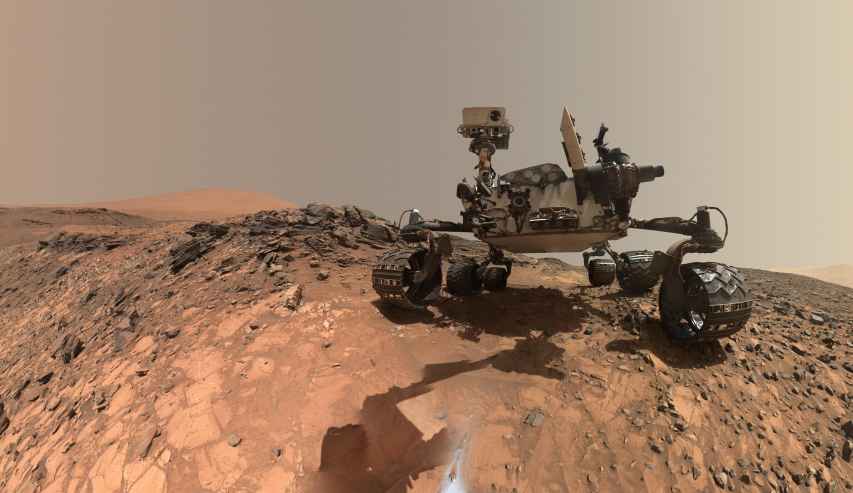 Something weird is going on Mars. First it was methane and now its oxygen, another biomarker gas. With Mars methane mystery still unsolved, NASA scientists were baffled to learn about the seasonal changes in the gases that fill the air directly above the surface of Gale Crater on Mars. According to a new research published in the Journal of Geophysical Researchon Tuesday, “oxygen has been observed to show significant seasonal and year‐to‐year variability, suggesting an unknown atmospheric or surface process at work.

For the first time in the history of space exploration, scientists noticed something baffling: oxygen, the gas many Earth creatures use to breathe, behaves in a way that so far scientists cannot explain through any known chemical processes. According to the report, NASA Curiosity rover detected an unexplained increase in oxygen concentrations on the Red Planet. While the cause is the seasonal variation is still unclear, report comes just months after the rover detected a spike in methane.

Curiosity landed on Mars in Gale Crater more than seven years ago, and since then it has beamed back more data on the geology of the planet than scientists dared hope. The rover has discovered mineral deposits that point to water in the planet’s past, possible organic compounds, and numerous interesting geological features.

“Over the course of three Mars years (or nearly six Earth years) an instrument in the Sample Analysis at Mars (SAM) portable chemistry lab inside the belly of NASA’s Curiosity rover inhaled the air of Gale Crater and analyzed its composition. The The results SAM spit out confirmed the makeup of the Martian atmosphere at the surface: 95% by volume of carbon dioxide (CO2), 2.6% molecular nitrogen (N2), 1.9% argon (Ar), 0.16% molecular oxygen (O2), and 0.06% carbon monoxide (CO). They also revealed how the molecules in the Martian air mix and circulate with the changes in air pressure throughout the year. These changes are caused when CO2 gas freezes over the poles in the winter, thereby lowering the air pressure across the planet following redistribution of air to maintain pressure equilibrium. When CO2 evaporates in the spring and summer and mixes across Mars, it raises the air pressure.”

Within this environment, scientists found that nitrogen and argon follow a predictable seasonal pattern, waxing and waning in concentration in Gale Crater throughout the year relative to how much CO2 is in the air. They expected oxygen to do the same. But it didn’t. Instead, the amount of the gas in the air rose throughout spring and summer by as much as 30%, and then dropped back to levels predicted by known chemistry in fall. This pattern repeated each spring, though the amount of oxygen added to the atmosphere varied, implying that something was producing it and then taking it away. 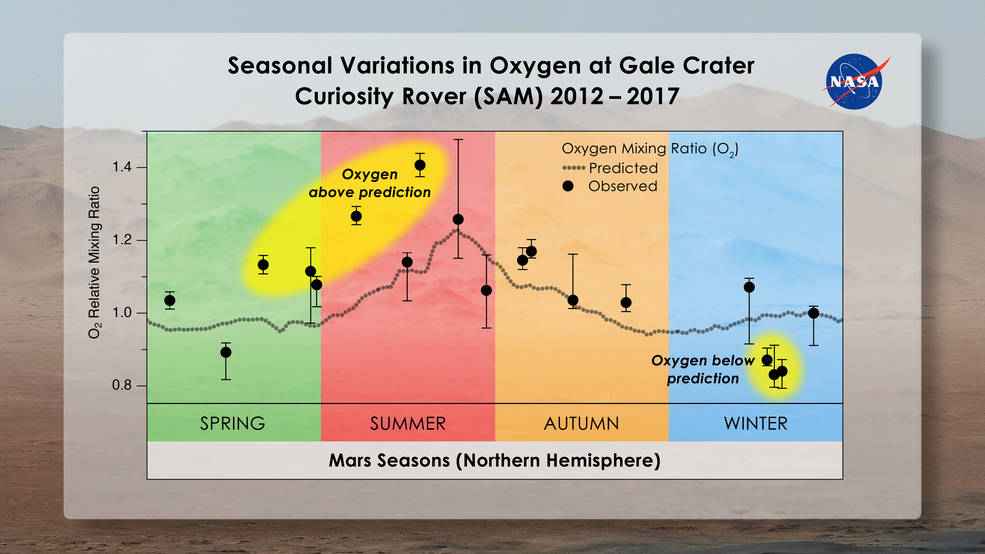 “The first time we saw that, it was just mind boggling,” said Sushil Atreya, professor of climate and space sciences at the University of Michigan in Ann Arbor. Atreya is a co-author of a paper on this topic published on November 12 in the Journal of Geophysical Research: Planets.

“We’re struggling to explain this,” said Melissa Trainer, a planetary scientist at NASA’s Goddard Space Flight Center in Greenbelt, Maryland who led this research. “The fact that the oxygen behavior isn’t perfectly repeatable every season makes us think that it’s not an issue that has to do with atmospheric dynamics. It has to be some chemical source and sink that we can’t yet account for.”

To scientists who study Mars, the oxygen story is curiously similar to that of methane. Methane is constantly in the air inside Gale Crater in such small quantities (0.00000004% on average) that it’s barely discernable even by the most sensitive instruments on Mars. Still, it’s been measured by SAM’s Tunable Laser Spectrometer. The instrument revealed that while methane rises and falls seasonally, it increases in abundance by about 60% in summer months for inexplicable reasons. (In fact, methane also spikes randomly and dramatically. Scientists are trying to figure out why.)

With the new oxygen findings in hand, Trainer’s team is wondering if chemistry similar to what’s driving methane’s natural seasonal variations may also drive oxygen’s. At least occasionally, the two gases appear to fluctuate in tandem.

“We’re beginning to see this tantalizing correlation between methane and oxygen for a good part of the Mars year,” Atreya said. “I think there’s something to it. I just don’t have the answers yet. Nobody does.”

You can read the whole story at NASA.gov 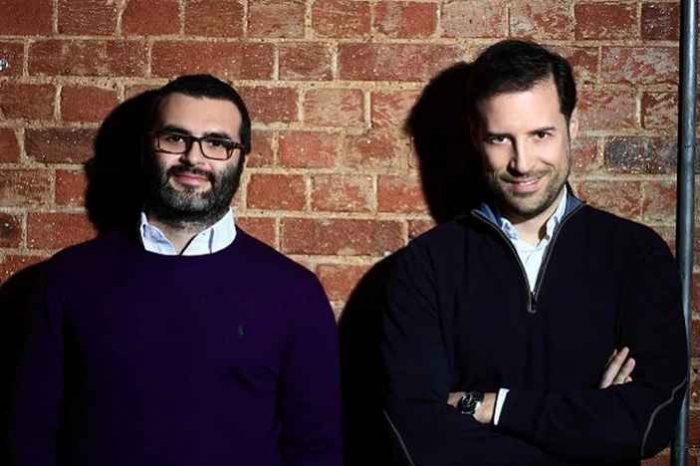 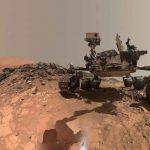