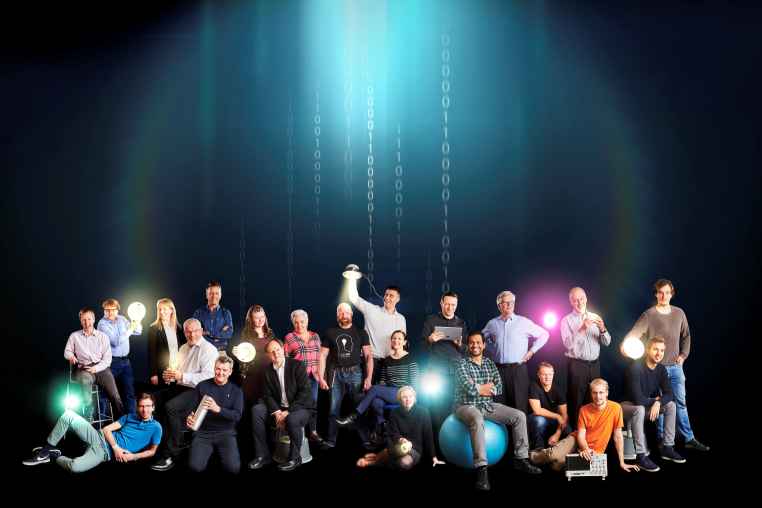 The demand for wireless connectivity is growing exponentially due to the fast growth in smart living, massive IoT, VR/AR and autonomous systems. LiFi (short for light fidelity) can serve as the largest pipe for data providing 1000 times the bandwidth of the entire radio spectrum. The LiFi market is expected to reach $75 billion by 2023, according to a forecast by Global Market Insights.

To take advantage of this massive market opportunity and lead the advancement of LiFi chipsets for consumer devices, pureLiFi is a Light communication startup company creating OEM components, including LiFi transmitters and receivers for mobile device and lighting manufacturers. pureLifi aims to bring the technology ever closer to the hands of everyone.

Today, the Edinburgh, UK-based pureLiFi announced it has closed $18M Series B funding to provide LiFi technology to mass-market mobile device and lighting manufacturers. The funding round includes Temasek, an investment company headquartered in Singapore, and the Scottish Investment Bank. The investment will allow the company to further develop Gigabit LiFi components and make them available in form factors ready for mobile device integration.

Founded in 2012 by Prof. Haas and Dr Afgani as a spin-out of the University of Edinburgh, pureLiFi is a Light communication company that creates OEM components, including LiFi transmitters and receivers for mobile device and lighting manufacturers. The startup was formed in response to the exponential growth in global demand for wireless bandwidth. pureLiFi has grown its international customer base around the world with international partnerships in place with organisations such as Cisco, Wipro, Zumtobel, O2 Telefonica and Getac.

LiFi  (short for light fidelity) is a mobile wireless technology, which utilizes light to transmit data and position between devices rather than radio frequencies. The term was first introduced by Harald Haas during a 2011 TEDGlobal talk in Edinburgh. The technology is supported by a global ecosystem of companies driving the adoption of LiFi, the next generation of wireless that is ready for seamless integration into the 5G core.

pureLiFi announced their move from LiFi systems to components at Mobile World Congress in February where they demonstrated new Gigabit LiFi integrated into a laptop. Since their announcement pureLiFi have been working with device manufacturers to have LiFi designed into commercial laptops, tablets and mobile devices. Recently pureLiFi announced its collaboration with Getac, the leading manufacturer of rugged tablets and PC’s. They have also worked with leading companies across several industries such as telecommunications company O2 Telefonica, lighting companies Zumtobel and Wipro.

“Device manufacturers are looking for new ways to provide devices with faster, more reliable and secure connectivity. LiFi is the natural next step in the evolution of global wireless communications and pureLiFi is leading the way to provide this technology to the market.” Says pureLiFi CEO Alistair Banham. “Our investors believe in our team and our strategy to provide LiFi for every light and every device, and we have the products to support mobile device integration of LiFi.”

LiFi enables the transfer of the internet through light without the use of radio frequencies used by other technologies such as Wi-Fi and Cellular. By using the light, spectrum LiFi can unleash faster, more reliable and more secure wireless data communication. “After more than a decade of persistent and systematic development of key technologies for wireless communications using light and the demonstration of the almost unlimited capabilities of LiFi for secure gigabit wireless connectivity for many use cases such as machine-to-machine communication, we are now at the precipice of a watershed moment for LiFi. I am absolutely delighted that we are now empowered to get the LiFi mass-market avalanche in motion!” Says Professor Harald Haas, co-founder and CSO of pureLiFi.

LiFi has increasingly gathered industry support as the market has identified the technologies advantages. Currently, the technology is being globally standardized under 802.11, which is on schedule to be fully ratified in early 2021. In June of this year, a global Light Communications Alliance (LCA) was formed to develop new use cases, educate the market and advocate the use of standards for this emerging industry. The organisation was founded by leading industry brands such as Nokia and Liberty Global along with LiFi providers, including pureLiFi. 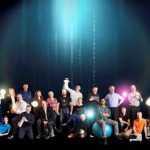