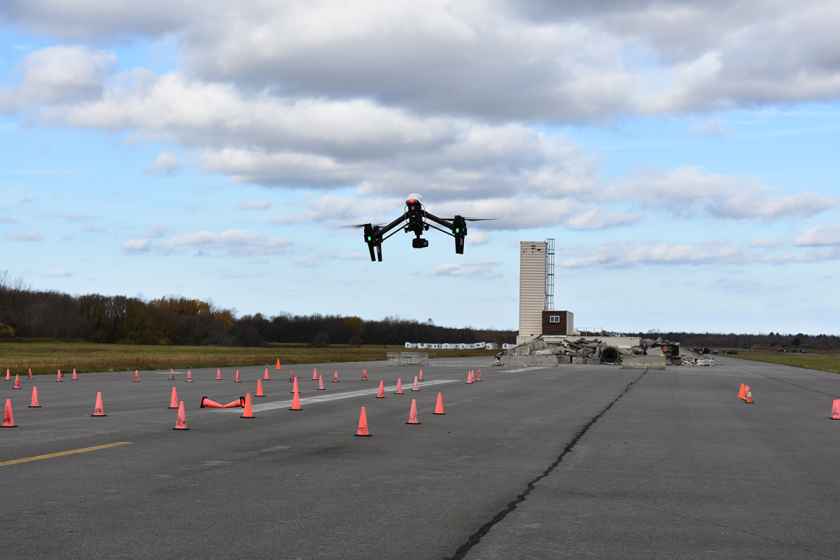 NUAIR hosted its first New York UAS Public Safety Fly-In, bringing more than 100 public safety officials from across New York State to the State Preparedness Training Center (SPTC) in Oriskany, New York. Unmanned aircraft systems (UAS), commonly referred to as drones, can be utilized by many organizations to help save time, money, resources and in the case of public safety – lives. With the help of New York State public safety officials, New York State Division of Homeland Security and Emergency Services and the SPTC staff, participants had a successful day of learning and flying drones in multiple emergency scenarios setup throughout the SPTC.

“Unmanned Aerial Systems have rapidly become a critical component of emergency response operations, making it essential first responders have the training they need to utilize these devices in the field,” said New York State Homeland Security and Emergency Services Commissioner Patrick A. Murphy. “Thankfully for New Yorkers, our first responders need not look any further than the 1,100-acre State Preparedness Training Facility in Oriskany to receive the best training available. Not only does the property feature multiple training venues which provide the opportunity to train in several different scenarios, but our expert staff has developed and delivered one of the nation’s strongest curriculums to more than 750 public safety officials.”
Indoor flights led by law enforcement officials from the Albany County Sheriff’s Office and New York State Police taught participants the many challenges of indoor flight, tactical flights, the use of thermal cameras and crime scene investigation.

“If we can deploy a drone during an active situation where firearms or explosives may be in play, we’re going to do it,” said Lee Bormann, Chief Deputy of the Albany County Sheriff’s Department. “Being able to fly a drone around a corner or through a window to gather potentially life-saving intel is invaluable.”

Another scenario laid out on the old runway at the SPTC was a rubble pile which included broken down buildings and debris, disabled vehicles and an active smoke machine to simulate this real-life scenario. Albany Fire Department, New York City Fire Department (FDNY) and Washington County Public Safety officials showed participants how to scan the rubble pile using an infrared camera and hazmat gas-sensing equipment. The infrared camera detects heat and produces a thermal image on the pilot’s remote-control display to help identify things like people and fire within the rubble pile.

The third scenario, led by Syracuse Fire Department and FDNY officials was “disaster village”, a scene filled with multiple buildings, hazardous materials and open flames. Participants had to fly their drone through this smoke-filled village to find “people” (heat-sensor mannequins) trapped within and around the buildings and gather intel on the open flames. Then they learned how to properly take pictures with their drone for accurate scene documentation and post-emergency education.

The fourth scenario was a search and rescue mission in a highly wooded area led by Scotia and Rock Hill firefighters. Participants learned the added difficulty of flying their drone in and around trees while utilizing their infrared camera to spot “people” lost in the woods. They also learned how to program their drone to automatically fly in a “lawn-mower” pattern to accurately scan the wooded area, assuring every inch was looked over.

“We [NUAIR] are making a concerted effort to help train and educate New York State emergency personnel on the proper use and implementation of drones into their operations,” said Michael Hertzendorf, CEO of NUAIR. “It was great to see the incredible participation from public safety organizations and to begin to work with them to help them understand how drones can be utilized to support their work and ultimately be deployed, helping them save lives faster.”
Public safety organizations are beginning to adopt and implement UAS into their everyday operations and NUAIR has already helped multiple organizations start and implement their drone programs, including: Syracuse Fire Department, Albany County Sheriff’s Office and New York State Department of Environmental Conservation.

NUAIR, along with its UAS Central partners in Central New York and the Mohawk Valley plan to launch a New York State public-private partnership program “NYFLY” in early 2020. The goal of the program is to enhance NYS public agency operations by identifying key issues and operations that unmanned aircraft can assist with and partnering the public agency with the appropriate private company to help solve these issues and enhance operations. 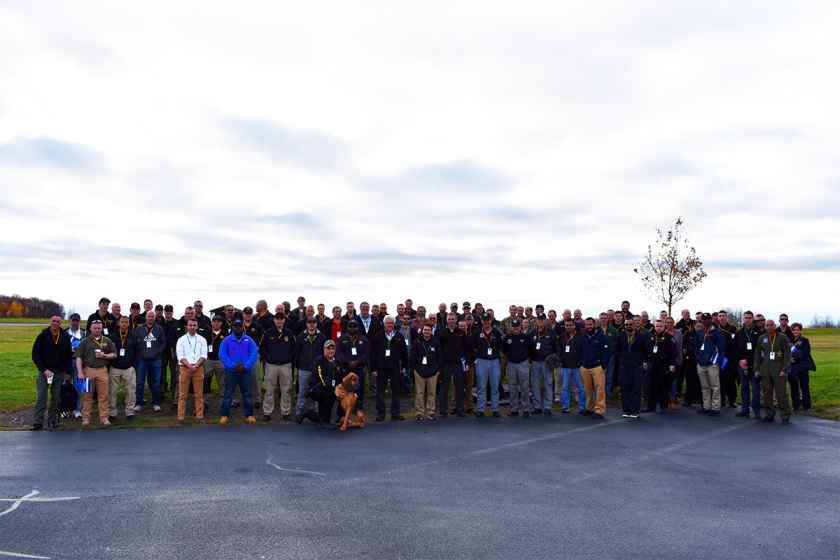 About NUAIR
NUAIR (Northeast UAS Airspace Integration Research) is a New York based nonprofit organization that provides unsurpassed expertise in unmanned aircraft systems (UAS) operations, aeronautical research, safety management and consulting services. Headquartered in Syracuse, NUAIR manages operations of the New York UAS Test Site at Griffiss International Airport in Rome, NY, one of just seven FAA-designated UAS test sites in the United States, which is responsible to the FAA and NASA to conduct operations for UAS testing. NUAIR is responsible for the continued development and advancement of New York’s 50-mile UAS corridor between Syracuse and Rome, facilitating beyond visual line of sight testing, commercial operations, and the safe integration of UAS into the national airspace. Visit www.nuair.org to learn more. 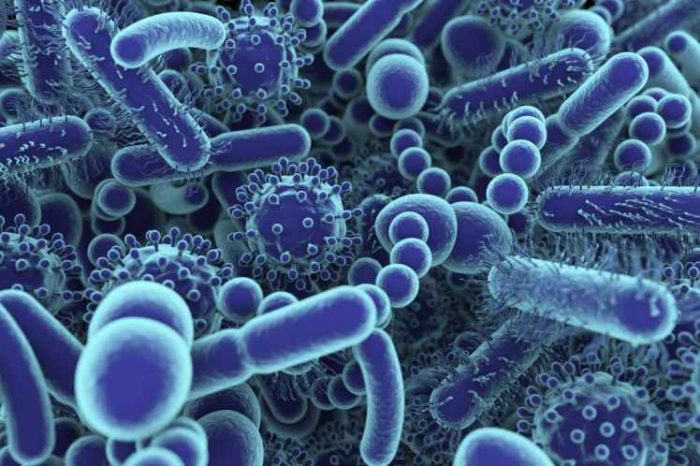 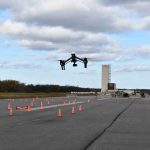