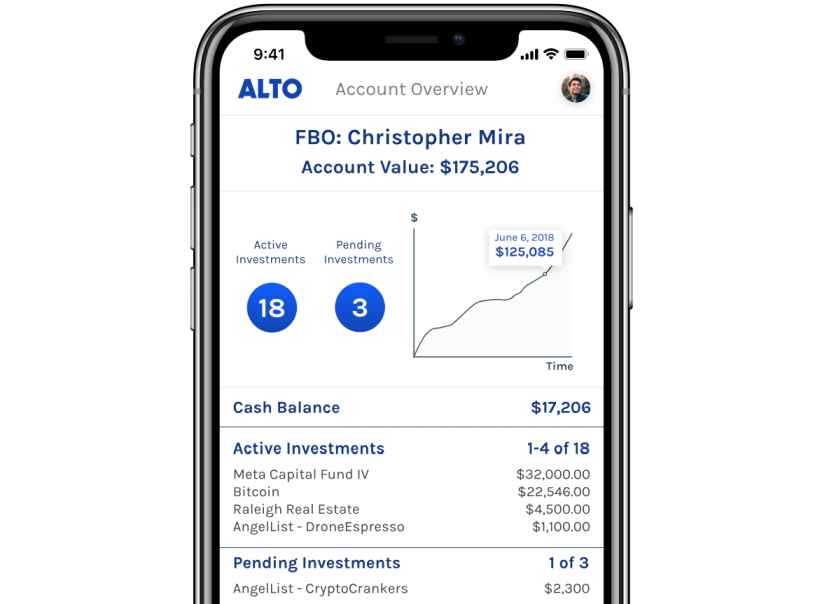 According to the Investment Company Institute (ICI), Americans have more than $28 trillion of assets in retirement accounts, including $9 trillion in IRAs. And, while Americans have always been allowed to invest in alternative assets with an IRA, only about one percent of IRA assets are invested that way due to the complexities in the paperwork and processes in setting them up and executing transactions.

Enter Alto, a fintech startup and technology platform that enables anyone to establish a self-directed IRA and invest their savings in real world assets like private companies. Alto takes the headaches, paper cuts, and general frustration out of alternative investing so you can focus entirely on the excitement of fueling the people, projects, and passions you know and trust.

Today, Alto announced it has closed $5.4 million seed round to democratize alternative asset investing. The round was led by Jefferson River Capital, the family office of Tony James, Executive Vice Chairman of Blackstone, and Moment Ventures, a Palo Alto-based venture capital firm. Other backers include Foundation Capital, Sequoia’s Scout Fund, and Amplify.LA.

Alto provides investors with an opportunity to achieve true asset diversification in their portfolios while maintaining tax advantages in their retirement savings. The Alternative IRA™ from Alto (an “AltoIRA”) is an individual retirement account that gives investors the freedom to invest in alternative assets like startups, private companies – including private equity and VC funds – real estate, marketplace loans, and digital currencies. In addition to direct company investments, Alto makes it simple and fast to invest on leading investment platforms like AngelList.

“Since researching and co-authoring Rescuing Retirement, Tony has been focused on the retirement system in the US and concerned that more Americans than ever are approaching retirement with inadequate savings,” said David Wittels, President of Jefferson River Capital. “The existing 401(k) and IRA system requires Administrators to offer predominantly short-term, liquid investments, a structural bias that leads to subpar returns in comparison to pension funds and endowments invested in longer-term, less liquid alternatives.”

“Tony and I have been impressed with Alto’s mission to empower individuals to rethink the way they invest for retirement and the progress they’ve made to date. We are excited to help them grow even faster and make investing in alternative assets via Alto easy and accessible for anyone with a retirement savings account.”

Before Alto, investors interested in diversifying their IRAs with alternatives were faced with expensive manual processes and mountains of confusing paperwork. Alto’s streamlined system uses automated technology to distill the process to its simplest form, making it easier and much less expensive for both investors and those raising capital, also known as issuers.

“We’re thrilled to have Tony’s support and for Jefferson River and Moment Ventures to share our belief in democratizing alternative asset investing,” said Eric Satz, CEO of Alto. “They’ll play a vital role as we give more people the access and help they need to invest their retirement savings in alternative assets, like venture capital, crowdfunding and real estate.” 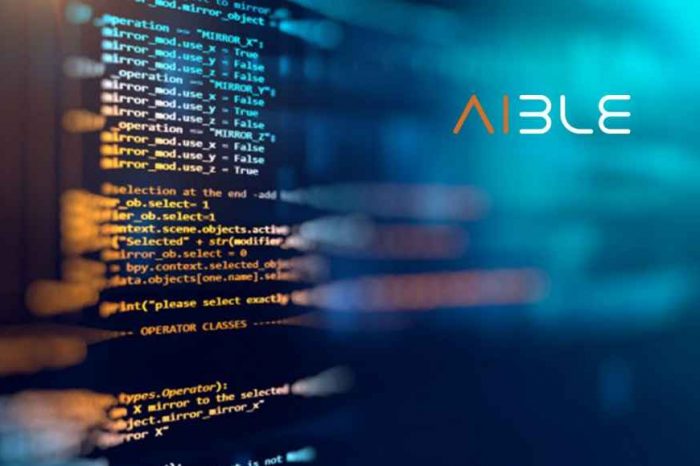 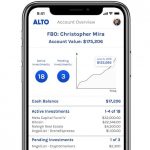