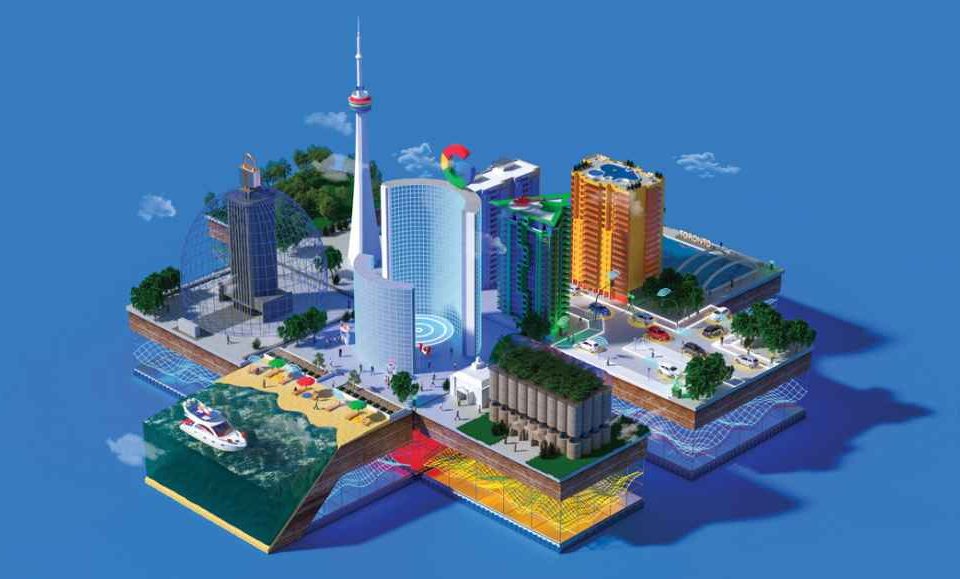 Following 18 months of work and consultation with more than 21,000 Toronto residents, Sidewalk Labs today made public its Master Innovation & Development Plan (MIDP), a proposal to create the neighborhood of the future—with higher levels of sustainability, affordability, and ease of transportation—on Toronto’s eastern waterfront.

Titled Toronto Tomorrow, the plan is a guidebook for how innovation can help achieve inclusive, sustainable growth—and a plan to create an estimated 44,000 jobs, $4.3 billion in annual tax revenues, and $14.2 billion in annual GDP impact 1,500-page proposal developed in consultation with more than 21,000 Torontonians would accelerate development on Toronto’s eastern waterfront by a decade.

Sidewalk Labs is Alphabet Inc.’s urban innovation organization. Its goal is to improve urban infrastructure through technological solutions, and tackle issues such as cost of living, efficient transportation and energy usage. Sidewalk Toronto is a joint effort by @Waterfront Toronto and Alphabet’s @Sidewalk Labs to do something historic on the shore of Lake Ontario: to create a new kind of mixed-use, complete community. We couldn’t be more excited to do this in partnership with Torontonians. We need your ideas, your aspirations, your critiques, your concerns. The neighborhood of the future starts with your ideas.

The new approach for inclusive growth, spans three volumes plus an overview, more than 1,500 pages in all, and includes detailed plans for dozens of innovations—from thermal and advanced energy grids, to factory-based construction of timber buildings, to a dynamic mobility network with heated bike lanes and adaptive traffic signals—that in combination aim to dramatically increase sustainability, affordability, and ease of transportation, and improve many other facets of urban life. Toronto Tomorrow can be explored and downloaded in full at www.sidewalktoronto.ca.

Implementation of the plan would produce an economic windfall for Toronto, Ontario, and Canada,
and accelerate the development of Toronto’s eastern waterfront by a decade. Sidewalk Labs
proposes to provide, along with local partners, up to $1.3 billion in funding and financing, which
would catalyze $38 billion in investment, primarily by third parties, by 2040. A report released
today by the Toronto-based consultancy urbanMetrics quantified the effects of Sidewalk Labs’
proposal, estimating that at its fullest scale, it would directly create 44,000 jobs (27,000 more
than would be created in a business-as-usual baseline scenario), generate $4.3 billion in annual
tax revenues ($2.8 billion more than the baseline), and add $14.2 billion annually in Canadian gross domestic product ($9 billion more than the baseline).

Dan Doctoroff, CEO of Sidewalk Labs, said: “This proposal aims to do something extraordinary
on Toronto’s eastern waterfront: create the neighborhood of the future in the right kind of way,
with people at its center, and with cutting edge-technology and forward-thinking urban design
combining to achieve ambitious improvements in the urban environment and in the way we all live.
Waterfront Toronto set a high bar for what it hopes to achieve with this project, and we believe
we can meet it. If, together, we can shorten commute times for hard-working households, make
housing more affordable, and create a new standard for a healthier planet, then the world will
take notice.”

Toronto Tomorrow includes detailed plans for Quayside, a five-hectare site primarily owned by
Waterfront Toronto, and envisions a new Canadian headquarters for Google on the western edge
of Villiers Island to serve as an economic anchor for the revitalization of the Port Lands. These
are the only areas that Sidewalk Labs, together with local partners, would develop—representing
less than 7% of the eastern waterfront. The proposal outlines governance structures to enable the
ideas, innovations, and infrastructure systems piloted in these areas to scale across a broader
area representing about one-third of the eastern waterfront, known as an Innovative Development
and Economic Acceleration (IDEA) District. Government would decide whether to scale the project
beyond Quayside and Villiers West, with real estate development done by other parties.

Doctoroff continued: “Our approach is inspired by Toronto’s deep commitment to inclusivity.
We are not interested in creating a corporate campus or a gated community, but rather a diverse
neighborhood that embraces the complexity and serendipity that makes cities great. Our
plan puts the public sector in the driver’s seat in a way that stands in contrast to the clashes
between other startups and city governments. Sidewalk aims to partner with government in
order to create the conditions for real estate developers, civic organizations, tech companies,
and residents, workers, and visitors to build a great community in the decades to come. We look
forward to Waterfront Toronto’s consultation and evaluation process, which we hope will lead
to the implementation of this plan.” 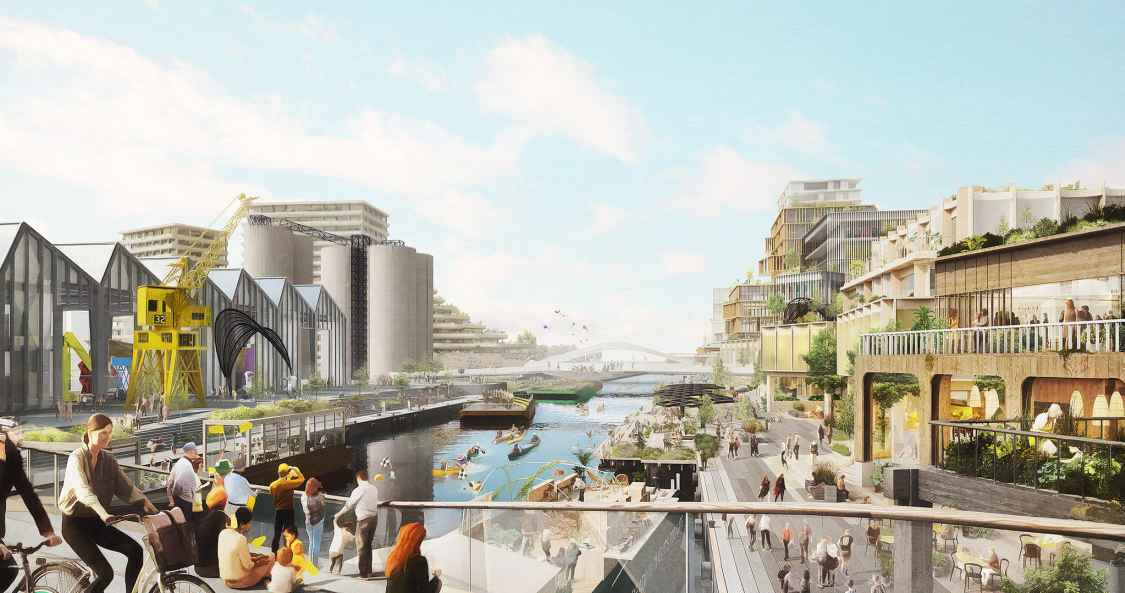 “We heard that they don’t want us to be the developer of the entire waterfront,” CEO Dan Doctoroff said in a briefing, referring to Toronto citizens and community groups. “They want us to do the minimum necessary to create the impact that everyone agrees is their hope and dream for this waterfront so we completely reoriented our role in a way we think does that.”

The company aims to spend a total of $3.9 billion in those areas, including an $80 million dollar investment in creating a local lumber mill. Sidewalk said it expected $900 million of equity investment with local partners, across Quayside and Villiers West, which Sidewalk will call “The Idea District.” Doctoroff said Sidewalk aims to get a 10 percent profit sharing deal with local government for 10 years for “certain technologies” deployed in the Idea district.

The plan will now go into public consultation where governments will ultimately decide later this year or early 2020. 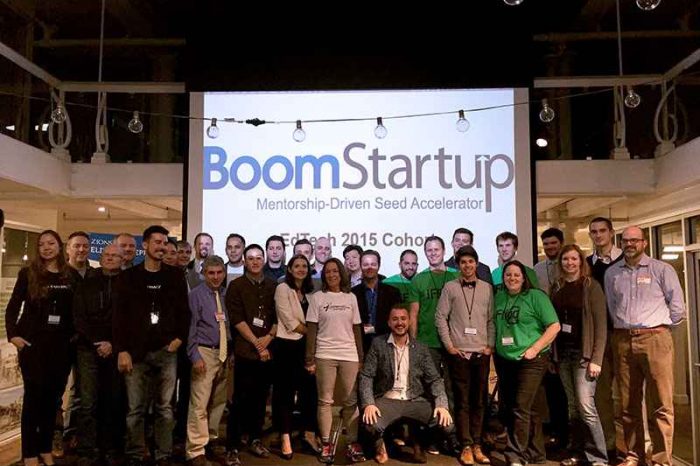 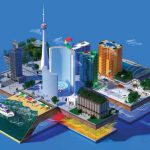