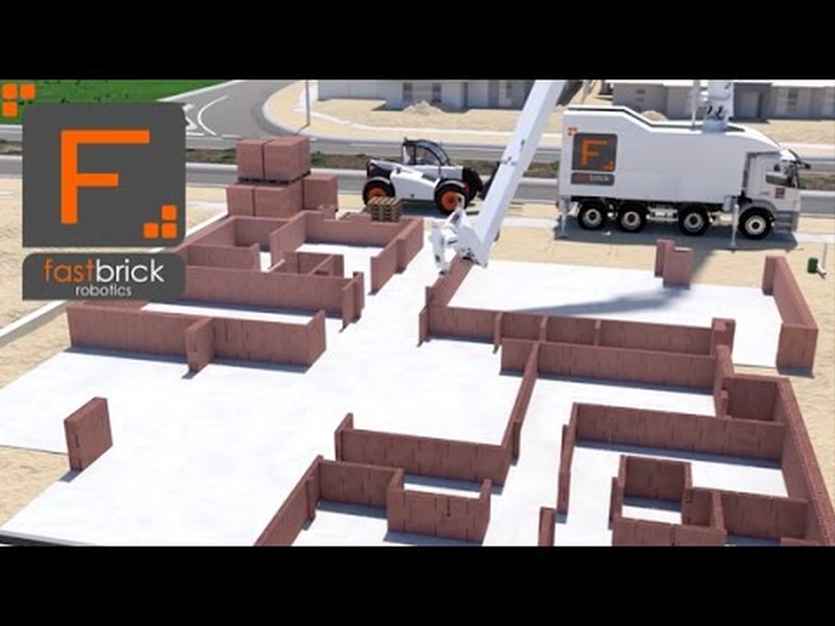 Humans have been laying bricks in the same way for the past 6,000 years. That’s about to change.  Fastbrick Robotics, an Australian robotics company has created Hadrian X, a bricklaying robot that can print a brick house in just three days. Originally unveiled in 2015, Hadrian X is a globally patented 3D robotic bricklaying system and marks the transition to dynamically stabilized robots (DSR) operating outdoors in uncontrolled environments.

Fastbrick Robotics’ revolutionary bricklaying machine Hadrian X represents the first application of the Company’s underlying intellectual property portfolio. Hadrian X is a unique construction robot mounted into a classic cab over engine truck to easily transport it to and from a location for on-site building. The robot component could also be mounted onto other bases such as tracks, barges, boats and cranes to bring this unique capability to a range of environments.

The Fastbrick Wall System uses optimised blocks specifically designed for Hadrian X. They are approximately 12 times bigger than standard house bricks and are lighter, stronger and designed to minimise waste. The blocks are fused together using a special adhesive, which bonds in just 45 minutes, holds stronger and results in greater thermal and acoustic properties than traditional mortar. No more lost days waiting for mortar to dry. 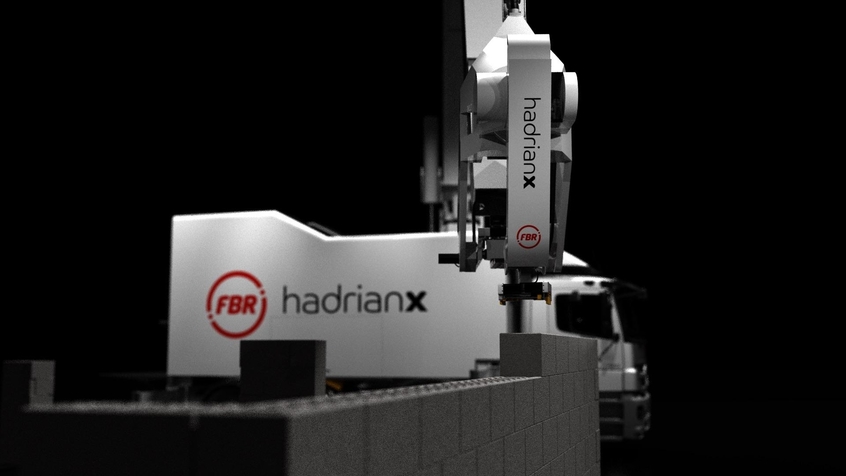 The robot has caught the attention of construction company Caterpillar and other big companies are taking notice. Back in 2017, equipment giant Caterpillar invested $2 million in Fastbrick Robotics.  into the technology, with the option to throw in an extra $8 million down the track if Fastbrick’s shareholders approve. According to a financial report released in April, the first commercial versions of Hadrian X are due to be delivered by the end of 2017.

Fastbrick is currently advancing its robotics technology through a Memorandum of Understanding (MOU) with Caterpillar Inc. demonstrating global scalability and a MOU with the Kingdom of Saudi Arabia highlighting customer demand for Fastbrick’s technology. Fastbrick recently entered into a joint venture with Brickworks to supply Wall as a Service™ for the Australian market via 50/50 joint venture company Fastbrick Australia Pty Ltd.

Below are videos of Handrian X in action. 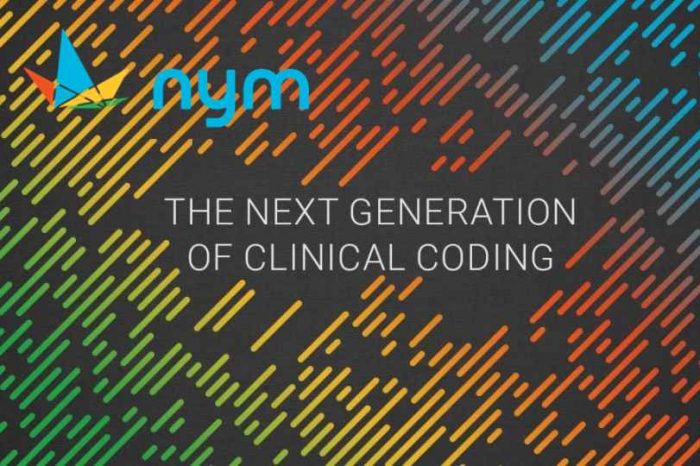 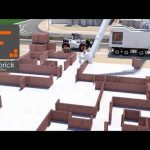