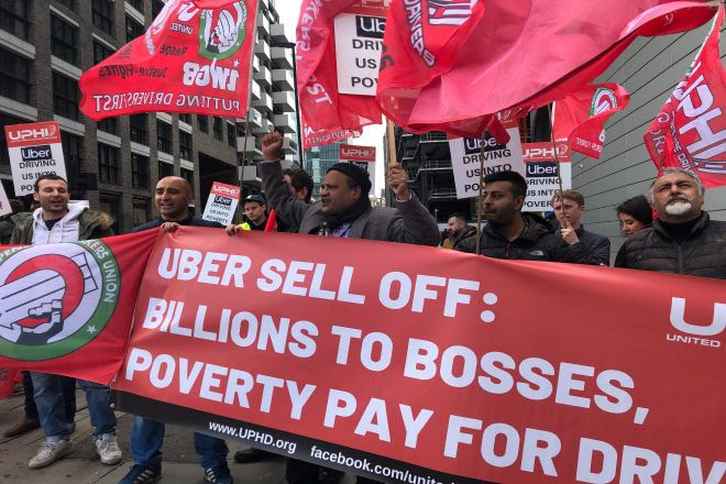 Good morning! Below are some of the top tech startup news stories for Thursday, May 9.

Uber drivers’ strike takes off in front of company headquarters ahead of $90 billion IPO. In another spell of negative publicity for Uber ahead of its IPO debut tomorrow, Uber drivers are going strike with demands for  pay increase and better treatment. Lyft drivers also joined Uber drivers in the strike. Uber says it’s offered drivers more consistent earnings and insurance protections. Lyft says drivers earn $20 an hour on average, while most use the app to supplement their existing jobs. It marks another spell of negative publicity for Uber, just as the company gets ready to list its shares on the New York Stock Exchange.

The Wonder, a tech startup backed by former Yahoo CEO Marissa, wants $5,000 a year for a VIP family playspace. The Wonder, a New York City-based startup that recently raised $2 million in seed funding from investors, including former Yahoo CEO Marissa Mayer, and others, just opened an 8,000-square-foot center high-end exclusive club. According to CNN, the new center, which is based New York’s Tribeca neighborhood on Sunday, Mother’s Day, aims to give families who can afford it a community and a place to go, where they’ll see familiar faces, keep kids entertained and enjoy the space themselves, all for $5,000 a year. The startup hopes to open more spaces in the New York City area and expand across the United States.

Cybersecurity insurance startup Coalition raises $40 million in Series B funding. Coalition, an insurtech startup that provide  free cyber security tools and up to $10 million of insurance coverage to forward-thinking companies around the world, has raised $40 million in its latest round of funding to assess a company’s security posture. The funding will also expand its engineering and incident response team. The round was led by Fintech investment giant Ribbit Capital led the investment with participation from Greenoaks Capital and Hillhouse Capital.

Bitcoin hits $6,000 for the first time in 6 months. Bitcoin is on tear. The world’s most popular cryptocurrency hits $6,000 for the first time since November of 2018. At 00:57 UTC on Thursday, Bitcoin’s market capitalization rose above $100 billion, $1.45 billion or 1.39 percent of which entered the market in the last 24 hours. It’s hard to say what’s behind the recent Bitcoin’s price surge, but the token has been slowly gaining ground and more investment firms are expressing interest in trading cryptocurrencies. Not everyone is bullish about Bitcoin. Economist Nouriel Roubini recently called Bitcoin the “mother and father of all bubbles.”

Executives at bike sharing startup Mobike are raising $20 million to buy out the European business. Mobike executives in Europe are raising $20 million from outside investors as part of a plan to spin off the European operation. Citing an email sent from Mobike to investors, The Telegraph reported that the company’s European arm is in the final stages of a management buyout from Meituan-Dianping, the bike-rental startup’s Chinese owner. Founded in 2015 Davis Wang, Weiwei Hu, and Yiping Xia, Meituan Bike (formerly Mobike) is a Chinese fully station-less bicycle-sharing system.

LunaPBC raises $4.6 million to accelerate the growth of LunaDNA, the first community-owned genomic & health data platform. LunaDNA is the first health and genomic data platform owned by its community of personal health information donors. Unlike Ancestry.com and 23andMe, Luna DNA does not provide DNA sequencing or analysis itself. Instead, Luna DNA incentivizes the sharing of health and DNA data for research. LunaDNA rewards people for sharing the data they already own while contributing to medical research and discovery that saves lives. Now LunaPBC, the founder of LunaDNA, today announced it has closed $4.6 million in new funding to accelerate research partnerships, onboard new partners such as Genetic Alliance, and expand platform development and marketing teams. The new round, which brings the total funding to date to $7.6 million, was back by key investors including ARCH Venture Partners, Bain Capital Ventures, F-Prime Capital, Illumina Ventures, and Osage University Partners. 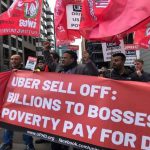